Back in May, I started a new job, got broken up with, quit said new job, packed all of my belongings into a rental car, moved out of New York and bought a van—all within the same week. Now, I’m sure you’ve heard of all those I quit my job to travel the world stories—and believe me, I’ve rolled my eyes at them, too. But then I got the chance to live out that dream—and now I’m here to share my experience with you.

If this sounds impulsive, well, know that I’ve wanted to move into a van and travel across North America for as long as I can remember. In fact, in high school, I had a cutout poster of the United States plastered above my bed with each state represented by its license plate. I’d fall asleep every night to a dream of packing up a bag and hitting the road the moment I turned 18. But instead, I graduated from college, moved out of my apartment and hopped on a plane to New York City to start a nine-to-five job—again, all within the same week.

So when I finally got the chance to literally pack up a bag and jump on the road, you betcha I took it. 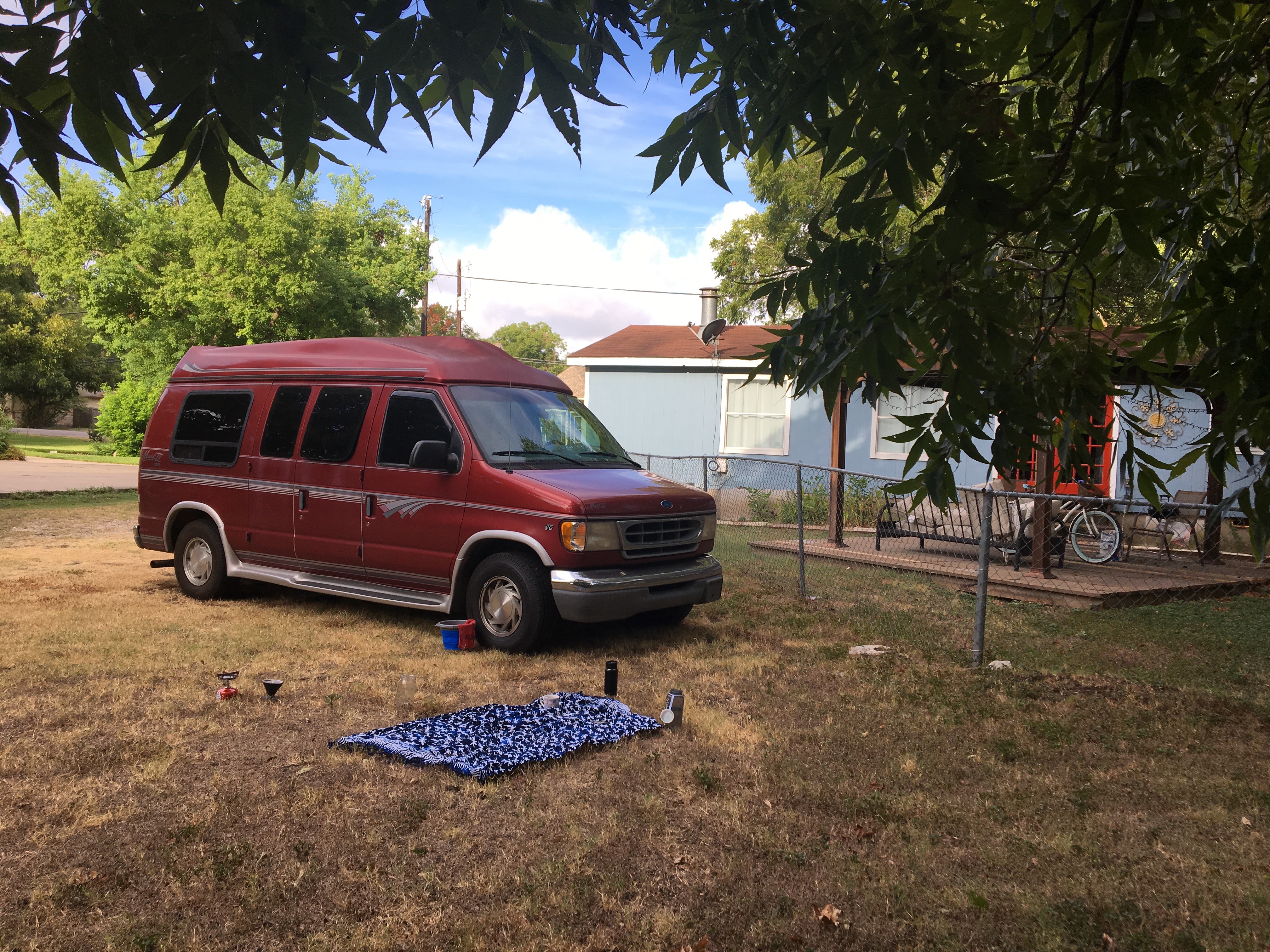 But first, I want to point out that I am privileged.

I am incredibly grateful to be in a situation that allows me to do this. I know that the opportunity to quit one’s job and live comfortably off of savings is not a situation that everyone can afford—and I embrace that awareness entirely. This is much less of a fuck the system! situation and more of a I’m getting the chance to live out my dream scenario. So without further adieu …

Here’s How Much It Cost to Convert My Van Into a Home on Wheels: 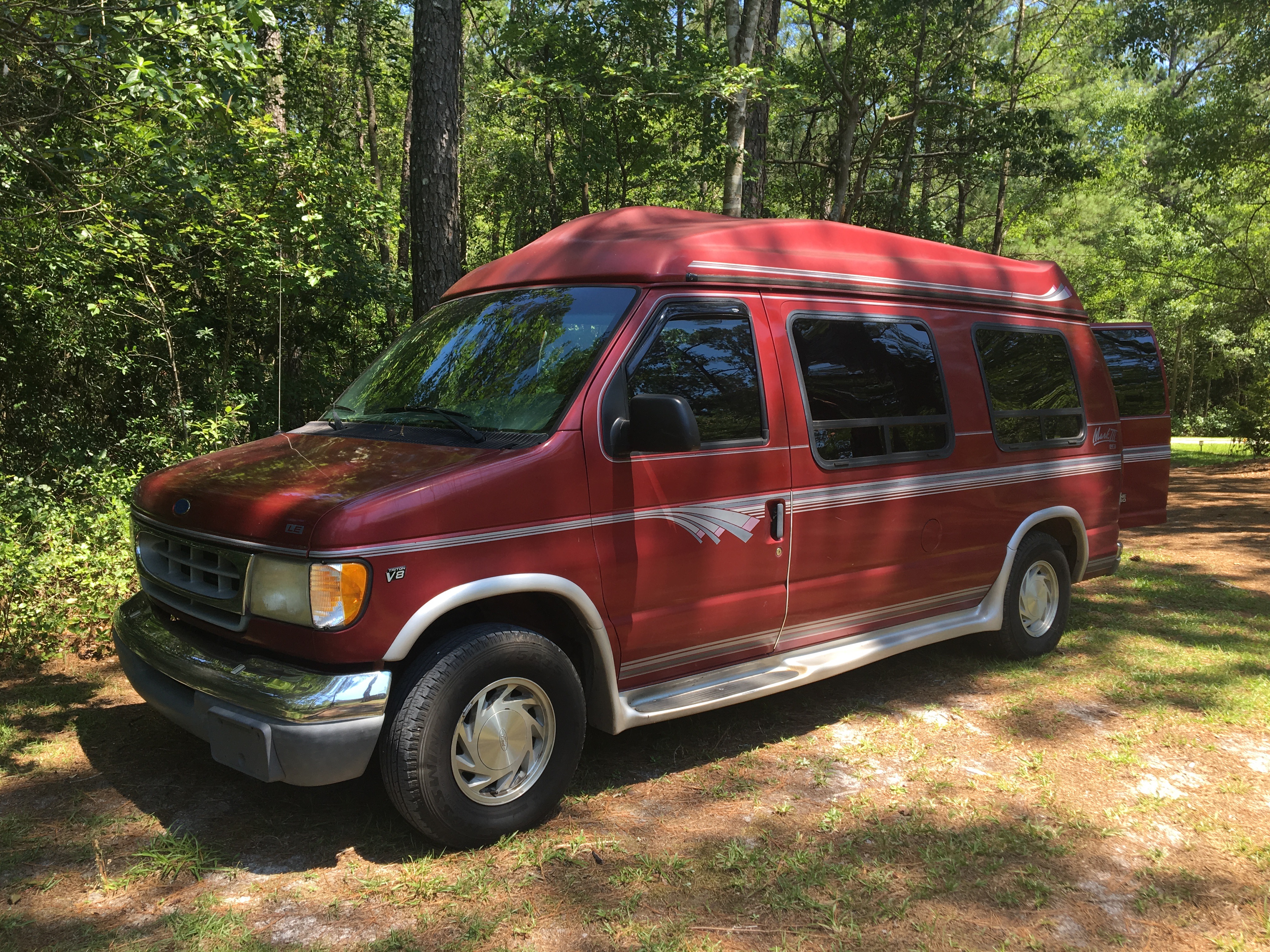 I found the van on Craigslist in my hometown of Wilmington, North Carolina while I was packing up my room in Brooklyn and dancing the breakup blues (“Angst In My Pants” on repeat). Her listing showed a maroon Ford E-150 Conversion Van with 89,000 miles for $6,500. Something about the teal carpet and cloth seats pulled me in, and I made an offer of $5,000 on the spot—and just like that, she was mine and I began prepping for a solo adventure that seemed entirely unattainable from the freezing cold tundra of my three years in a windowless office job.

Mechanically she was pretty sound. There were a few precautionary jobs my gearhead father helped me with (such as a battery, belt and oil filter replacement). Meanwhile, the majority of work that needed to be done happened within the process of cleaning and packing. 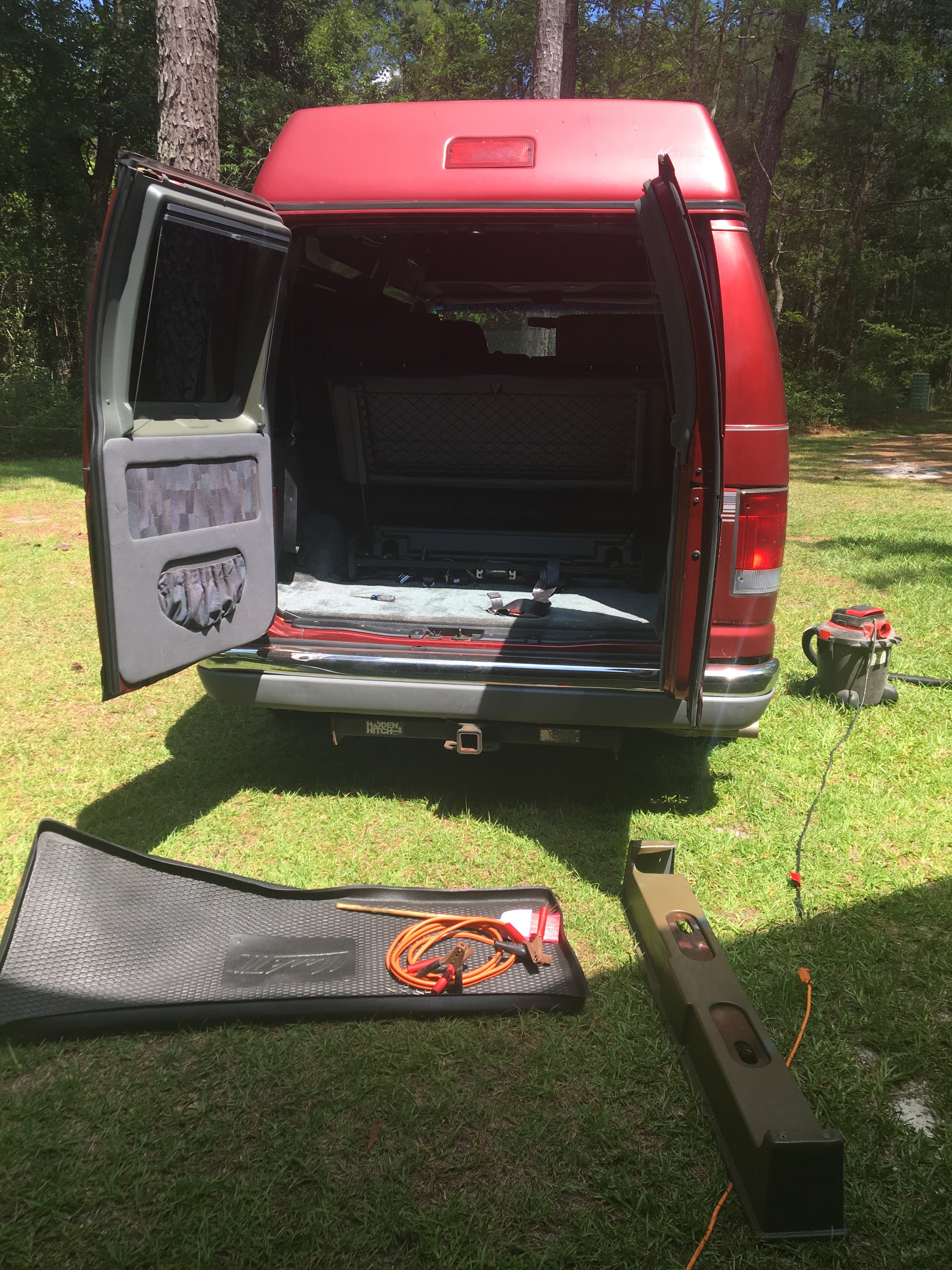 Turns out, opening the doors of an old Ford that’s been closed up for a long period of time results in the doors not wanting to open anymore. Without getting into too many mechanical details, the cable latches, which allow the doors to open, all broke one by one like a domino effect that resulted in a lot of doubt and dismay. So imagine how I felt when another one broke the day before I hit the road. Thankfully, my brother-in-law accepts beer as payment! 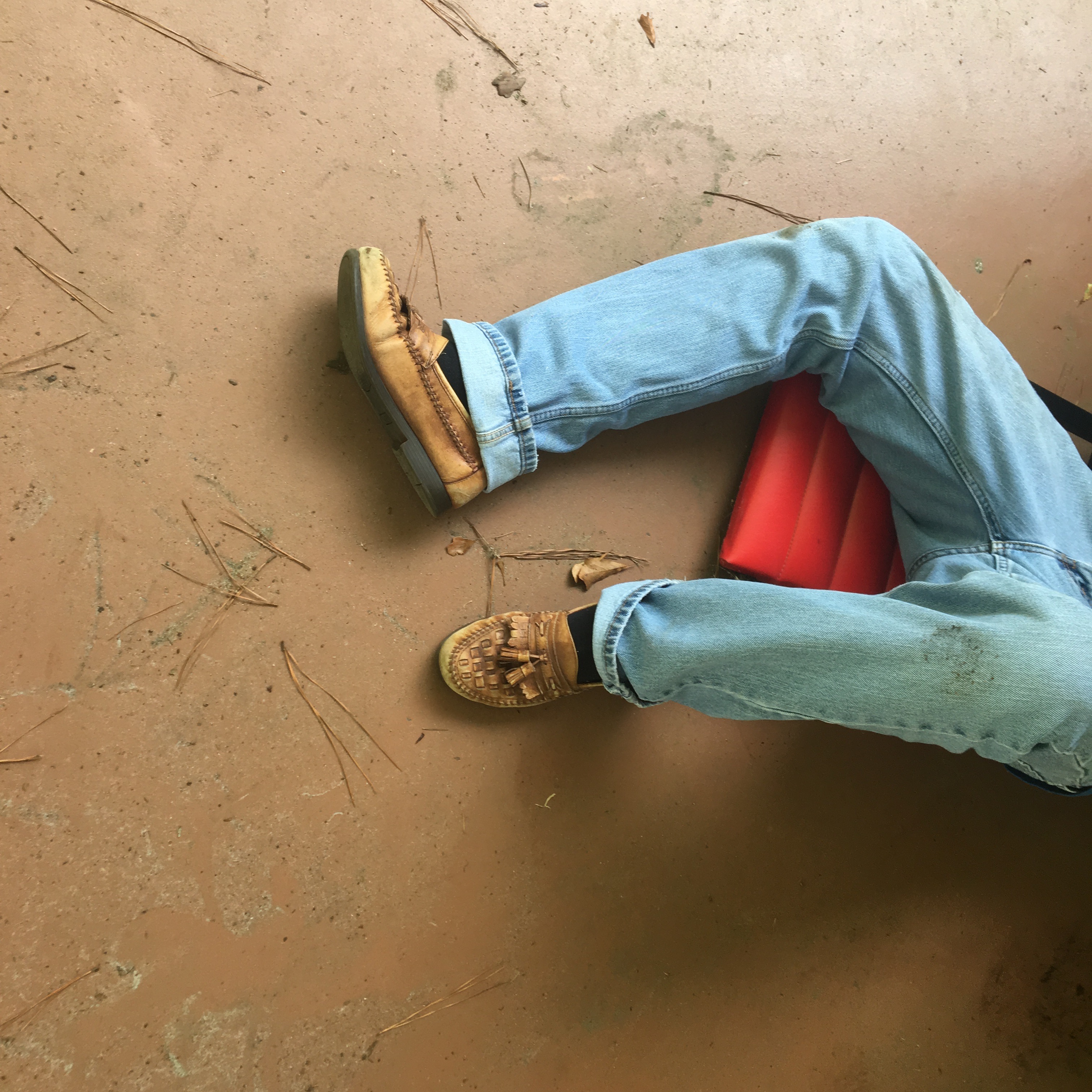 To save time (and avoid any more labor on both me and my family), I took the van to a local mechanic to get some alignment done. Instead, what I received was an $800 quote for two new tires that were necessary and pivot bushing replacements, which bumped my expected total cost of $5,000 to about $6,000 (oof).

“It’s only money!” I say as I refresh my bank account app on the daily in the hopes that my funds will magically increase by a few thousand dollars for no reason at all. It’s called manifestation, right? 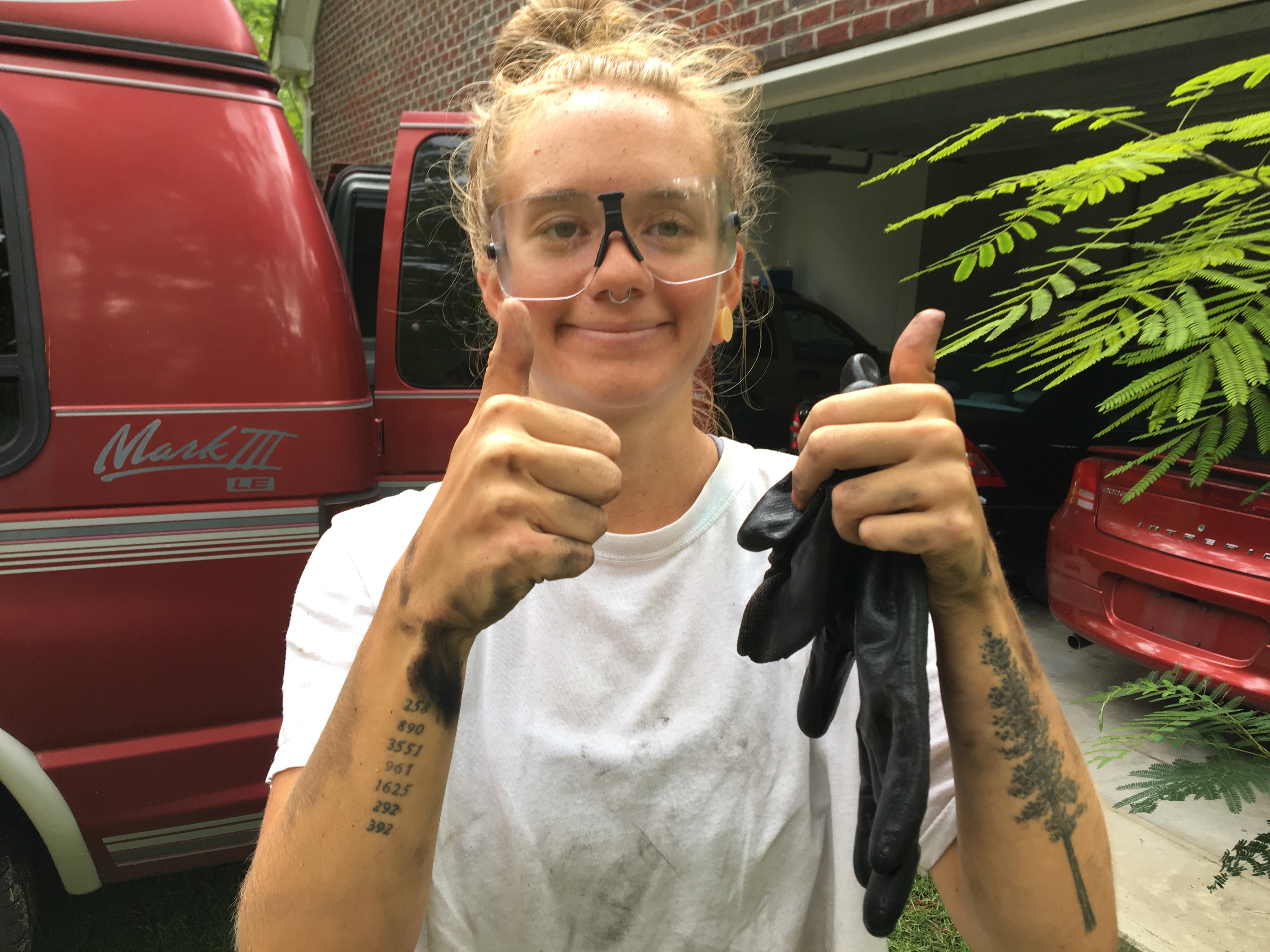 As for the interior, the only work that needed to be done was removing the front two seats and the metal seat frames, which are frustratingly bolted through the body of the van. (Thanks for the help, Dad.) For my “bed,” I kept the bench seat in, fully reclined it and cut a mattress topper to size.

Yes, that does mean that I have to sleep diagonally across it—but I’m a month and a half into living out of the van and can say I’ve had no back problems as of yet. (FINGERS CROSSED.) 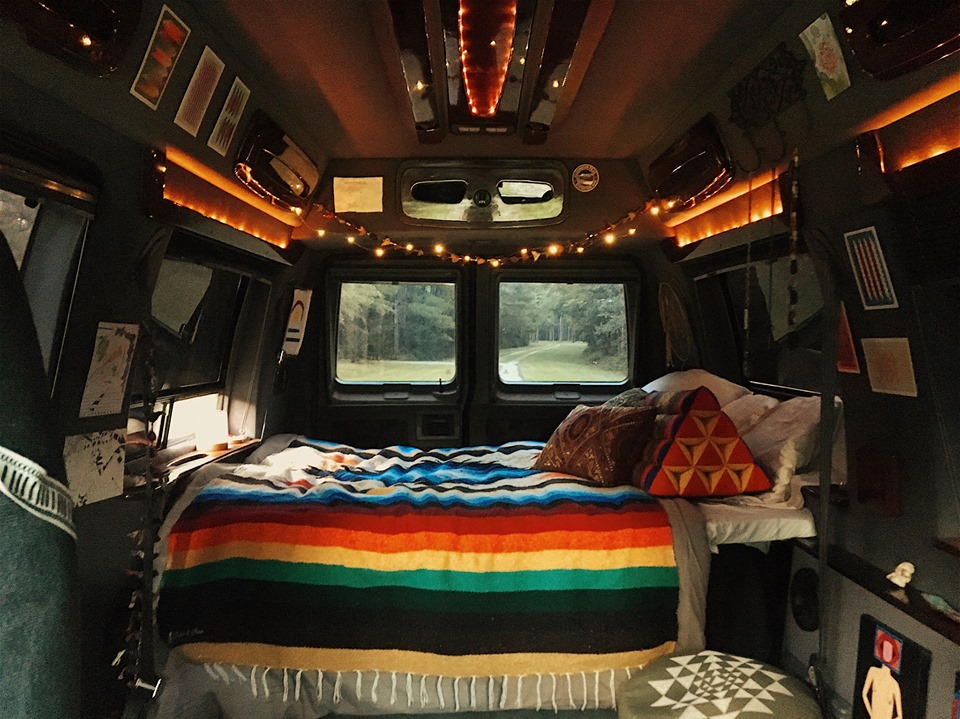 I want to point out that leaving the comfort and financial security of a job, apartment, and home base, in general, is terrifying. Sure, I put this off for years for an endless amount of excuses and reasons, but one of those reasons is because I was scared to go alone and I was waiting for someone to get on board to join me.

I never envisioned my life to be the way it currently is—writing this piece from a coffee shop in Denver, Colorado where I slept on the side street of a park the night before. My bank account is quickly dwindling.

I have and make less money than I ever had in the past four and a half years. But I also have more strength, more gumption, and more love for myself than I’ve had in my entire life. 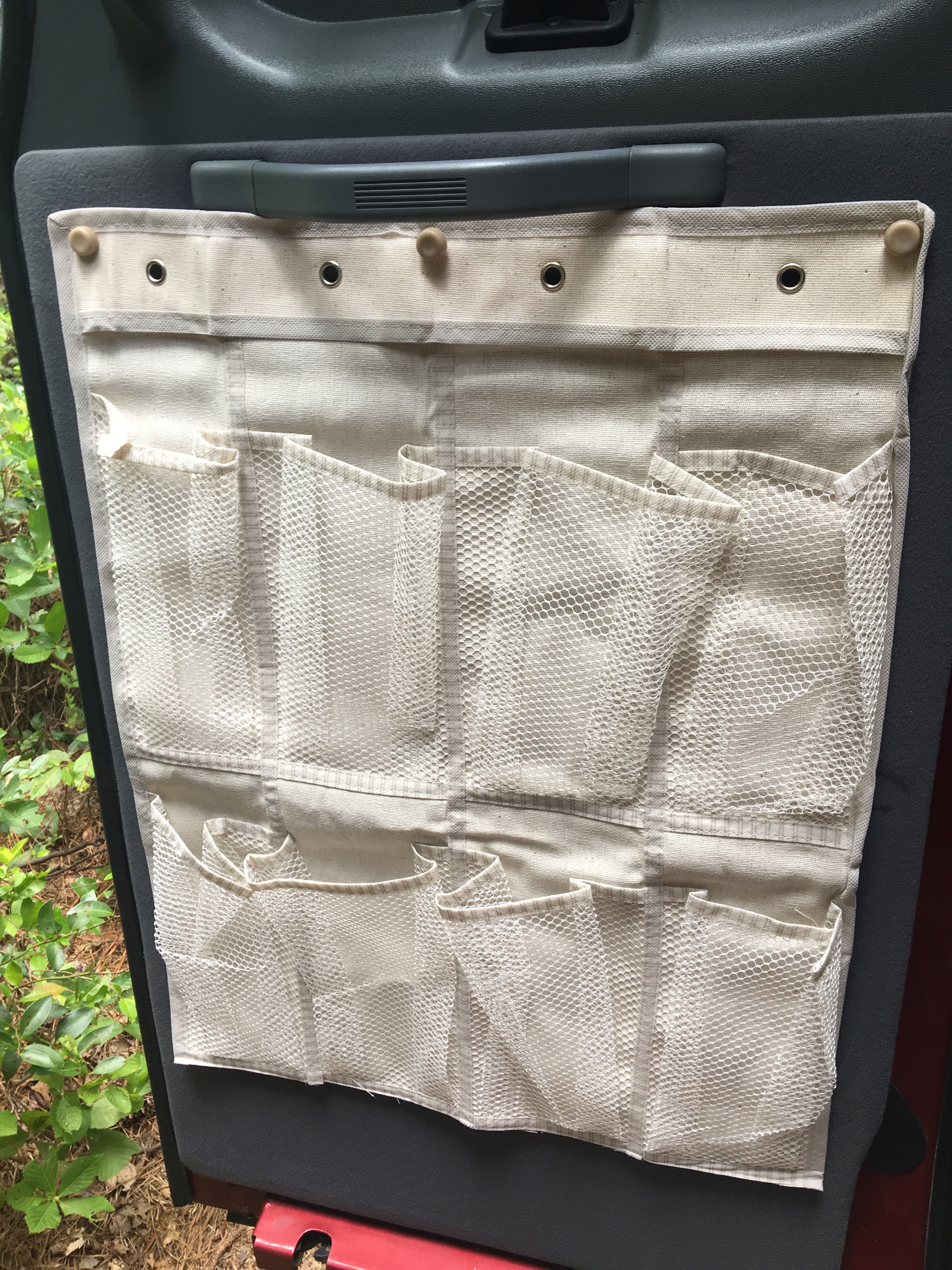 For storage, I purchased a few containers and cut a cloth shoe organizer to size, nailing it into the panel on the inner side door—and voila! My kitchen. It holds things like mason jars, utensils, and a wine bottle opener. You know, the essentials. 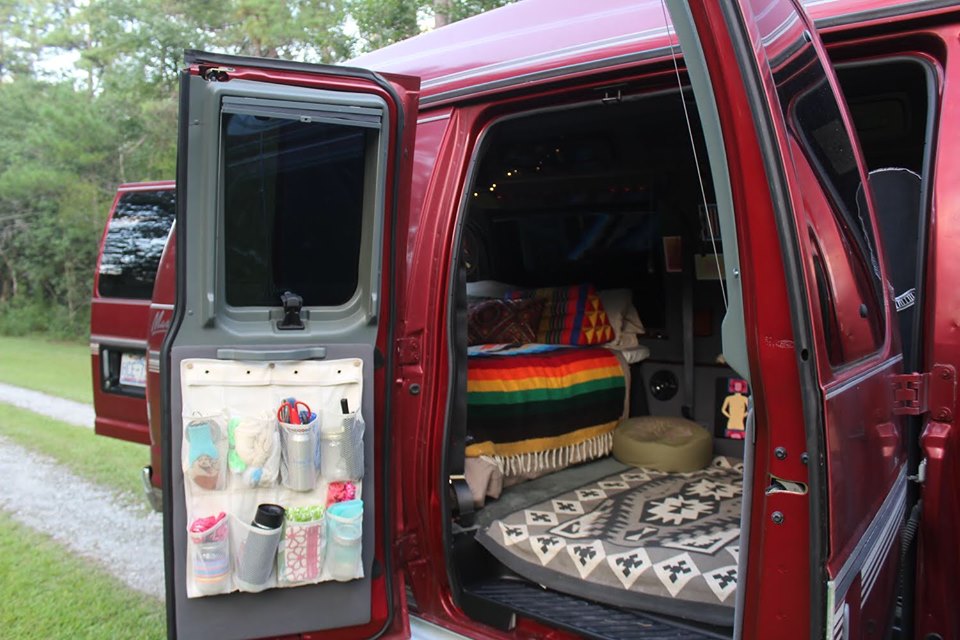 The decorations were all my own paintings, drawings, jewelry and fairy lights that were already being used in my Brooklyn apartment. (So no additional cost there.) 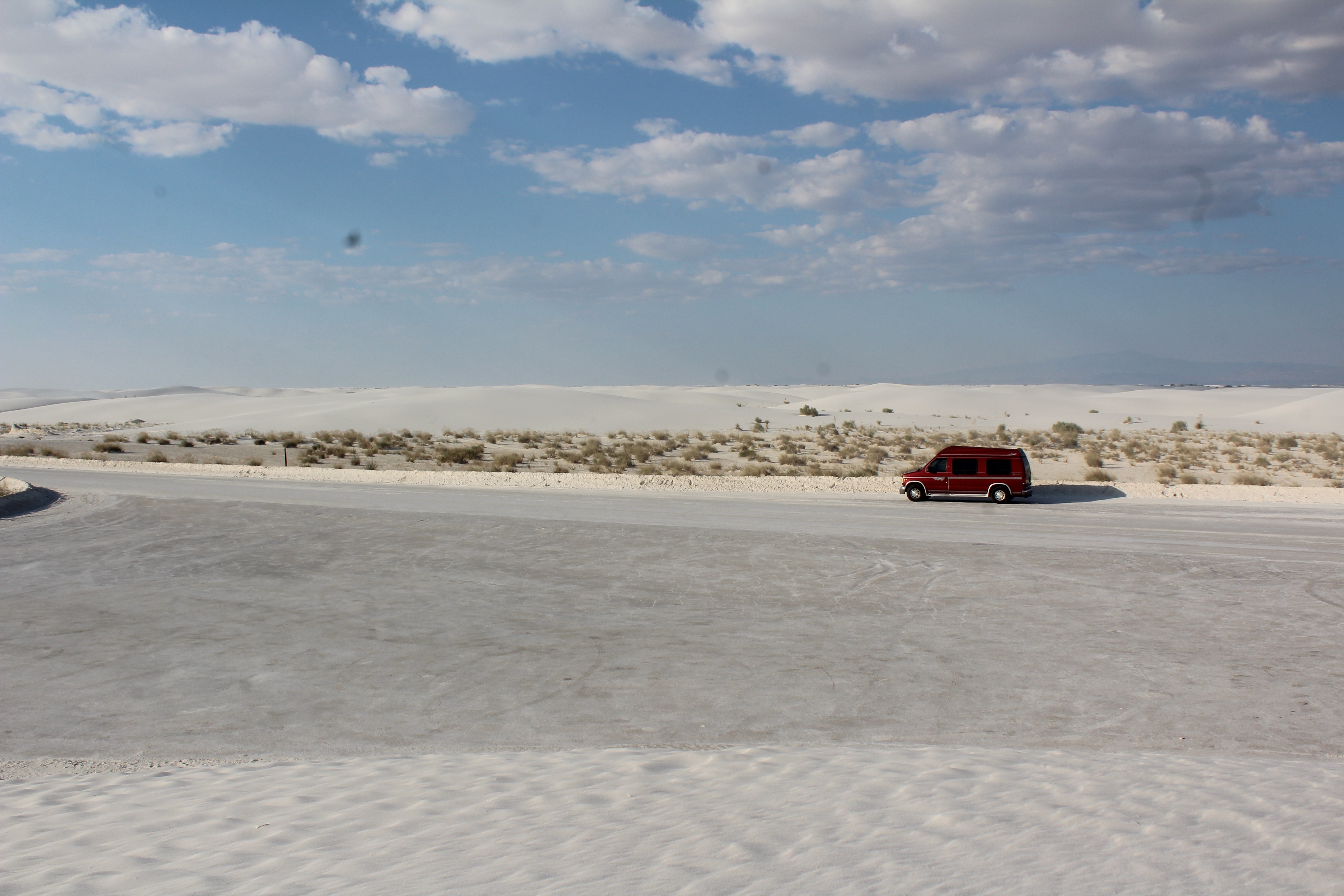 Now if you thought I’d go through this experience without learning anything worthwhile, then you were damn wrong.

Here’s What I’ve Learned After Quitting My Job to Travel:

I don’t care how cheesy the saying is—follow your dreams. Do what you want, as long as it isn’t harming anyone.

2. Don’t Be Ashamed of Making a Passive Income

Do what you need to do to make money. Wait tables, work retail, and don’t let people pressure you into choosing a career. That’s their own fear speaking—not yours.

Let people help you out along the way and don’t let guilt get in the way of that. Show love and kindness back, and maybe someday you can help them out with a meal, a shower, or even just a hug.

4. Don’t Let Anyone Tell You That You Can’t Do Something

No matter how close you are to the person who tells you can’t do something, don’t listen to them. Tell them you can, and then do it (if you want to). At the end of the day, it’s up to you.

5. Find Ways in Which the Good Outweighs the Bad

This world is full of scary things and terrible people, for sure. But it’s also filled with so much beauty, generosity and love. Believe in that and don’t let the bad overtake you. Softness doesn’t equate to weakness—and if someone tells you that, you can just kindly tell them to fuck off.