As one of the many (and we mean, many) villains on Katie’s season, fans want to know what Bachelorette 2021 spoilers about Hunter Montgomery are out there to know when he goes home.

Hunter is one of 30-plus contestants on season 17 of The Bachelorette with Katie Thurston. Katie a 30-year-old bank marketing manager from Renton, Washington, was announced as the season 17 Bachelorette at the “After the Final Rose” special for season 25 of The Bachelor with Matt James in March. Katie was a contestant on Matt’s season and was eliminated in 10th place, which makes her one of the earliest Bachelor or Bachelorette eliminees to become the lead of her own season. (Michelle Young, a 27-year-old teacher from Edina, Minnesota, was also announced as the season 18 Bachelorette. Her season will premiere later this year.)

From the looks of it, Hunter isn’t The One to the men. In fact, he isn’t even friends with most of them. But what does Katie think of him? Ahead are The Bachelorette 2021 spoilers about Hunter that we know so far. 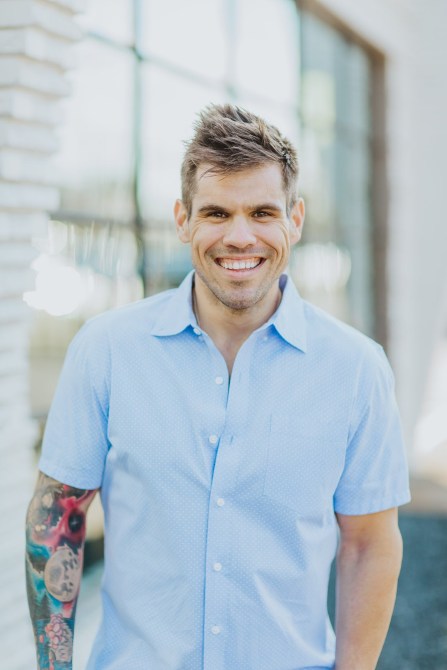 Who is Hunter from The Bachelorette?

Hunter is a 34-yer-old from Houston, Texas, so he’s not too much older than Katie. According to his Bachelorette bio, Hunter considers himself as an “expressive, passionate and outgoing person.” He’s also a father two sons, whom he doesn’t share much on his social media, from a previous relationship. This makes him one of multiple fathers on Katie’s season. Michael A. also has a child.

“Hunter is an expressive, passionate and outgoing person who does not believe in holding back,” Hunter’s bio reads. “He is a father of two amazing children who he lives to make happy. Hunter has always been a romantic and says that even as a child, he was known for writing incredible love letters and always being the guy to surprise his crushes with mix tapes or flowers. He is looking for a woman to be his other half – someone who is compassionate, witty, great at communicating and, above all, someone who could love his kids as much as he does. Hunter says that he will never stop believing in romance because ‘when you hit the mark, there really is no better feeling.’ He hopes to find someone to stare off into the stars with for the rest of his life, so let’s see if he and Katie can go the distance!”

For his fun facts, Hunter listed the following:

– One of Hunter’s favorite past times is people-watching.

– Hunter has never ridden a horse, but he REALLY wants to!
– Hunter has a pet parakeet named Zazu.

Hunter made himself an enemy of the men toward the middle of Katie’s Bachelorette season after his competitiveness became too much for the contestants to handle. The turn for the worse started with Hunter after he tackled Michael A. so hard in a game of Bachelorette Bash Ball that Katie cancelled the game. He went on to earn the Group Date Rose on that date, which also annoyed some of the men. But most of the cast turned on Hunter at the Rose Ceremony, where Hunter stole Katie aside despite already having a rose. The move caused a lot of drama with the guys, who accused Hunter of being disrespectful to his fellow housemates.

What is Hunter’s job?

According to his Bachelorette bio, Hunter works as a software strategist. According to his Linkedin, his passion is “helping companies revolutionize, automate, and grow through technology and best practice solutions.”

“I am a customer-centric business professional with over 12 years of experience making organizations and teams successful in every aspect,” he writes on his Linkedin. “My passion is helping companies revolutionize, automate, and grow through technology and best practice solutions. I utilize proven frameworks and best of breed solutions and tools in order to help enable teams, scale growth, and manage change throughout organizations. I seek out any opportunity to mentor and coach those around me, and strive to motivate my peers and team members on a constant basis. I have an OBSESSION with customer success, practice consistent communication, and fiercely compete to be the best version of myself.”

According to his Linkedin, Hunter also works in industries like mud/wastewater operations, metal/steel manufacturing, education, healthcare, downstream oil and gas, chemicals, field services, healthcare, manufacturing and supply chain. Hunter also works in the addiction and recovery space. He’s been opened about his past substance use on his Instagram and shared a pin 2017 celebrating 10 years of sobriety. Per his Linkedin, he specializes in recovery coaching and interventions. His current job is as an ERP Deployment Strategist at Workday in Houston. He graduated from The University of Texas at Austin in 2010 with a major in finance and a minor in psychology.

Does Hunter win The Bachelorette?

So…does Hunter win The Bachelorette? No, he doesn’t. The winner is Blake Moynes, a 30-year-old wildlife manager from Ontario, Canada, who became a surprise contestant on Katie’s season in episode 4. As Bachelor Nation members know, Blake was also a contestant on season 16 of The Bachelorette with Clare Crawley and Tayshia Adams, where he was eliminated in ninth place. According to Reality Steve, Blake proposed to Katie at the Final Rose Ceremony, and they’re engaged and still together.

As for who else makes it to the end of Katie’s season, Reality Steve reports that her four finalists who receive Hometown Dates are: Andrew Spencer, a 26-year-old pro football player from Vienna, Austria; Justin Glaze, a 26-year-old investment sales consultant from Baltimore, Maryland; Greg Grippo, a 27-year-old marketing sales representative from Edison, New Jersey; and Blake. For more spoilers about The Bachelorette 2021, click here.