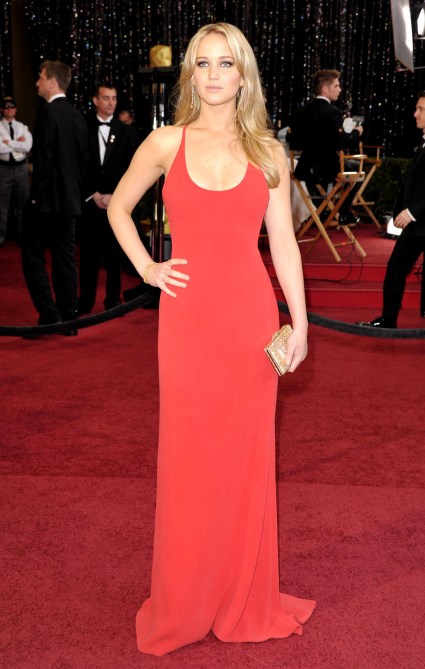 For someone admittedly still “getting up to speed on fashion,” it seems Jennifer Lawrence is doing okay for herself: The 22-year-old “Hunger Games” star was tapped by Dior to be the next face of its Miss Dior handbag, according to WWD.

The actress — who was one of the bold-faced names in attendance at Dior’s couture show in July that marked the debut of designer Raf Simons — is reportedly set to appear in her first campaign this spring, kicking things off with March 2013 magazines.

“It’s such a dream to represent an iconic brand that is synonymous with high fashion,” Lawrence said — who in the past has made no secret of her penchant for pre-red carpet cheesesteaks and distaste for Hollywood’s obsession with “pre-pubescent” bodies.

Lawrence became a household name in 2010 when she earned an Oscar nomination for her role in gritty indie flick “Winter’s Bone,” and shot to mega-stardom when she was cast as Katniss Everdeen in the big-screen adaptation of the beloved young adult novels, “The Hunger Games.”

Other actresses who have fronted campaigns for Miss Dior’s classic rectangular chain-strap handbag include Marion Cotillard and Mila Kunis.

Do you think Jennifer Lawrence is a good choice to the be the face of Miss Dior? Let us know!