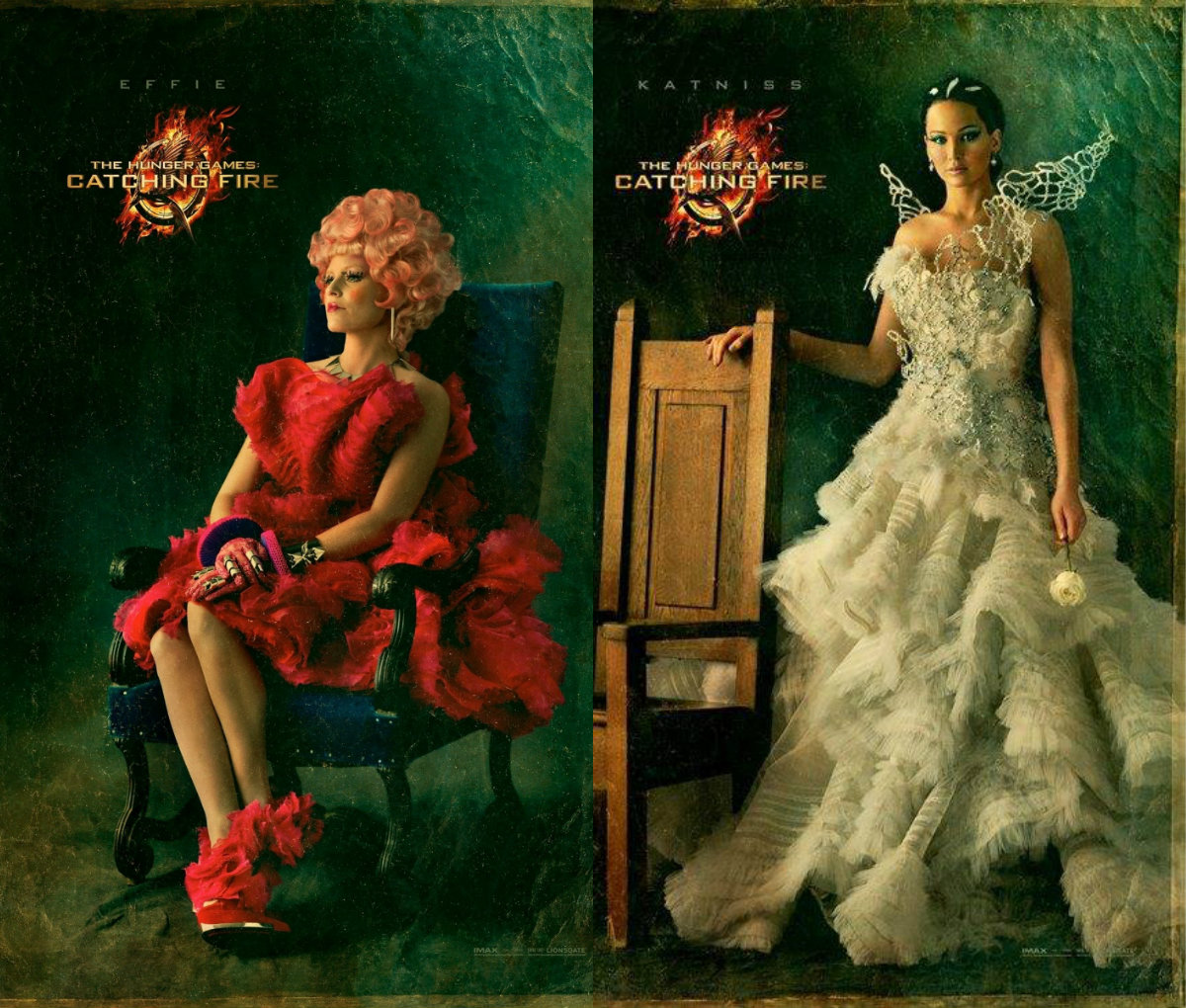 “The Hunger Games” fever is officially heating up again. With”Catching Fire,” the second installment in the franchise, coming in late November, sneak peeks of the anticipated film are slowly leaking out. Now, we have a preview of what we’re most excited for: the fashion!

Capitol Couture, the official “Hunger Games” fashion blog, is back up and running—and just debuted official portraits of Effie Trinket (played by Elizabeth Banks) and Katniss Everdeen (played by Jennifer Lawrence). If you think Effie’s frilly frock looks familiar, that’s because it’s a piece from the Fall 2012 Alexander McQueen collection. Meanwhile, Katniss’ dress is a dead ringer for a look from the exact same collection—but the McQueen PR team insists that it’s not.

We’re a little confused as to why they wouldn’t also nab a straight-off-the-runway look for Katniss, the film’s star, but regardless, the character still looks amazing. If this is what we can expect, we’re even more excited for this film than the first.

What do you think of the portraits?