If you’re excited about the return of The Matrix 12 years after the last movie was released, you may want to know how to watch The Matrix Resurrections online for free to see what Neo is up to more than a decade after the last time viewers saw him.

The Matrix Resurrections (also known as The Matrix 4) is the fourth movie in The Matrix franchise after 1999’s The Matrix and 2003’s The Matrix Reloaded and The Matrix Revolutions. The movies are set in a post-apocalyptic universe where the creation of artificial intelligence have led to the evolution of self-aware machines and the imprisonment of humans in a virtual reality system, the Matrix, where people are farmed as a power source. The films follow three heroes, Neo, Trinity and Morpheus, as they try to free humanity from the system.

The Matrix Resurrections is set 12 years after the events of The Matrix Revolutions as Neo lives a normal life under his original name, Thomas A. Anderson, in San Francisco. His therapist prescribes him blue pills to counteract with his memories of the Matrix. He also runs into a woman who seems to be Trinity, but neither remember each other. When a new version of Morpheus offers Neo a red pill, his mind is reopened to the Matrix, which has become even more dangerous since The Matrix Revolutions. The movie follows Neo as he re-joins a group of rebels to fight a new enemy in the Matrix.

In an interview with Entertainment Weekly in 2020, Lana Wachowski, the director of The Matrix Resurrections, explained how the movie is a mirror to the world’s current relationship with technology. “Technology paradoxically brought us closer together while also isolating or inculcating us from each other,” she said. “The power of technology to trap or limit our subjective reality was an important part of the new narrative for Matrix Resurrections.” When asked why he wanted to return to the franchise, Keanu Reeves, who plays Neo, told Entertainment Weekly that Wachowski and her idea was the main reason. “We had filmmakers who you wanted to say yes to,” he said. “[We had] material that you wanted to commit to, to give everything that you could to.” 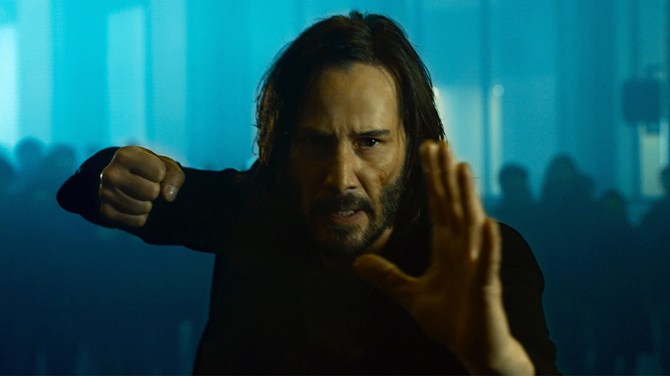 When does The Matrix Resurrections come out?

The Matrix Resurrections premieres on December 22, 2021, in theaters and on HBO Max.

How to watch The Matrix Resurrections online

How to watch The Matrix Resurrections online for free

How can one watch The Matrix Resurrections online for free? Read on for our tips and tricks to stream The Matrix 4 at no cost. 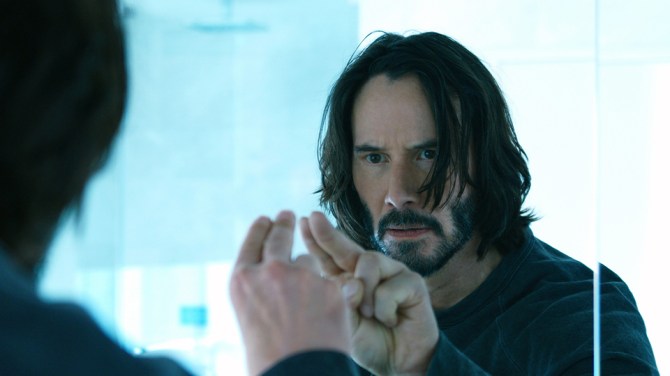 Who is in The Matrix Resurrections cast?

In a Reddit AMA in 2014, Reeves explained how he was cast in the first Matrix movie after Will Smoth turned down the role. i”I was very lucky. I got a call from my agent, saying that these directors, the Wachowskis, wanted to meet, and they sent me the script, and the script was absolutely amazing, and I went in to meet with them, and they showed me some artwork, of their vision, and an early version of ‘bullet time,’ and it was very exciting and inspiring,” he wrote. “We ended up hanging out in a parking lot outside the offices just talking and riffing, and we basically just kinda shook hands—they told me they wanted me to train for four months prior to filming, and I got a big grin on my face and said: ‘Yes.’ That’s how it happened.”

As for why he came back for The Matrix Resurrection, Reeves told

magazine in 2020 that Lana Wachowski’s script had a lot to do with his decision to return as Neo. “Lana Wachowski wrote a beautiful script and a wonderful story that resonated with me,” he said. “That’s the only reason to do it. To work with her again is just amazing. It’s been really special, and the story has, I think, some meaningful things to say, and that we can take some nourishment from.” Read on for the full Matrix Resurrections cast below.

Will there be The Matrix 5?

In an interview with Entertainment Weekly, Keanu Reeves, who plays Neo, revealed that he wanted to come back to the Matrix franchise because of how much story there’s left to explore about Neo and Trinity’s relationship.  “When Lana approached me, she spoke about having a story to tell which centered around Neo and Trinity, and that sounded really exciting to me,” Reeves said. “Neo’s getting a second chance at his life, and he’s getting a second chance with the person that he says is ‘the only person I ever loved.'”He added, “The depth of why this film got made is the sense of it being a love story between Trinity and Neo.”

Jonathan Groff, who plays Agent Smith, also hinted that there’s still so much more story to tell with Neo and Trinity. “When I read the script for this movie I cried, because the idea of watching these two iconic actors in these two iconic parts coming back and fighting to have their love again just wrecked me,” he said. Priyanka Chopra, who plays Sati, also noted her love for Neo and Trinity. “They both are like well-oiled machinery,” she said. “Their characters, the way they speak, the way they know each other even as people — it’s just so wonderful to see their camaraderie.”

Lana Wachowski told IGN in 2021 that The Matrix Resurrections was unplanned and that she decided to direct another Matrix movie after the death of her parents. “It wasn’t planned. It was not orchestrated in any way. It was just…something happened in my life and I needed to process some grief. And I really kind of needed to have all these people around who knew my parents,” she said. She continued, “I’ve made a lot of movies with a lot of varied tones, I think that’s like a part of me and Lilly do,” she said. “We don’t really like single-toned films and I know they’re very popular, but I kind of like a really wide range. And I thought it was like another dimension to the Matrix, another like thing to bring to the Matrix that wasn’t so much there before.”

The Matrix Resurrections is available to stream on HBO Max. Here’s how to watch it for free.