If you live for Midge’s standup routines, you may want to know how to watch The Marvelous Mrs. Maisel online for free.

The Marvelous Mrs. Maisel, created by Amy Sherman-Palladino (who also created shows like Gilmore Girls and Bunheads), premiered in March 2017 and has since won 20 Emmys and three Golden Globes. The show follows Miram “Midge” Maisel, a New York housewife in the 1960s who embarks on a career as a standup comedian after her husband of four years leaves her for his secretary. In her cover story for StyleCaster’s “Love Is Funny” issue in February 2022, Rachel Brosnahan, who plays Midge, opened up about how she didn’t think she’d be cast as Midge because of how many times she was told she wasn’t funny throughout her career. “I didn’t think in a million years I would get it,” she said. “When someone is like, ‘You have a fair amount of skills, but this isn’t one of them. Maybe you should consider heading in a different direction,’ it becomes a part of the narrative you tell yourself.”

Brosnahan, who was sick with what she described as “the plague” when she auditioned for The Marvelous Mrs. Maisel, also told StyleCaster about how her final callback for the role was a disaster due to the high fever she was still recovering from at the time. “I was so sweaty. My shoes were a slip-and-slide. I kept having to blot my face with a tissue. Amy stopped me at one point and asked me to powder myself,” she said. “But something magical happened in that room.” In the end, though, Brosnahan credited her condition for helping her with her audition, which consisted of Midge’s impromptu stand-up routine in the pilot.“I was so sick I didn’t have the capacity to care what anyone else thought about what was happening,” she said. “I didn’t have the energy to be self-conscious and I’m sure me and all my sloppiness were pretty much just the fuel and fire that scene needed.”

So…how can one watch The Marvelous Mrs. Maisel online for free? Read on for how to stream the second to last season of Maisel at no cost. 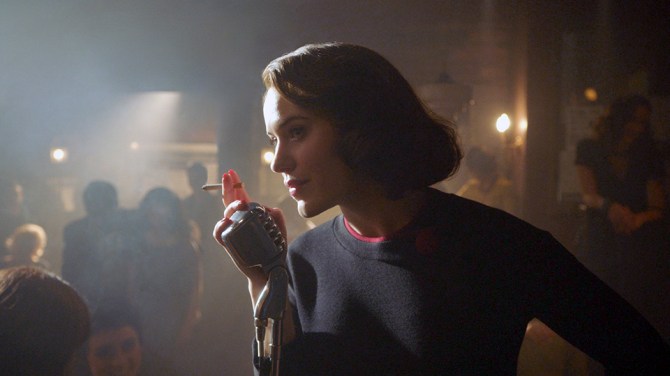 When does The Marvelous Mrs. Maisel come back?

How to watch The Marvelous Mrs. Maisel online

How to watch The Marvelous Mrs. Maisel online for free 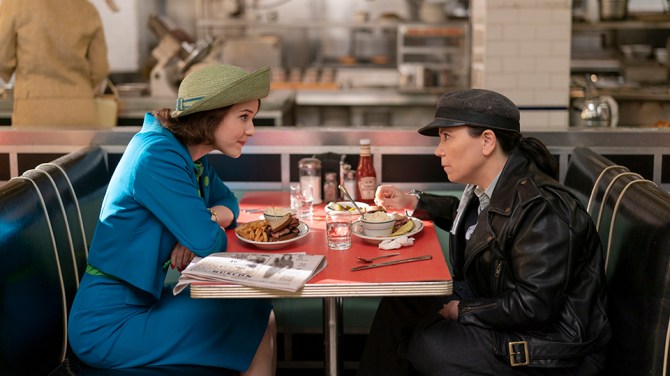 How many episodes is The Marvelous Mrs. Maisel season four?

Will there be a Marvelous Mrs. Maisel season five?

Will there be a Marvelous Mrs. Maisel season five? The Hollywood Reporter confirmed on February 17, 2022, that The Marvelous Mrs. Maisel was renewed for a fifth and final season, which started filming that month. “Amy, Dan, and The Marvelous Mrs. Maisel have blazed an unparalleled path, elevating the stories we tell about women, challenging the norms in our industry, and forever altering the entertainment landscape with their one-of-a-kind storytelling,” Jennifer Salke, head of Amazon Studios, said in a statement at the time. “The dozens of awards cement Maisel’s legacy in many ways, but what’s even more enduring and poignant are the characters Amy created and the joyous, brilliant, singular world she and Dan brought to life. This series has meant so much to Prime Video and the effects of its success will be felt long after its final season. I can’t wait for fans and our worldwide Prime Video audience to savor each moment as we embark on the culmination of this groundbreaking and unforgettable series.”

Star Rachel Brosnahan, who plays Miriam “Midge” Maisel in The Marvelous Mrs. Maisel, also confirmed the final season in an Instagram post at the time. “A few days ago we started shooting Season 5 (!) of The Marvelous Mrs Maisel. It’s bittersweet. The band is back together again and we can’t wait to share season 4 with you starting tomorrow…it’s also going to be our last rodeo. Rest assured our tits are up and it’s going to be a hell of a final chapter. Stay tuned ✨” she captioned a photo of a script for season five.

During her interview for StyleCaster’s “Love Is Funny” issue, Brosnahan also revealed what Sherman-Palladino told her about how Maisel will end. “I’ve asked Amy 2,000 questions and one was, ‘Where do you see Midge ending up in the future?’” she said. “This isn’t how the show ends, but for whatever it’s worth, what she said was she envisions Midge living in a penthouse apartment with 20 poodles one day. She’ll be wildly successful, but she’ll always look back on the day before Joel left her as the happiest day of her life.”

The Marvelous Mrs. Maisel is available to stream on Amazon Prime Video. Here’s how to watch it for free.