If you love period pieces, you may want to know how to watch The Gilded Age online for free to see what fans are calling the new Downton Abbey. (They’re by the same team!)

Created by Julian Fellowes—the creator and writer of Downton Abbey, Gosford Park, 2013’s Romeo and Juliet and other period-piece TV shows and dramas—The Gilded Age is set in the Gilded Age of New York City in the 1880s and follows Marian Brook (Louisa Jacobson), a young woman who moves from rural Pennsylvania to New York City after the death of her father to live with her old money aunts, Agnes van Rhijn (Christine Baranski) and Ada Brook (Cynthia Nixon). Accompanied by Peggy Scott (Denée Benton), an aspiring writer in search of a fresh start, Marian finds herself in the middle of a social war between one of her aunts and their neighbors, railroad tycoon George Russell and his wife, Bertha.

In an interview with Collider in January 2022, Fellowes opened up about why he wanted to create a show set in America after Downton Abbey. “I think I did have a desire to tell an American story, yes. That’s from quite long ago. I’ve been coming here for coming up to 52 years,” he said. “That’s more than half a century. And I lived in L.A. for a couple of years, at one point. So, I do feel very bonded with America and I did think that would be interesting. Of course, in a way, because of having an American character, one of the dollar princesses, in a series I wrote called Downton Abbey. I think that was a step towards it.”

He continued, “I was reading around this period for quite a long time, actually, when I wasn’t thinking in terms of television, but I just thought maybe this is the American story I can tell. I was conscious of that, yes, but I was also conscious of the fact that, in the end, I’m not American. However much I’ve been here and however many American friends I’ve got, and I’ve got an American niece, I’m not American. That’s why wanted an American voice, and HBO came up with the idea of Sonja [Warfield], if she wanted to do it.”

Fellowes warned to USA Today, however, that Downton Abbey and The Gilded Age are two different shows despite coming from the same creator. “Downton had a melancholy about it, which was rather charming. It was partly about the decline of the control of the [British] aristocracy,” he said. “This is the absolute opposite: It’s the arrival of the new guys in town who came to New York in the 1870s and ’80s and built their palaces up and down Fifth Avenue. They threw money at everything because they had money.” He told the outlet that the core of the series are the conflicts that arise between the “the old families, who were on the brink of losing their power, and the new families, who were just gaining it.”

While the show isn’t the same as Downton Abbey, Fellowes confirmed that fans of the British drama will still love his new American period piece. So how can one stream The Gilded Age? Read on for how to watch The Gilded Age online for free even if you don’t have an HBO Max subscription yet. 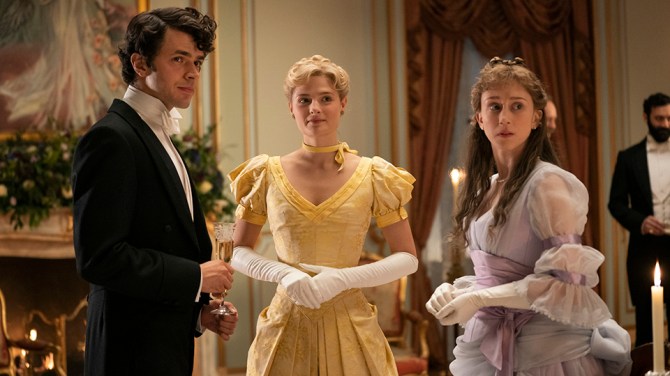 When does The Gilded Age start?

When does The Gilded Age air?

The Gilded Age airs Mondays at 9 p.m. on HBO.

How to watch The Gilded Age online

How to watch The Gilded Age online for free

So how can one watch The Gilded Age online for free? Read on for our tips and tricks to stream The Gilded Age at no cost—even if you don’t have an HBO Max subscription yet. 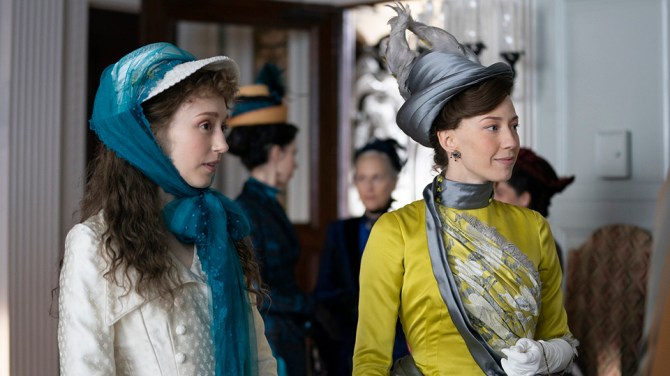 How many episodes is The Gilded Age?

The Gilded Age season one is nine episodes.

Who’s in The Gilded Age cast?

What is The Gilded Age based on?

The Gilded Age is based on The Gilded Age of the United States from the 1870s to the 1900 when there was rapid economic growth, especially in the Northern and Western areas of the U.S. The period also saw an influx of millions of European immigrants as American wages grew higher than those in Europe, especially as the industrialization of the U.S. demanded an increasing labor force. The Gilded Age, specifically, is set in the time when the expansion of industrialization led to wage growth of 60 percent between 1860 and 1890s and the average annual wage for industrial workers rose 48 percent from $380 to $564.

“We live in an age of high consumerism and showing off and enormous fortunes being made,” Fellowes told Backstage in 2022 of why he chose The Gilded Age as the time period to base his show around. “In fact, while we were shooting the show, we had Bezos and that other billionaire racing each other to the moon in their own rockets. This is a very Gilded Age thing to do, whether they were aware of that or not.”

He also told Backstage that the how is different from Downton Abbey but has a lot of similar themes around wealth and class. “I didn’t really, if I’m honest, spend much time thinking about: Is this like Downton, or is this not like Downton? ” Fellowes said. “There’s a limit to what happens to human beings. You’re, all the time, trying to think of new stories. But I think Downton was great and I think it did well, and I’m very grateful. And now I’m on to something else.”

The Gilded Age is available to stream on HBO Max. Here’s how to watch it for free.