If you’ve been fascinated with Elizabeth Holmes and Theranos, you may want to know how to watch The Dropout online for free to see the rise and fall of the tech entrepreneur who was called the next Steve Jobs.

The Dropout stars Amanda Seyfried as Elizabeth Holmes, the founder and chief executive officer of Theranos, a health tech company that claimed to have revolutionized blood testing by developing methods to test patients with small volumes of blood, such as a single drop. The success of Theranos led Forbes to name Holmes as the youngest self-made female billionaire in the United States in 2015, with her company valued at $9 billion. That same year, Theranos was the subject of a Wall Street Journal investigation that accused the company of providing inaccurate medical results. Three years later, the U.S. Securities and Exchange Commission charged Theranos and Holmes with fraud. In July 2018, a federal grand jury indicted Holmes and Theranos’ chief operating officer (and former romantic partner), Ramesh “Sunny” Balwani, on nine counts of wire fraud and two counts of conspiracy to commit wire fraud. Holmes was convicted of defrauding investors through false or exaggerated claims about the accuracy of Theranos’ blood-testing technology in January 2022. She faces up to 20 years in federal prison. A sentencing is schedule for September 26, 2022.

In an interview with Vanity Fair in 2022, Seyfried opened up about what it was like to play Holmes—who was also the subject of the 2019 HBO documentary The Inventor: Out for Blood in Silicon Valley—as her criminal fraud case was ongoing. “It was a little bit harrowing. We started shooting in June, and the trial started the first week of September,” she said.  “There was a giant file that was released at one point—it was like 700 text messages between Sunny and Elizabeth. It was juicy AF! And also incredibly informative, and easily sprinkled back into the scripts. It was all perfect timing for us, really, because it proved to us that we were on the right track with the whole story.”

She also told the magazine about what drew her to Holmes’ story and the “persona” the tech entrepreneur often put on to convince investors to believe and invest in Theranos. “She succeeded for a long time with these characteristics—well, what would you call those things? Idiosyncrasies? Flare? That’s what everybody keeps talking about, of course: the voice, the turtleneck,” Seyfreid said,. “But what about the cadence? What about the way she walked? Any actor would have a treasure chest of things to draw from. There’s just no lack of things to study, and that made it a lot easier to imagine myself playing her…. There’s footage of Elizabeth Holmes for 10 hours listening and answering questions as herself, but knowing she’s being watched. I’m acting as Elizabeth Holmes acting.”

Seyfried continued, “She famously studied Steve Jobs and how he behaved, and I think she became obsessed with people who were powerful and all-knowing. They got the job done at any cost. And that’s where I differ, because I just can’t imagine making people uncomfortable. Like, deliberately making someone uncomfortable? That’s my biggest fear! And that’s actually not good—I mean, there’s a middle ground, and I haven’t reached it yet. You see the most powerful people in the world, the people who get a lot of shit done, behave a certain way. I still think that my way is better. I’ve never been able to just be strictly business.”

So how can one watch The Dropout online for free? Read on for how to stream The Dropout at no cost to see the rise and fall of Elizabeth Holmes and Theranos. 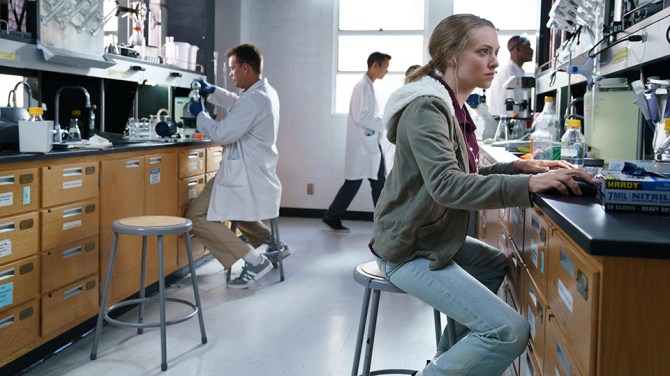 When does The Dropout come out?

The Dropout premieres on Hulu on March 3, 2022, with the first three episodes.

When are The Dropout episodes released?

How to watch The Dropout online

How to watch The Dropout online for free

So how can one watch The Dropout online for free? Read on for the tips and tricks to see the rise and fall of Theranos and Elizabeth Holmes.

If you’re a Verizon customer (or know someone who is), there is another free option. For a limited time, customers with unlimited plans, such as Get More Unlimited and Play More Unlimited, have access to Verizon’s complimentary The Disney Bundle, which includes Disney+, Hulu and ESPN. Disney+ and ESPN are nice, but Hulu is the real reward here to watch The Dropout online for free.

There, customers will be able to choose The Disney Bundle, which includes Disney+, Hulu and ESPN. After choosing the bundle, click Get It Now. Enter the email address you want to use for your subscriptions, check your email for confirmation and voila. You can now watch The Dropout online for free. 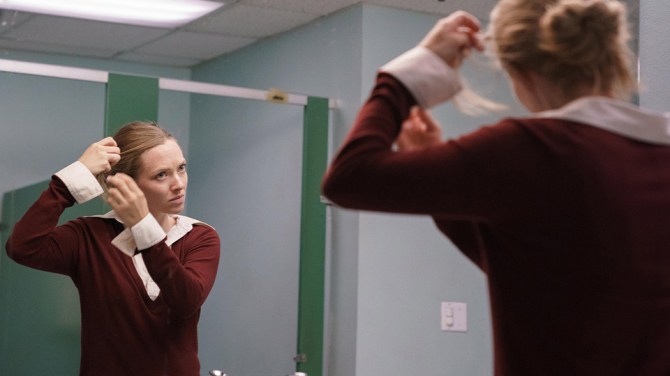 How many episodes is The Dropout?

Who’s in The Dropout cast?

The Dropout cast includes Amanda Seyfried as Elizabeth Holmes, the former founder and CEO of Theranos, and Naveen Andrews as Sunny Balwani, the former president and COO of Theranos and Holmes’ romantic partner. Other Dropout cast members include William H. Macy as Richard Fuisz, Laurie Metcalf as Phyllis Gardner, and Dylan Minnette as Tyler Shultz. See the full Dropout cast below.