If you want to see the Spider-Man Multiverse yourself, you may want to know how to watch Spider-Man: No Way Home online for free and when it will be available to stream on Disney Plus.

To see whether the spoilers you’ve read are true, you may want to know how to watch Spider-Man: No Way Home online for free. Read on for when the movie will be available to stream on Disney Plus and the hacks you can use to watch it at no cost. 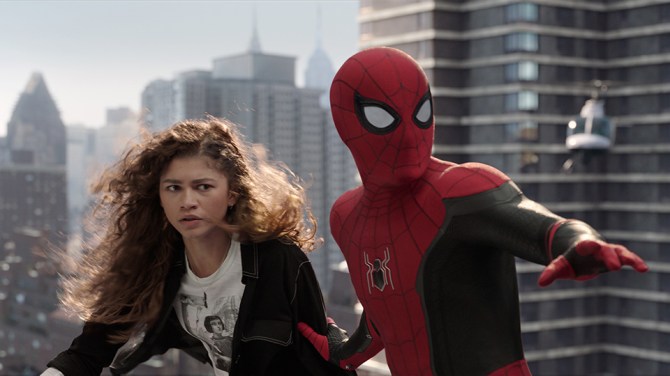 When does Spider-Man: No Way Home come out?

Spider-Man: No Way Home premieres in theaters on December 17, 2021.

When is Spider-Man: No Way Home free on Disney Plus?

While other MCU movies Holland has appeared in like Avengers: Endgame and Captain America: Civil War are available to stream on Disney Plus, Sony and Disney’s Spider-Man movies like Spider-Man: Homecoming and Spider-Man: Far From Home weren’t on the service until this deal. This means that Spider-Man: No Way Home will be available to stream on Disney Plus around July 2023, which is 18 months from the movie’s release date in December 2021. (Netflix bought Sony’s first-pay-window rights for movies in 2021, but because the new contract starts in 2022 and Spider-Man: No Way Home premiered in 2022, the movie is still under the Starz deal.)

How to watch Spider-Man: No Way Home online

How can one watch Spider-Man: No Way Home online? The movie will be available to stream on Starz some time between December 2021 and July 2023. Starz costs $8.99 per month or $74.99 per year, which saves users around $32 compared to the monthly rate. After July 2023, Spider-Man: No Way Home is expected to stream on Disney Plus, which costs $7.99 per month or $79.99 per year (saving subscribers around $16 from the monthly rate). 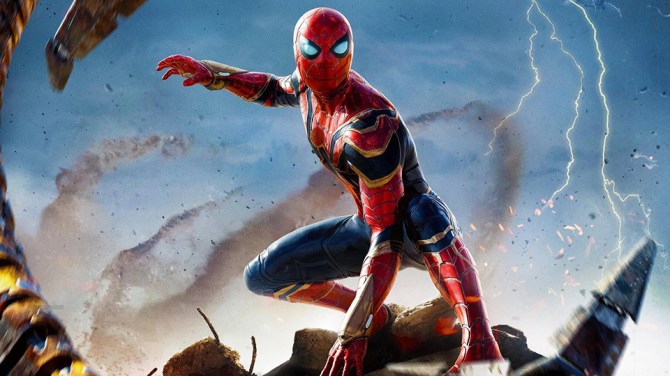 How to watch Spider-Man: No Way Home online for free

Hulu offers a seven-day free trial of Starz’s streaming service, in addition to its own 30-day free trial. The service—which offers more than 1650 TV shows and 2,500 movies—starts at $6.99 per month for its basic subscription with ads. Meanwhile, its ad-free plan costs $11.99 per month. Both plans come with a 30-day free trial of Hulu, with the option to add a Starz free trial for seven days. Hulu also offers a live-tv plan, Hulu+ With Live TV, which has access to Hulu’s library of movies and TV shows, along with more than 75 live channels and 50 hours of DVR. Hulu+ With Live TV also offers a seven-day free trial, and costs $65 per month if one chooses to subscribe after their trial ends.

Verizon customers with Get More Unlimited and Play More Unlimited plans are also eligible for their Disney Bundle, which offers not only a free Disney Plus subscription for as long as you have your Verizon plan, but also free Hulu and ESPN+ subscriptions too, which saves viewers about $12.99 per month. Click here for Verizon’s FAQ on how to sign up for its Disney Bundle. So there you have it—a way to watch Spider-Man: No Way Home online for free.

Who’s in the Spider-Man: No Way Home cast?

Will there be a Spider-Man 4?

Spider-Man: No Way Home will be available to stream on Disney Plus in 2023. Here’s how to watch it for free.

For more about Spider-Man, check out Marvel’s special edition book, Spider-Man: From Amazing to Spectacular: The Definitive Comic Art Collection, which takes readers through 50 years of Spider-Man. The deluxe art book
—which includes exclusive interviews and content from the writers and illustrators that brought the Marvel superhero to life half a century ago—follows Spider-Man’s history, from his first appearance in Amazing Fantasy #15 in 1962 to how he went from being Marvel’s chronic underdog to the amazing and spectacular superhero fans know today. The book—which also includes a deep dive into Spider-Man’s superpowers, including his spider-like strength, genius mind and webslingers (not to mention his “fully loaded arsenal of quips—Spider-Man: From Amazing to Spectacular also features never-before-seen art of the friendly neighborhood superhero, and behind-the-scene details from creators like Brian Michael Bendis, Gerry Conway and Tom DeFalco, as well as others who helped bring Peter Parker to life. Spider-Man: From Amazing to Spectacular is a must-read for any Marvel superfan.