Like the rest of the shows in the Real Housewives franchise, RHOP—which stars current cast members Gizelle Bryant, Ashley Darby, Robyn Dixon, Karen Huger, Candiace Dillard-Bassett, Wendy Osefo and Mia Thornton—follows the lives of several affluent women living in and around Potomac, Maryland, a town outside of Washington D.C. In 2018, In 2018, the American Community Survey ranked Potomac, which has a median income of $240,000, as the sixth-wealthiest city in the United States.

So where can fans watch RHOP? Read on for how to watch The Real Housewives of Potomac live online to see all the drama in Maryland this season. 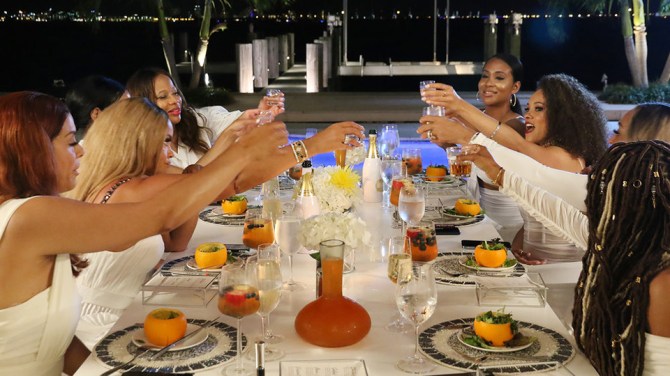 When does The Real Housewives of Potomac air?

The Real Housewives of Potomac season 7 airs on Sundays at 8 p.m. ET/PT and 7 p.m. CT on Bravo.

How to watch The Real Housewives of Potomac live online

Read on for step-by-step instructions on how to sign up for Sling TV to watch The Real Housewives of Potomac live online. 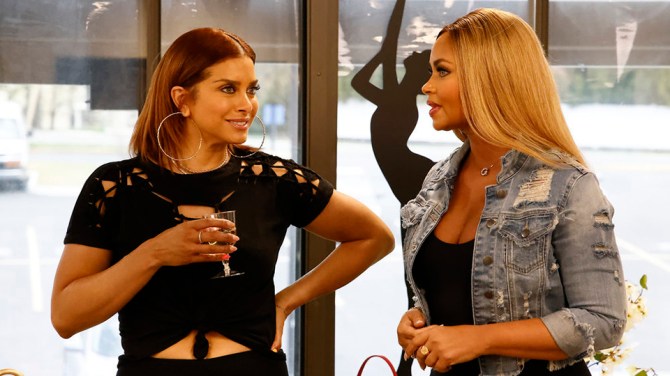 Who’s in The Real Housewives of Potomac cast?

In an interview with HollywoodLife in October 2022, Gizelle teased her “fallout” with Candiace on The Real Housewives of Potomac season 7 occurred because of the lack of appreciation she felt from Candiace after Gizelle supported Candiace in her fight with former cast member, Monique Samuels. “What does change my perspective of that whole fallout was I found out later that… because you know I was very team Candiace about that,” she said. “She didn’t appreciate it or care one way or the other. So as a friend of mine, I’m like, ‘wait a minute, I was riding for you’. And she couldn’t care less.”

Gizelle explained that Candiace’s lack of appreciation was “hurtful” to her. She continued, “And that made me reevaluate the friendship,” Gizelle also revealed that there’s “no turnaround” for her and Candiace’s friendship after season 7. After Gizelle’s interview with HollywoodLife, Candiace clapped back at her co-star in a series of tweets. “Let’s be honest. You are no one’s friend. You come collect a check and go home to those purple walls,” Candiace tweeted .”The small part of me that DID want to believe weren’t total garbage woke up when you decided to get creative with my husband.” Candiace continued in a second tweet, “And don’t insult my intelligence with this bs victimization that you pulled out of your hind parts at 5 o’clock today. It’s as believable as (absent) your storylines.

Ashley, who filed for divorce from her husband Michael Darby in 2022, also told In The Know in October 2022 about how her separation will play out in The Real Housewives of Potomac season 7. “I feel like my life goes through so many major moments. And it seems to happen while I’m on the show, whether it’s the birth of my children, or I find out I’m pregnant, or something like that. So when we start filming the show, does it corresponds with so many big moments in my life?” she said. She continued, “That is one where I did contemplate how much I would be comfortable sharing because it’s just such a vulnerable time for me. But I realized that it’s therapeutic to share about my journey. And I actually got—I get quite a bit of support from my friends, from the ladies in the group. So it’s been an interesting time for me.”

In an interview with Page Six in October 2022, Mia, who is seen throwing a drink at Wendy in The Real Housewives of Potomac season 7 trailer, explained the moment. “I would just say sometimes people talk too much,” said Mia, who famously threw a salad at Candiace in season 6. “I do not think that anybody deserves to have a glass [thrown] in their face. I’m not perfect. I make mistakes. I have this thing with food, and it flying in the air, clearly.” She continued, “I’m going to work on tossing things. … I immediately go into this, like, ‘Oh, my gosh Mia, no one deserves to have anything thrown at them.’ Like, that’s real rude. I will own that. Self-accountability 101. It’s not the nicest thing to do to anybody.”

Mia also responded to Wendy’s claim that the moment was “unwarranted” and was a way for Mia to have a memorable Housewives TV scene. “Well, I am a ‘Housewife,’ so I don’t look for ‘Housewives’ moments, OK? For the record,” she said. “Everybody has their own viewpoint on situations. All I have to say is tune in, see how it really plays out. I beg to disagree [with Wendy], but she is entitled to her opinion.” She also slammed Wendy for calling her a “crater-faced bitch” in the incident. “It hurts because it’s something that I can’t necessarily do anything about. You immediately start to go into this spiral of, ‘OK, how do I fix it? How do I make sure that I remain mentally strong enough to not allow someone to judge me based off my physical exterior?’” Mia said. “Because there’s so much more to Mia inside that I don’t want people to forever look at me and say, ‘Oh, you know, she has all these acne scars.’ And what does that even matter?”

Who is The Real Housewives of Potomac host?