If you finished the first five seasons Netflix, you may want to know how to watch Peaky Blinders in the US online for free, so you don’t have to wait a full year until the next season.

Peaky Blinders, which premiered on BBC in 2019, is a British period crime drama that follows the Peaky Blinders, a crime gang from Birmingham, England, led by Thomas “Tommy” Shelby (Cillian Murphy) that was formed in the aftermath of World War 1. The group is based on a real gang of the same name that was active in Birmingham from the 1890s to the 1910s. In January 2021, BBC announced that Peaky Blinders season 6, which premiered in February 2022, would be the show’s last. Though Peaky Blinders ended in 2022, creator Steven Knight confirmed to Entertainment Weekly that there is a movie planned for the show to officially conclude the series. “I’m calling this the end of the beginning,” Knight said. “We’re going to end the series as it is at the moment, but we’re going to do the movie, which we’ll shoot in 18 months time, maybe a little bit longer.” He continued, “After that, according to how the film structure falls into place, we’ll set in motion some spin-offs that will be part of the same universe.”

While Netflix has acquired the rights to stream Peaky Blinders in the United States, it could take months (or even a full year) before the show is available to stream in America. That’s where we come in: Read on for how to watch Peaky Blinders in the US online for free if you can’t wait for season 6. (Trust us, this hack is worth it for the final season.) 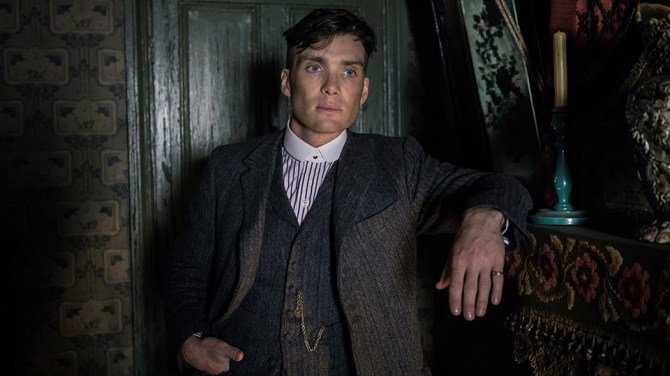 When does Peaky Blinders air?

How to watch Peaky Blinders in the US

While the first five seasons of Peaky Blinders are on Netflix, season 6 is only available in the United Kingdom. It’s unclear when season 6 will be available on Netflix, but if it follows the same timeline as past seasons, it could take a full year (or even longer) before it hits the streaming service.

The best way to watch Peaky Blinders in the US is with a VPN, which allows users to set their computer’s location to another country and access websites that would otherwise be restricted by their location. Peaky Blinders season 6 airs live and is available to stream for free on BBC One‘s website, BBC.co.uk. To watch the show, however, Americans will need a VPN. One of the best VPN services out there is ExpressVPN, which is easy to use and offers a 90 days for free. (Yup—that’s three months at no cost.)

The service is also a lot more affordable than other VPN services out there. After the free 90 days, ExpressVPN costs $6.67 per month for a 12-month plan ($80.04 in total), $9.99 per month for a six-month plan ($59.95 in total) or $12.95 per month for a monthly plan. ExpressVPN also offers a 30-day money-back guarantee if you subscribe and change your mind. Of course, users can do more than watch Peaky Blinders in the US with a VPN. They can also access international versions of Netflix, Disney Plus and HBO Max, which have different content than in the US, as well as stream international services like Hayu, which has access to programs like the Real Housewives, Below Deck, The Bachelor and hundreds of other reality TV shows.

So how can one watch Peaky Blinders in the US? Here are step-by-step instructions. 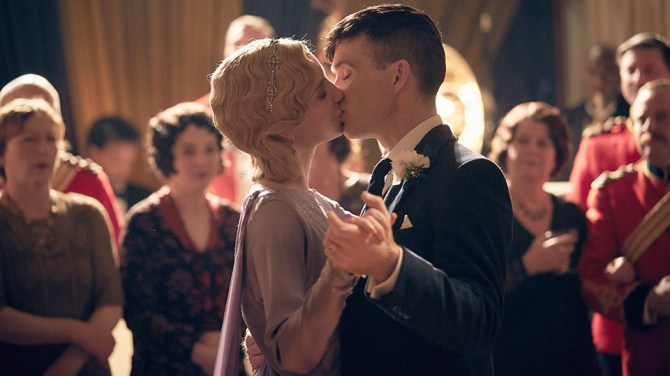 Who’s in the Peaky Blinders cast?

In an interview with The Guardian in 2022, Cillian Murphy, who’s played Tommy Shelby since season 1 of Peaky Blinders, opened up about the end of the series. “It feels like the end of something,” he said. “It’s strange talking about it. I don’t have a grasp on it yet. Maybe when it’s done I’ll have some perspective.” He continued, “It’s the end of 10 years of my life; a big adventure with lots of colleagues and people that you became very close to.”

Murphy also told The Guardian about the experience of playing Tommy, which he called “exhausting.” “I do all the work before I arrive on set,” he said. “But that method thing doesn’t really make sense to me. It’s about a series of little decisions and processes, which hopefully add up to the performance you want.” Murphy also opened up about what it was like to lose Helen McCrory, who played Tommy’s aunt Polly from seasons 1 to 5 and died from cancer at the age of 52 in 2021. “Her death was unbelievably sad and difficult,” Murphy said. “But I’m always careful when I talk about it. I’m a friend and a colleague, but then you think about Damian [Lewis, McCrory’s husband] and their kids. I don’t own that grief, you know? But she was a remarkable human being and a remarkable actor. It was very hard to make it without her.”

Murphy also acknowledged the two-year break between season 5 and 6 of Peaky Blinders to Variety, and how fans will be “pleased” by the final season despite the long wait. “There’s always been a sort of long pause because, well, we do the show and then we all go off and do other jobs — we aren’t tied to the show the whole time,” he said. “There’s always been a long-enough gap between each series since we initially started shooting this in, what, 2012? And now it is 2022, so when it comes to the math, that’s six seasons in 10 years. So, it’s been a long time! What can they expect?”

He continued, “I think this is the culmination of the series that hopefully improves upon the last season and makes the most recent one the richest and deepest one that we possibly can, partially because of all of the pandemic shit happening in the world and, of course, the really sad loss of [Helen] McCrory. I think we are determined to make this a special series and we have been extra committed to working hard. I think the fans will be pleased!”

Peaky Blinders season 6 is available to stream on BBC.co.uk with a VPN. Here’s how to watch it for free.