If you want to see Team USA win gold, you may want to know how to watch the Olympics 2022 online for free to not miss American athletes like Shaun White, Chloe Kim and Mikaela Shiffrin go for the gold at this year’s winter Olympics.

The 2022 Winter Olympics, also known as the XXIV Olympic Winter Games, will be held in Beijing, China, for two weeks from February 4, 2022, to February 20, 2022. Beijing was selected as the 2022 host city in July 2015 at the 128th International Olympic Committee Session in Kuala Lumpur, Malaysia, and became the first city to host both the summer and winter Olympic. Beijing, which is the largest city to host the winter Olympics, also hosted the 2008 Summer Olympic. (Four venues originally constructed for the Beijing 2008 Summer Olympics will be used for the opening and closing ceremonies of the 2022 Winter Olympics.)

The Beijing 2022 Winter Olympics also mark the first time the winter Olympics have been held in China. (The event is the second Olympics in China overall.) China is also the third consecutive East Asian country to host the Olympics after the 2018 Winter Olympics in Pyeongchang, South Korea, and the 2020 Summer Olympics in Tokyo, Japan, which was held in the summer of 2021 due to the current health crisis.

So where can one stream the Beijing 2022 Winter Olympics? If you don’t have a TV, read on for how to watch the Olympics 2022 online for free to support Team USA on their quest for gold. 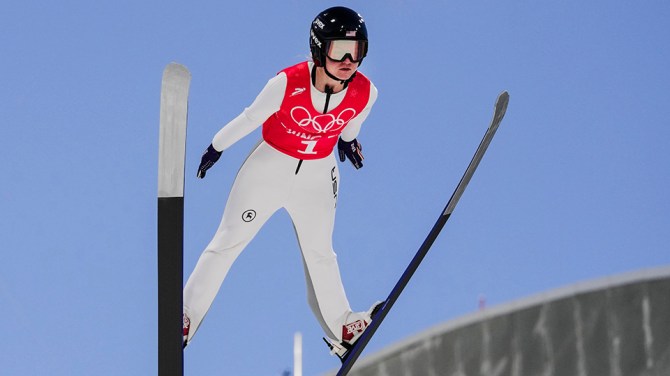 How to watch the Olympics 2022 online

How can one watch the Olympics 2022 online? The Beijing 2022 Winter Olympics air on NBC and USA, which are available to stream with services like Sling TV, Fubo TV and Hulu + Live TV. Sling TV costs $35 per month, while Hulu+ With Live TV and Fubo TV both cost $64.99 per month.

How to watch the Olympics 2022 online for free

How can one watch the Olympics 2022 online for free? Read on for our tips and tricks to stream the Beijing 2022 Winter Olympics at no cost.

Sling TV’s free trial is an excellent option to watch the Olympics 2022 for cheap. Sling offers two plans: Sling Blue and Sling Orange. (Sling Blue is more suited for news and entertainment, while Sling Orange is better for sports and family.) Both include a three-day free trial and cost $35 per month after the trial ends, if one chooses to subscribe. Both also offer 50 hours of DVR and local channels like NBC, which is where the Olympics airs. If you had to choose one, though, we recommend Sling Blue to watch the Olympics Not only does the plan include more channels, but it also allows the user to stream on three devices (Sling Orange allows only one), which means that you can split the cost with two other people, who can stream the Olympics on their own devices. (That’s just $3.33 per person.)

The best way to watch the Olympics 2022 online for free is with Fubo TV’s free trial. Fubo TV offers a seven-day free trial. Along with NBC,  Fubo TV offers more than 100 channels, including ABC, CNN and CBS, at least 250 hour of DVR and a streaming library with hundreds of hours of TV shows and movies. After the free trial ends, Fubo TV costs $64.99 per month, so be sure to cancel it before you’re charged. Given that the Olympics 2022 is only two weeks, viewers can combine Fubo TV and Sling‘s free trials to watch most of the event at no cost.

While full Olympics coverage is on Peacock Premium or Peacock Premium Plus, Peacock Free still has a lot of Olympics content, including Olympic news, Olympic interviews, “Meet the Athletes” mini documentaries,  and “Road to Beijing Highlights” videos. The free plan—which users can subscribe to with just their email—alo offers thousands of hours of movies and TV shows from NBC Universal properties like NBC, Bravo, E! and Oxygen.

If you want to watch the Olympics 2022 online for free, there is a way, but you’ll need to be an Xfinity subscriber or know someone who is. Customers who have Xfinity Flex, Xfinity X1, Xfinity Internet or Xfinity Digital Starter TV accounts can receive a Peacock Premium subscription for free. Yes, free. Peacock has a guide for how to connect your Xfinity and Peacock accounts, but we also listed the steps below. Cox subscribers, who have Cox Internet Customer with Contour Stream Player or Starter Video, also have access to free Peacock Premium subscriptions. 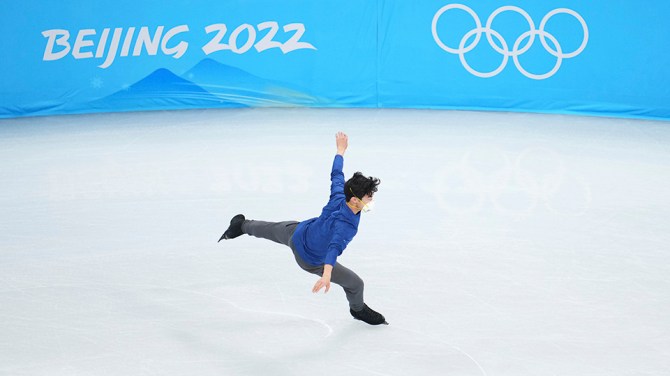 When is the Olympics Opening ceremony 2022?

When is the Olympics Closing ceremony 2022?

What sports are in the Olympics 2022?

In an interview with People in January 2022, White—who has competed in the 2006 Torino Olympics, the 2010 Vancouver Olympic, the 2018 Pyeongchang Olympics and the 2022 Beijing Olympics—opened up about why Beijing will be his last Olympic games. “It is one of those things where I have accomplished so much,” he said. “I think it would be a different story if I had come close to the gold four times and this was my last chance … Having such a long and amazing career, now at this point in my life, I can go back and go ‘Wow, it’s been incredible.'” He continued, “I don’t think I will ever leave the sport. It is just me taking on a new role which is empowering and exciting.”

White has three gold medals in Halfpipe snowboarding from the 2006 Torino Olympics, the 2010 Vancouver Olympics and the 2018 Pyeongchang Olympics. White told People that one of the reasons he chose to retire was the pressure he felt to beat his performance each year. “Once you win, you realize that you’re capable of winning and you go back into the halfpipe or whatever it is, the situation, and you go ‘Gosh, well I won before why can’t I do it again?'” he said. “And then you win again and this momentum builds and you start to feel this sort of like pressure, but then again this sort of expectation.”

Still, as one of Team USA’s most veteran athletes at the Beijing 2022 Winter Olympics, White has a piece of advice for anyone who may be aspiring to be an Olympic athlete one day. “Everything you do in life takes hard work, and if you find something you really love to do, go for it. You may fall as many times as you get up, but be patient and trust the journey. It’ll be worth it, as long as you love doing it,” he said. 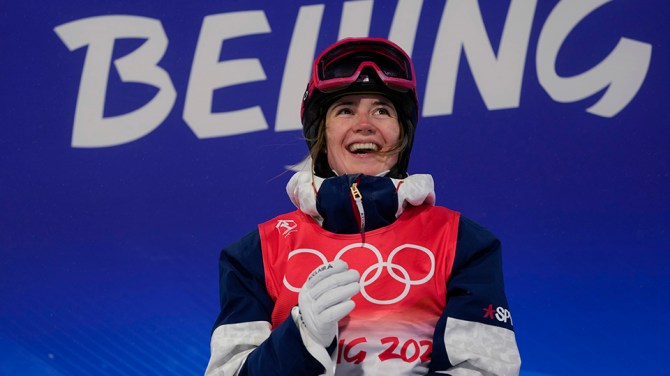 When are the Paralympics 2022?

Where are the next Olympics?