There are few events in basketball quite as exciting as NBA All-Star Weekend, which sees some of the league’s top athletes and celebrities participating in games and contests all weekend long—but for many fans, it’s knowing how to watch the NBA All-Star Game itself that matters most.

The National Basketball Association’s All-Star Game is the highlight of the NBA’s All-Star Weekend. This year’s edition, which marks the 71st annual All-Star Game in NBA history, will see the 24 of the league’s top players pitted up against each other in two teams. The starting lineup for each team is chosen by votes from members of the media, fellow NBA players and fans alike. The two players with the most votes overall are named team captains, and can take turns choosing their teammates from the remaining players. For the 2022 NBA All-Star Game, LeBron James is serving as the captain of the Eastern Conference team, whereas Kevin Durant was named captain of the Western Conference squad.

Read on ahead for all there is to know about the exhibition game—including when, where and how to watch the NBA All-Star Game for free without cable, along with details about the teams, performers and everything else you can expect from this Sunday’s game.

The NBA All-Star Game is on Sunday, February 20 at 8:00 p.m. ET. All-Star Weekend coverage began on Friday, February 18 with the All-Star Celebrity Game on ESPN. Coverage continued through to Sunday afternoon, with the NBA G League Next-Gen Game between the G League Ignite vs. the Cleveland Charge at 2 p.m. ET.

Where to watch NBA All-Star Game 2022

If you’re looking for ways to watch the game in person, you may still be able to get tickets to the NBA All-Star Game through VividSeats.com. The website can deliver your tickets instantly over text or email, giving you an easy way to attend the game at the last minute.

How to watch the NBA All-Star Game without cable 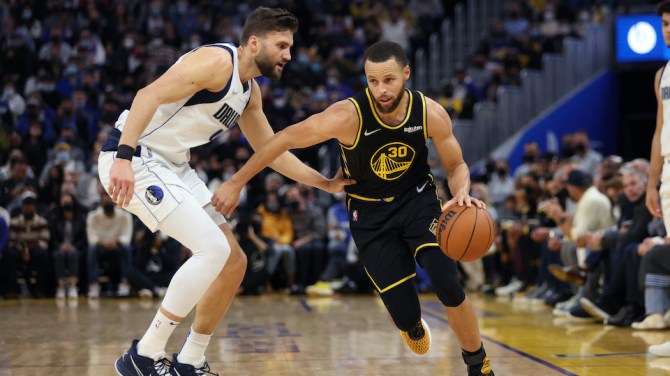 FuboTV also offers users a way to watch the NBA All-Star Game without cable. A FuboTV monthly membership costs $64.99, which runs you much less than typical cable bundles. The streamer includes TNT to watch the NBA All-Star Game online. FuboTV is also a favorite when it comes to other sports events, as it offers NHL Network, MLB Network and Golf Channel, among others. Aside from sports, a FuboTV subscription gives you access to over 100 more channels—including AMC, Bravo, E! and Showtime—along with at least 250 hours of DVR and a streaming library with hundreds of TV shows and movies. And just to sweeten the deal, FuboTV even allows up to three screens to stream at once so that family and friends can join you as you watch the NBA All-Star Game online.

If you’re looking for a complete package to rival typical cable bundles and watch the NBA All-Star Game online, we highly recommend Hulu+ With Live TV. The service, which costs $69.99 per month, offers more than 75 live channels, 50 hours of DVR and hundreds of hours of TV shows and movies not available on Hulu’s base plan—including TNT, of course, to watch the NBA All-Star Game 2022 as airs live. Hulu+ With Live TV also comes with Disney+ and ESPN+ at no extra cost to subscribers, allowing users to stream NBA games throughout the season. This saves users around $14.99 per month than if they paid for those services separately.

How to watch the NBA All-Star Game for free

The 2022 NBA All-Star Game team captains are LeBron James and Kevin Durant. LeBron chose Giannis Antetokounmpo, Stephen Curry, DeMar DeRozan and Nikola Jokic to join him in the starting lineup after getting first pick in the All-Star Draft. Durant, for his part, will not be playing on his team due to a knee injury—his team’s starting lineup includes Joel Embiid, Ja Morant, Andrew Wiggins and Trae Young.