If you love Lucy, you may want to know how to watch Lucy and Desi online for free to see Amazon’s documentary about one of Hollywood’s most beloved power couples.

The documentary, directed by Amy Poehler, follows the lives and relationship of I Love Lucy stars and married couple, Lucille Ball and Desi Arnaz, from the moment they fell in love and how they built their TV empire with their production company, Desilu Productions, to the downfall of their relationship and their eventual divorce. “Lucille Ball and Desi Arnaz, over the years, have been kind of flattened out and made two-dimensional,” Poehler told Variety in January 2022. “I was really interested in seeing the people behind the images.” She added, “People use words like ‘genius’ and ‘icon’ and ‘trailblazer,’ but those aren’t human words. Those were words for machines and astronauts, which — they were both astronauts, for sure, and they were ahead of their time. But they were also people.”

Poehler also told the magazine about how the documentary dives into who Ball and Arnaz were as people and not just Hollywood TV stars. “I knew about them as performers, not as people,” she said. “These two incredible outsiders worked hard to become powerful, influential figures at a time when women and immigrants were not running the system. But at the end of the day, the attempt was to tell a love story: Their long journey of falling in love, working, and staying in love with each other through thick and thin was echoed in their show.” Poehler continued, “And then to watch America’s most powerful couple — they created the idea of a power couple — split up after being on TV, as this example of how things will always be OK, it was interesting. So much is made of their work and comedy, and it should be. But I also think it is also an equal triumph to have a relationship that was the kind that they had. It is hard to maintain a working relationship, as well as a relationship with someone you love and is your partner in raising kids.”

Lucy and Desi also includes interviews with Hollywood icons like Norman Lear, Bette Midler and Carol Burnett, who consider Ball among their inspirations. “They established their own studio. That’s an enormous operation,” Lear says. “She was fearless,” Burnette adds.“You realized, women can do this, too!” Midler says.

So how can one watch Lucy and Desi online for free? Read on for how to stream Amy Poehler’s Lucille Ball and Desi Arnaz documentary at no cost to learn about the lives of one of Hollywood’s most beloved couples. 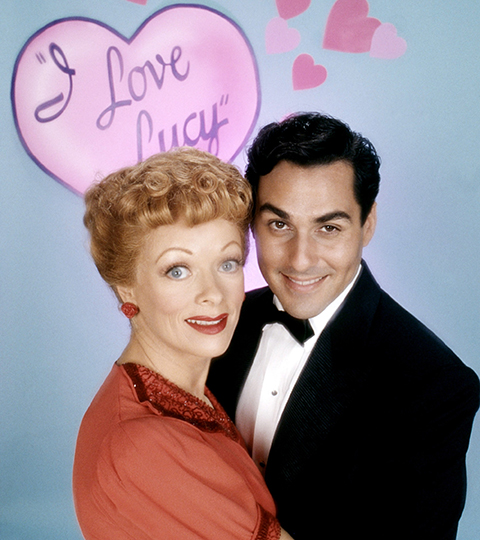 When does Lucy and Desi come out?

How to watch Lucy and Desi online

How to watch Lucy and Desi online for free