If you live in the states, you may want to know how to watch Love Island Australia in the US to see how the Aussies fare at love compared to the Brits and Americans. 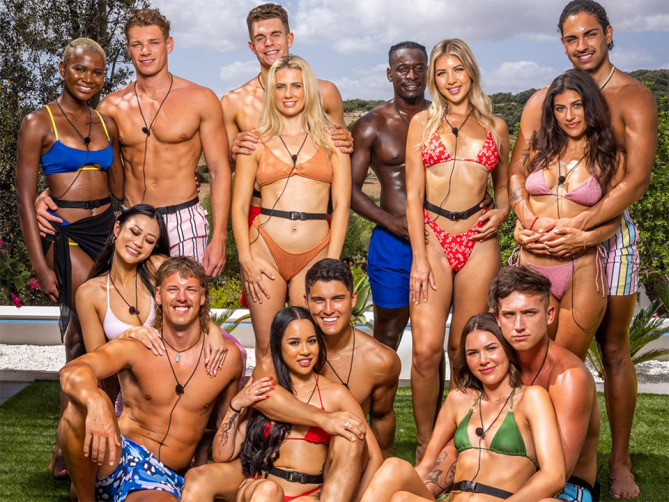 When does Love Island Australia 2022 air?

How to watch Love Island Australia in the US

Watch Love Island Australia in the US With ExpressVPN

ExpressVPN is one of the most popular VPN services, and the one we recommend above all others for a simple reason. The service—which allows users to set their location to more than 160 locations in 90 countries with unlimited bandwidth—offers a 30-day free trial and a money-back guarantee. After the free trial ends, Express VPN costs $8.32 per month for a 12-month plan ($99.95 in total), $9.99 per month for a six-month plan ($59.95 in total) or $12.95 per month for a monthly plan. Along with access to more than 160 locations, Express VPN—which takes about five minutes to set up—also promises lightning-quick connectivity, 24-hour live-chat support and allows users to connect to any device, from computers to phones to tablets. Of course, users can do more than watch international events and shows in the US with a VPN. Along with this event, VPNs also allow users to access international versions of Netflix, Disney Plus and HBO Max (which have different content than in the US) as well as stream international services like Hayu, which has access to programs like the Real Housewives, Below Deck, The Bachelor and hundreds of other reality TV shows.

Read on for step-by-step instructions on how to watch Love Island Australia in the US with ExpressVPN’s free trial.

Watch Love Island Australia in the US With NordVPN

Nord VPN is another popular VPN service recommended by YouTubers like PewDiePie, Casey Neistat and Philip DeFranco. The service—which offers a 30-day free trial and a money-back guarantee—costs $3.29 per month for two-year plan ($78.96 in total), $4.99 per month for a one-year plan ($59.88 in total) or $11.99 per month for a monthly plan. Along with access to more than 59 countries, NordVPN also allows users to connect to multiple devices (from computers to phones to tablets) and offers a 24-hour live-chat support. Read on for step-by-step instructions for how to watch Love Island Australia in the US with NordVPN’s free trial.

Watch Love Island Australia in the US with PureVPN

Watch 'Love Island Australia' in the US… $0+
Buy Now

Another popular VPN service is Pure VPN, which offers a 31-day free trial and a money-back guarantee. After the free trial ends, users can sign up for Pure VPN for $1.99 per month for a two-year plan ($53.95 in total), $3.24 per month for a one-year plan or $10.95 per month for a monthly plan. Pure VPN offers more than 6,5000 servers in over 78 countries across the world, as well as 24-hour live-chat support. Read on for step-by-step instructions for how to watch Love Island Australia in the US with PureVPN’s free trial.

How does Love Island Australia work?

How does Love Island Australia work? Like other versions of Love Island, Love Island Australia starts with 10 or so singles who are invited to a villa on a tropical island with the hopes of finding love. Within moments of meeting each other, the contestants must couple up. As couples, the contestants are required to sleep in the same bed and complete challenges with each other, such as a classic Love Island game where they have to transfer food from their mouth to their partner’s. As the season continues, more contestants are invited to the villa, and islanders already there have to make a choice about whether to stay with their current partner or couple up with someone new.

Each week, there’s a re-coupling and the contestants who aren’t in a couple are sent home. In the end, the public votes for their favorite couple among the finalists, and the winner receives a cash prize. On Love Island Australia, that prize is 50,000 Australian dollars. However, the money doesn’t go to both members of the couple. It goes to one person at random. That person must then decide whether to share the money with their partner or keep it for themselves.

Where is Love Island Australia filmed?

Who is the Love Island Australia host?

“I’m so excited to be returning as host of Love Island Australia and with overseas holidays finally coming back into view, I can’t wait to return to beautiful Mallorca to see what’s in store for our brand-new Islanders,” Monk said in a statement to 9Now about season 4.

Who is the Love Island Australia narrator?

In an interview with the Sydney Morning Herald in 2021, Mullen explained how he became the narrator of Love Island Australia. “My agent sent me a message over the summer, asking was I interested in doing it, and honestly the first round of it I was like, yeah sure, it’ll be a bit of a laugh,” he said .”It was kind of like another voiceover job, and we just kept going through the rounds, there were a few different rounds of auditions and in the last one I had to write some jokes and had some fun doing it. It just happened like that – I can’t say I knew much about the show, to be honest with you.”

Mullen also told the publication that he didn’t know much about Love Island Australia until he became the show’s narrator but has since become obsessed with the series. “I definitely went down the YouTube rabbit hole on Love Island Australia, and I feel like I got to know the characters a bit more from Season One and Season Two. I feel like they were two very different seasons, the first one there were punch-ups and everything: it reminded me of that Aussie Rules game. But the second season seemed to be the charming Australian side, and I really enjoyed a lot of the characters,” he said. “I really enjoyed Adam, he came across to me like a genuine bloke. But then he fell in love with this girl Cartier, who was really religious, a born-again Christian, and my dad was a preacher so I know those types of people. I found those guys fascinating.”

He also explained how he sees Love Island Australia contestants more as characters to write his narrations. “I think over the course of the period when you’re spending time with them every day, you’re going to have a relationship with these characters, you’re going to have feelings towards them like every audience member would,” he said. “They are characters because you’re constructing a story, but they’re also obviously human beings as well, and you definitely have to be nice as well. It’s all a bit of fun, but be nice as well.

He continued, “I find it can be hard to be nice, especially in stand-up: sometimes it can be hard to not be nasty, and to find an empathetic angle, and sometimes you have to check yourself and say, I’m just angry for angry’s sake, I’m getting an easy laugh there because I’m angry and I’m not doing anything unique there. I’ve had to change stuff in the past – that’s all part of the process of being a stand-up.”

Love Island Australia is available to stream on 9Now with a VPN. Here’s how to watch it for free.