If you were Team Daenerys on Game of Thrones, you may want to know how to watch House of Dragon online for free to see the rise and fall of the Targaryen empire.

House of Dragon is a prequel to HBO’s Game of Thrones, which ran for eight seasons from 2011 to 2019. Both series are based on George R.R. Martin’s A Song of Ice and Fire books. House of Dragons—which is specifically inspired by Martin’s 2018 novel, Fire & Blood—is set 200 years before the events of Game of Thrones and chronicles the beginning of the end of House Targaryen and the events leading up to the the war of succession for the Targaryen crown, also known as the Dance of Dragons.

In an interview with Vanity Fair, creator Ryan J. Condal explained how Martin came to him with the idea for House of Dragon. “George very kindly involved me in this project nearly four years ago. It was September of 2018 when I got called up to the major leagues,” he said. “After that, in the midst, we had this whole pandemic situation that seemed to make time roll back on itself. It just feels bizarre, in a way, after making this thing seemingly inside of a vacuum over in Watford, England, for so long, to suddenly have an audience full of people in a theater [watching] a finished show. There were times that it felt like it would never get finished.” 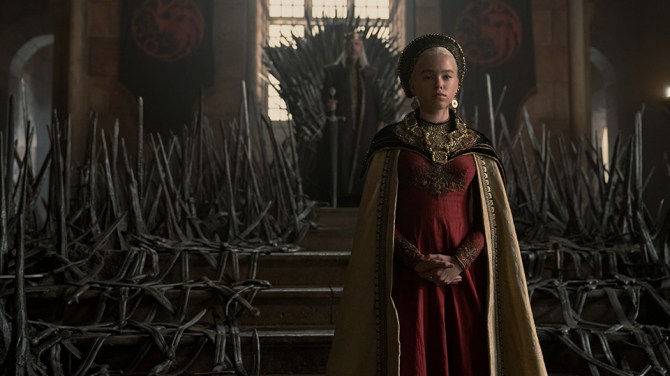 When does House of Dragon air?

How to watch House of Dragon

How to watch House of Dragon online free

How can one watch House of Dragon online for free? Read on for our tips and tricks to stream House of Dragon at no cost, even if you don’t have an HBO Max subscription yet. 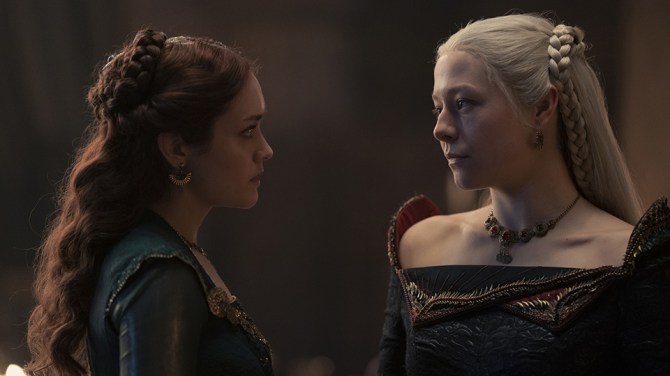 How many episodes are in House of Dragon season 1?

There are 10 episodes in House of Dragon season 1.

Who’s in the House of Dragon cast?

The House of Dragon cast includes Matt Smith as Prince Daemon Targaryen, Emma D’Arcy as Princess Rhaenyra Targaryen, and Paddy Considine as King Viserys I Targaryen, ancestors of Emilia Clarke’s Daenereys Targaryen from Game of Thrones. In an interview with The Guardian, Eva Best, who plays Princess Rhaenys Velaryon in House of Dragon, revealed that she had never seen Game of Thrones before filming its prequel.” I was a complete Game of Thrones virgin. I knew it was a big deal but was unprepared for the sheer, gobsmacking scale of it. Walking on to the set was like walking into New York but instead of towering skyscrapers, it’s Dragonstone. The crew was nearly 4,000 people, which was jaw-dropping. I’ve caught up since,” she said.

Due to House of Dragon‘s connection to Game of Thrones, Best also explained that everything, from the scripts to her audition, were kept top-secret. “Everything was very secretive. To audition, we were initially sent a scene from the original Game of Thrones with the names changed,” she said. “We weren’t even told the title of the new show. When eventually I was sent a real script, I loved the writing. Ryan [Condal] and Miguel [Sapochnik, co-showrunners] hooked me in immediately with the driving theme of the series. There is a line my character says early on: “Men would sooner put the realm to the torch than see a woman ascend to the Iron Throne.” Lose the word “Iron” from that sentence and it feels all too relevant. To top it all off, they told me my character was a dragon rider. I was in!”

Creator Ryan J. Condal also told Vanity Fair about how much more of a budget House of Dragon had for its first season than for Game of Thrones‘ first season before the show became a bonafide hit. “We went into the series knowing that this was a time of high decadence. We consider this the apex of the Targaryen empire, so we really wanted to communicate this idea of wealth and prosperity and the fact that there had been six years of peace,” he said. “The Targaryens really were able to develop all the nice things that happened: peacetime, statues and art, and roads and fountains.” He continued, “I think the original Game of Thrones feels…some of this is due to just, those poor guys had a fifth of the resources that we have now. But thanks to the great success that they earned along the way, we were just given it when we walked in the door. We used that to really make this seem like the previous [show] feels like an empire in decay, the great dynasty has fallen, the Targaryens are gone. They’ve been replaced by Robert Baratheon, who is not known for being a progressive leader who puts coin back into the betterment of the kingdom.”

Read on for the full House of Dragon cast.

House of Dragon is available to stream on HBO Max. Here’s how to watch it for free.