If you can’t wait for music’s biggest night, you may want to know how to watch the Grammys 2022 online for free to not miss performances from BTS, Olivia Rodrigo, Lady Gaga and more stars.

The Grammys, which were originally known as the Gramophone Awards, started in 1959 as a way to honor artists and executives in the music industry in the same way that movies and television have the Oscars and the Emmys. The first award show was held on May 4, 1959, at the Beverly Hilton Hotel in Beverly Hills, California, as well as the Park Sheraton Hotel in New York City. However, it wasn’t until later that year, at the second Grammy awards, that the show was televised for the first time. Its first live telecast was with the 13th Grammys in 1971.

Since the Grammys started more than 60 years ago, thousands of artists have received the coveted award: a gold-plated, gilded gramophone trophy made of zinc alloy. Though there are more than 80 categories across more than 25 fields and music genres, the Grammys are best known for their “General Field” categories (also known as the Big Four categories): Album of the Year; Record of the Year; Song of the Year; and Best New Artist. “Artists will often see a boost in album sales and streaming numbers after taking home a Grammy in what’s called a ‘Grammy bump,’ but the size of the bump often correlates with how many awards are collected and when in the ceremony the wins occur,” Billboard reported in 2022 of the significant of the Grammys. “Generally, primetime award wins and showstopping performances during the main telecast will yield bigger gains.”

So…where can one stream the Grammys? Read on for how to watch the Grammys 2022 online for free to catch performances from BTS, Olivia Rodrigo, Lady Gaga and more artists live on music’s biggest night. 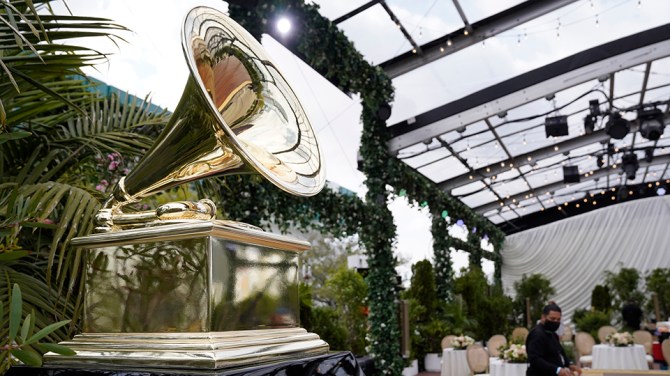 How to watch the Grammys 2022 online

How to watch the Grammys 2022 online for free

How can one watch the Grammys 2022 online for free? Read on for our tips and tricks to stream the awards show and see performances from BTS, Olivia Rodrigo and more at no cost.

Sling TV’s free trial is an excellent option to watch the Grammys 2022 for cheap. Sling offers two plans: Sling Blue and Sling Orange. (Sling Blue is more suited for news and entertainment, while Sling Orange is better for sports and family.) Both include a three-day free trial and cost $35 per month after the trial ends, if one chooses to subscribe. Both also offer 50 hours of DVR and local channels like CBS, which is where the Grammys 2022 airs. If you had to choose one, though, we recommend Sling Blue to watch the Grammys 2022. Not only does the plan include more channels, but it also allows the user to stream on three devices (Sling Orange allows only one), which means that you can split the cost with two other people, who can stream on their own devices. (That’s just $3.33 per person.)

The best way to watch the Grammys 2022 online for free is with Fubo TV’s free trial. Fubo TV offers a seven-day free trial, which is more than enough time to stream the Grammys 2022. Along with CBS,  Fubo TV offers more than 100 channels, including NBC, CNN and ABC, at least 250 hour of DVR and a streaming library with hundreds of hours of TV shows and movies. After the free trial ends, Fubo TV costs $64.99 per month, so be sure to cancel it before you’re charged. 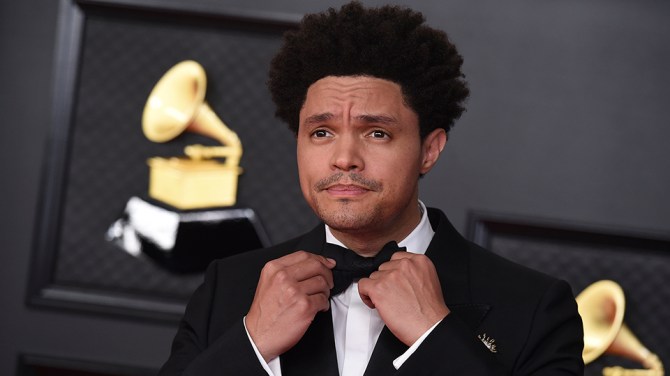 The Grammys 2022 host is comedian and Daily Show host, Trevor Noah, who also hosted the Grammys in 2021. In an interview with Las Vegas Magazine before the 2022 Grammys, Noah revealed how he thinks the 2022 award show will be different from past ceremonies. “I can’t wait to share the electricity of the night with 15,000 people live. It’s going to be energizing and so insane. We’ve spent two years as a society kept away from each other, and as we move back to normal these types of moments are a great way to celebrate,” he said. He also discussed how Las Vegas, where the Grammys will film, will add to the Grammys telecast. “Vegas seems like the perfect fit for the Grammys. Everyone goes to Vegas to party and enjoy the best performers in the world, and now on one night everyone shares the same stage. It’s going to feel special,” he said.

Who are the Grammys 2022 performers?

Who are the Grammys 2022 nominees?

Record of the Year Grammys 2022 Nominees

Album of the Year Grammys 2022 Nominees

Song of the Year Grammys 2022 Nominees

The Grammys 2022 will be held at the MGM Grand Garden Arena in Las Vegas, Nevada.