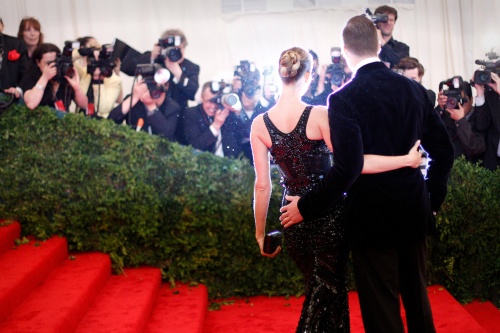 For serious fans of fashion, there is no bigger red carpet affair than the annual Costume Institute Benefit—a.k.a. the Metropolitan Museum of Art Gala, or Met Gala for short—where celebrities and high fashion collide in a bonanza of couture gowns that more than rivals the Oscars in unabashed glamour.

Part of the evening’s fun—even for us spectators—is seeing what attendees choose to wear on the red carpet at the Met Gala, which will be held on May 6 and marks the official debut of the museum’s upcoming exhibit “Punk: Chaos to Couture” (we got a sneak peek during New York Fashion Week, and it looks phenomenal). Considering attendees’ high-design attire is typically loosely inspired by the exhibition’s theme, we have a feeling this particular red carpet will be one for the record books.

This year, fashion fans will actually be able to purchase some of the stunning designer Met Gala gowns straight off the backs of the stars, thanks to high-end trunk show-style website Moda Operandi.

How It Works: During the Costume Institute “Spotlight,” shoppers will be able to shop the stars’ Met gala gowns online and then purchase actual looks created for gala-going celebrities by a select number of designers, including Anthony Vacarello, Rodarte, Nina Ricci, Wes Gordon, and Balmain.

Which A-lister will be wearing which designer gown won’t be revealed until the night’s star-studded red carpet, of course, but getting an early look at the evening’s arrivals will be a breeze, as Moda Operandi is set to the livestream the event starting at 7 p.m. on May 6. You can also catch the livestream at Vogue.com, Samsung.com/GalaxyS4/Punk, or MetMuseum.org.

MORE: A Sneak Peek At “Punk: Chaos to Couture”