Though some would argue that a fixation with plumped-up lips never really went out of style—we frosted in the ’80s, lined in the ’90s, and Restylaned like crazy in the aughts—it seems that within the last year or two, it’s had something of a renaissance, thanks to a specific 18-year-old reality star by the name of Kylie Jenner, who caused an international frenzy when she managed to go from having a mouth you needed a magnifying glass to see to cartoonishly oversized lips that marked the first step in a radical new direction. Miss Jenner also, in the early stages of her metamorphosis, didn’t cop to fillers, and instead chose to stick by her tale that overdrawing was the culprit—a tale most of her die-hard fans bought hook, line, and sinker.

Sorry to burst your bubble, but even the most spectacular lip pencil on planet earth can’t achieve that, something even Ky eventually admitted herself. But! For those not willing to join the injection revolution just yet but want a slight boost in lip volume, Kylie’s excuse is actually a viable way to do it—if you know how.

Here, MAC Cosmetics’ Senior Artist Chantel Miller shows you how to overdraw lips in under two minutes flat using nothing but concealer, lipstick, and lip liner. Watch the video above for a step-by-step tutorial and shop the exact products she used, below. 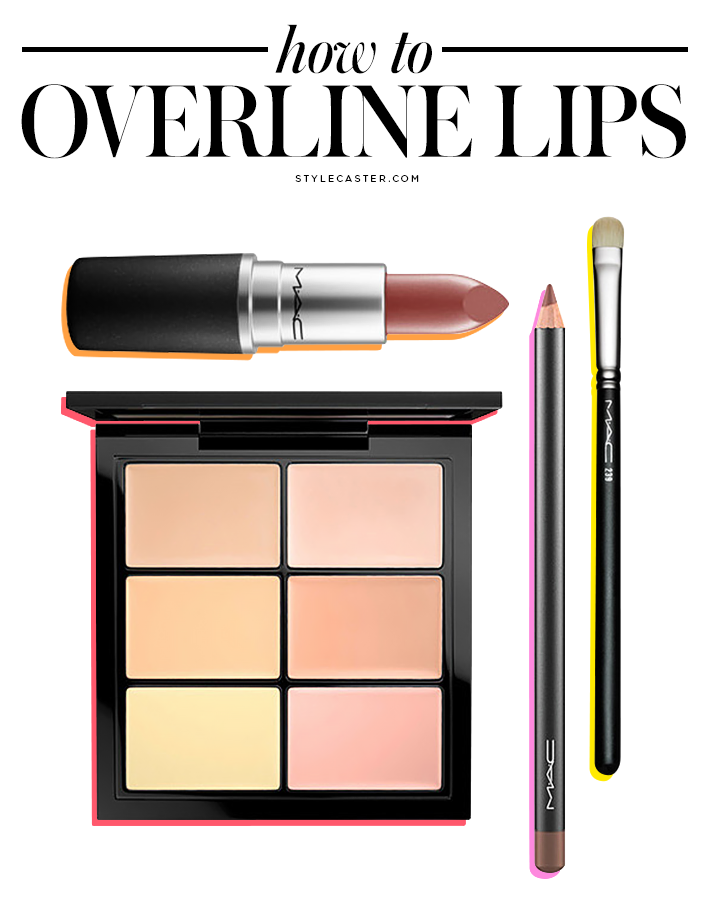