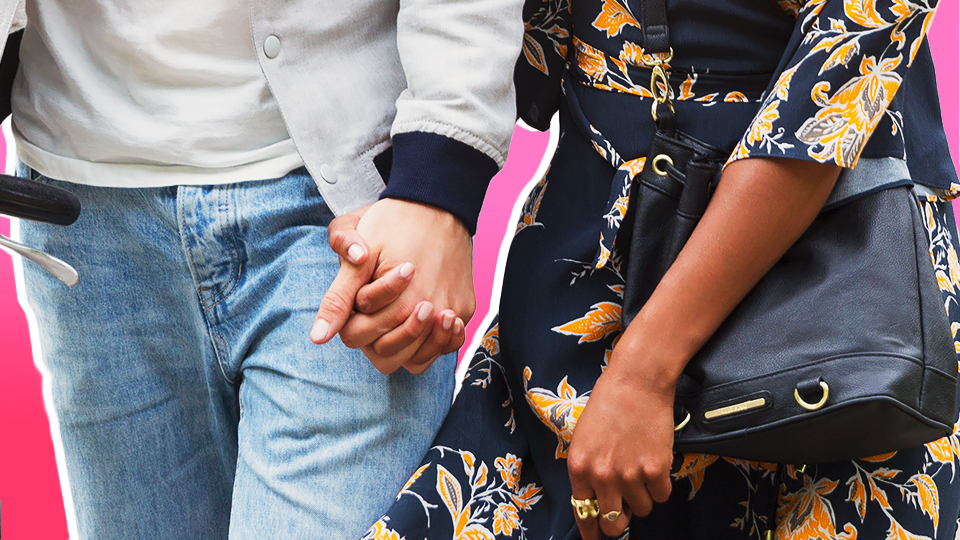 If you’re a single woman, you’re probably all too aware of the challenges of dating in 2016. Social media, hookup culture, and dating apps like Tinder have all but ended the existence of old-fashioned courtships. Not that that’s necessarily what you want—and if you’re getting laid and happy about it, more power to you. But if what you’re looking for is an actual relationship that might lead to something like a lifetime (or at least long-term) partnership, you’d be wise to arm yourself with ways to help you sift through all the dudes you meet, date, and sleep with, and focus on the ones with real relationship potential.

Sometimes, that means being a little strategic. I’m not saying you should go all Rules and start playing hard to get, but you can save yourself a ton of time and energy that might otherwise be spent seeing emotionally unavailable, immature, incompatible, or game-playing men by using a few smart tactics. I talked to relationship and sex therapist Marissa Nelson, Ph.D., about what behaviors and attitudes can help single daters go from wishing they were in relationships to actually being in relationships.

In addition to being healthy and empowering, these habits will also make you generally more intriguing and attractive to whomever you happen to be dating. That’s what we call a win-win, ladies.

Try, try, try not to overanalyze.

Easier said than done, clearly. There are fewer things more tempting and entertaining than the three-hour brunch or happy hour catch-up with your girlfriends during which the conversation revolves around interpreting the mixed-signal text messages from your latest dating prospect. However, these conversations—especially when they turn into repetitive rants—can be counterproductive.

“Many times women will psychoanalyze every detail about a man, and many times make inaccurate assumptions about who that person is and their level of interest in them,” says Nelson. When you;re into someone, it’s natural to be inclined to want to fill each and every friend in on every minute detail of your interactions. But really, what do your friends know better or more about this situation or relationship than you? You’re the one who was there when you met. You were there when he kissed you goodbye after the date or sleepover.

If you’re feeling insecure and unsure whether a man you’re into returns your feelings, realize that obsessing about it isn’t helping the situation; it’s just making you paranoid and full of self-doubt—shitty feelings, indeed! (And, side note, not super-attractive qualities.) Do whatever you can to distract yourself or tap back into your self-confidence. It’s easy to feel like your entire self-worth is tied into whether he texts you about hanging out tonight—but it’s not. So don’t let it be.

We’re rarely more vulnerable than when we really like someone we’re dating, and are unclear about where we stand with them or how they feel about us. So if his words and behavior aren’t giving you a clear indication that he’s as into you as you are him, feel free to divest a bit. “I see many women investing too much without the other person earning or giving back the same kindness, appreciation, and attention,” says Nelson.

It’s not that you should sequester your heart and your feelings away behind an iron shield of indifference. It’s just that early on when you’re dating, it pays to be aware of how much you’re giving and getting in return. Who wants to be the one who always texts first or shows affection? That doesn’t bode well for how this person would behave as a partner, anyway.

By that I do not mean that you should remove your filter and tell the person you’re seeing everything about you and what goes on in your mind (particularly if it’s obsessing about them, LOL). I mean show them who you really are—a dorky history buff; a pop-culture obsessed clotheshorse; an introverted bookworm; or all of the above.

“The person for you is someone who is secure in who they are and not intimidated by you being who you are,” says Nelson. “Sometimes people close off if they sense that you are not being your authentic self.” No need to hide your less cool, glamorous, or conventionally feminine or attractive qualities. The person with real partner potential will appreciate the full mix of traits you possess—the good, the weird, and the goofy.

Read between the lines.

Instead of trying to interpret the hidden meaning of every little “what’s up” text, pay more attention to how the person you’re dating behaves. The old ‘actions speak louder than words’ expression has stood the test of time because it’s valid: It may be less about what he or she says in those texts, and more about how often they send them. (Read: How often they’re thinking about you.)

“You’re seeking to understand a person’s character, beliefs, and principles to determine whether he or she is a good fit with you and your values,” says Nelson. “If they’re trying to see what your interests are, what matters to you, and ask about your friends and family, it’s worth seeing where it goes.”

Back off a little.

When you’re feeling a connection, of course you want to spend tons of time together, but make sure to pace yourself. Nelson warns against doing too much too soon. “I don’t think there’s anything wrong with being open about what you’re looking for in a potential match, and communicating that up front, but don’t be too aggressive.” Not only can that kind of behavior scare someone off—it’s just not how you, as an independent and confident woman, need to live.

“Your world keeps moving on regardless of how much you like someone,” says Nelson. “Keep doing the things that fill you up as a person, and if he or she wants to be a part of that, great! A relationship is supposed to enhance your life, not be the focus of it.” Preach.

Having a physical connection is certainly a priority for any long-term relationship; but if you’re consistently hooking up with someone who you’re wondering about dating long-term, make sure there’s more going on, too. “It’s common to mistake sexual attraction for being really into someone,” says Nelson. “Time after time, I have clients who do this and end up realizing that attraction was leading the relationship.” Sex is key—but it’s not enough.

When in doubt, peace the hell out.

Don’t be one of those people who hangs around, taking a hookup’s booty calls or inconsistent texts to meet up, hoping that one day this person will change and fall in love with you. “If someone is into you, you don’t have to convince them of your worthiness, or make them see how much of a gem you are,” says Nelson. “Trust yourself and your gut: If you let go of the insecurities and mental chatter, you’ll know what to do and who is right for you.”

If you’ve given it a fair shot, and a decent amount of time to find out who they are, give yourself a little tough love and delete that person from your life. They could be preventing you from finding someone who is available to be more than just a hookup.