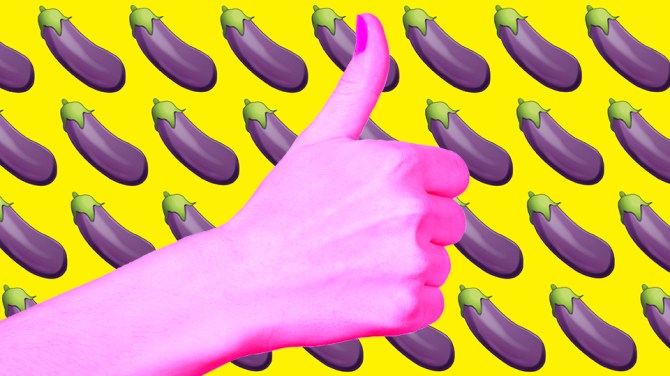 OK, so hand jobs might not be the first thing that come to mind when you think about the sex moves that men fantasize about, but they’re actually kind of underrated. Think about it: What’s hotter for him, getting off by himself, or having help from you? Exactly.

Guys can still appreciate a good hand job. (And if you don’t believe that, check out number nine on this list of moves real men love.) That’s why we compiled sexperts’ (and some dudes’) top tips for giving a great hand job.

Be on a Mission to Please

“When we do it ourselves, it’s more for function and needing to bust. But when my girl gets her hands in there, I can tell how bad she wants to get me off, which turns me on so much more,” says Brian, age 34, of Hartford, Connecticut, of his girlfriend of two years.

Whether it’s from a bottle or your mouth, make sure he’s well coated and you’re gliding along his shaft like socks on a waxed floor. “A bit of silicone lube will also mimic the feeling of being inside you,” says sexologist and relationship expert Dr. Nikki Goldstein.

If you’re only working him with one hand, try twisting your hand gently around the base of his penis and move up toward the head, says sex expert and host of “Sex with Emily” Dr. Emily Morse. “Run your hand over his head and squeeze gently. Continue this twisting and twirling motion for as long as you like.”

“I love that my fiancée’s hands are soft and smaller than mine,” says Eric, 26, of San Diego, who says his girlfriend is a pro at getting him off from hand jobs. “It makes my [penis] feel so much bigger, which makes me that much harder for her,” he adds.

Focus on the Head

Whether you’re working with one hand or two, prioritize the head, says sex therapist Dr. Misty Smith. “The head has a much higher concentration of nerve endings than the shaft of the penis.”

In the beginning, that is, when his penis is still getting hard. Fingers and light squeezes work best at this stage, say the experts, and will help heat him up faster.

All guys may love being stroked down there, but everyone has a different preference when it comes to a hand job. “Try your hands with a few different techniques and see what he likes,” says Goldstein. But don’t stress about it too much: you’re touching his penis, he’s going to like pretty much everything.

Give Him Some MORE Head

We told you how sensitive the tip of his penis is. While using one hand to stroke him up and down, use your top hand to gently play with the head at the same time, says Morse. “Wrap your hand right underneath the tip and twist your way up and around his head gently.”

One of the most sensitive areas for a dude is his testicles. “My girl does this thing where, while she has me hard in one hand, she starts moving my [balls] around like a pair of Chinese worry balls with the other,” says Kevin, 32, of Morristown, New Jersey. “It feels amazing!”

Change up the Pressure

Grip harder as he’s about to climax or as your man wishes, says Smith. Doing too much or too little of either can make him go soft and thwart an orgasm, and you don’t want all your hard work going to waste!

Trust us, you’ll know if he is enjoying it just by his facial expressions and the sounds he makes. But don’t be afraid to ask him what he likes while hard at work.

We’re talking about the super-sensitive perineum, which is the area between his scrotum and anus. “While working his shaft, you can use your second hand to stimulate the perineum,” says Goldstein. It should lead to an explosion of sensation.

MORE: Your Complete Guide to Sex Toys and How to Use Them

Whether you start out lying next to him and then move to straddle him, change it up. “Some men must be sitting or lying down to achieve orgasm. And some guys like the feeling of power or submission from standing over a girl on her knees,” says Smith. Experiment and see what works for you and your guy.

Get the Mouth Involved

It may be a hand job, but if you’re not making out, why not make it half and half? “Focus your mouth on the head of the penis, stimulating it with your lips and tongue, and take your fingers and run it up and down the shaft,” suggests Goldstein. Even just a little tongue play and teasing can help get him to climax faster.

Let Him See You in Action

Guys can get extra turned on by seeing their penis in your hand. “If your guy is visual, as most men are, then make sure your being on top of him doesn’t block his view,” says relationship expert and author Marni Kinrys.

Break Away from Your Norm

Hand jobs don’t always have to be done in the bedroom or be a catalyst for sex. “The shower, for instance, tends to be a favorite because of the easy cleanup,” says Smith. Get creative!

If you’re a hand-job newbie, the first few times you work your grip on a new guy can be intimidating. “To practice, I would use your forearm,” says Kinrys. “You want to be able to feel the pressure, but if it feels like Hulk Hogan is squeezing your arm, ease up!”

Just because it’s called a hand JOB doesn’t mean you should act like it’s work. “Saying things like, ‘hurry up’ and ‘my hands are hurting’ are huge turn-offs,” says Kinrys (even if you are feeling a little tired). Just remember that he’s enjoying this, so try to enjoy it yourself by telling him how much it turns you on to pleasure him.