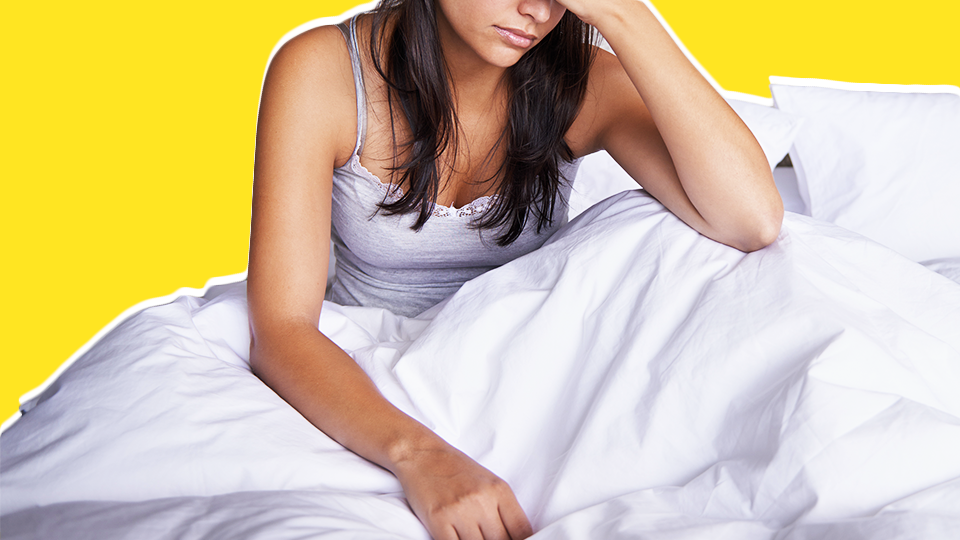 Let’s be real—it’s hard to make it past age 21 without a #regrettable or #rockbottom hookup experience, or five. Whether it was taking things a little too far with someone you probably shouldn’t have brought home in the first place or the circumstances surrounding an embarrassing, cringe-worthy hookup, we’ve all been there.

68 percent of millennials and Gen-Xs have had a one-night stand that they regret, according to a survey of 1,000 people by the safe-sex smartphone app YES to SEX. The key is not to beat yourself up too much over it, because it really does happen to the best of us. “If you get too caught up in the negativity, it’s easy to lose your sense of self-worth, and your self-esteem can plummet,” says certified personal coach and life strategist Danielle Gibson. And bringing a little humor and levity to the situation can do wonders.

So take a cue from these eight women who bravely relived—and laughed about—some of their most awkward, embarrassing, and hilarious hookup moments.

“I had recently ended things with a guy I really liked and was feeling pretty down. The weekend after the breakup, I was at a friend’s going-away party and drank a little too much, too early in the day. I was chatting it up with a friend of my friend’s boyfriend, and tipsily invited him to my apartment after the party.

I wish I could say we made out, end of story. Unfortunately, I decided to drunk FaceTime my best friend in California, a former coworker, and my mother—all while with this man I had never met before, before finally sending him home that night. The next morning, I woke up to several texts from him, my mom, coworker, and best friend, all wondering who the random dude on FaceTime was. To make matters worse, I also discovered that I drunk emailed my ex and had to answer to him. To say I caused some damage that night is a serious understatement.” –Emma, 27, New York City 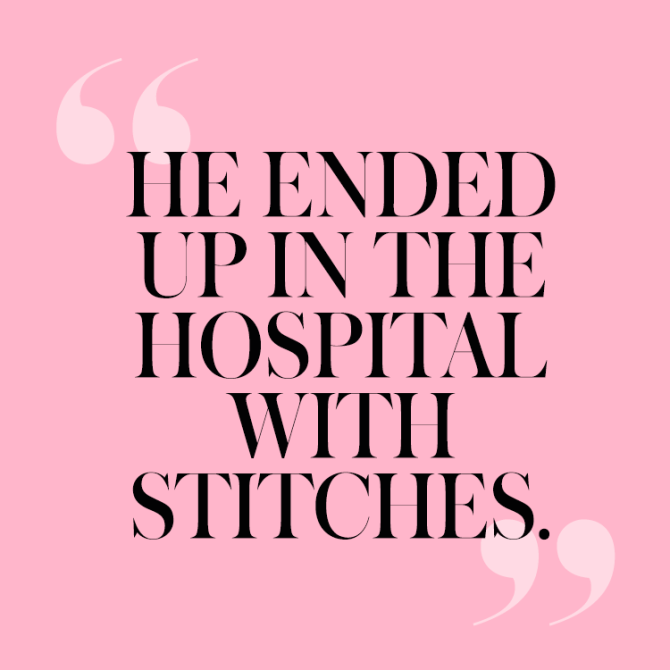 “The college I went to had a weird tradition called a ‘last chance’ list, which was basically a predecessor to Tinder. Everyone put 10 people on a list of people they’d never hooked up with but wanted to and would match with their crushes. I aimed high and put the most attractive guy I could think of on my list and was surprised—and pleased!—to match with him.

We connected during a class bar crawl, when I decided, in my drunken brilliance, to talk him into swimming in the freezing, dirty harbor with me. We jumped in, swam around, and worked up an appetite. But wait, it gets classier: After we got out, soaking wet, we went to a hot dog stand, and while eating mine, I tripped and brought my crush down with me. He hit his head on a sharp counter and ended up in the hospital with stitches, days before our college graduation ceremony!” –Ali, 31, Boston

MORE: How to Have (Good) Sex in the Water 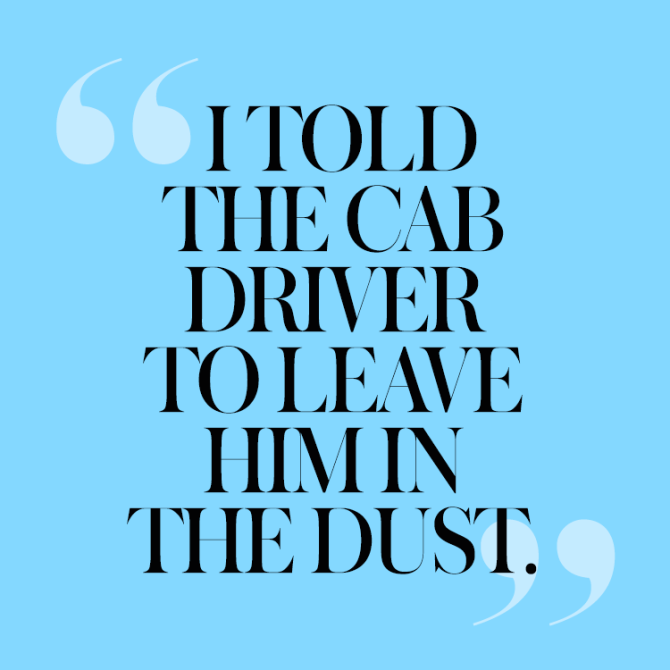 “I was out at a bar in Montauk with my friends and met a guy who grew up near my hometown. I guess I decided that was a great basis to leave with him, take a walk on the beach, hook up, and then get in a cab to go back to his place. On the way, he asked the driver to stop at a 7-Eleven so he could pick up condoms.

Drunk as I was, at that moment it hit me I had no interest in a dirty share-house rendezvous, so when he went inside, I told the driver to hit the gas, and we left the dude in the dust. I took the cab back to the hotel where I was staying with friends, and when he dropped me off, the cabbie got out, gave me a hug, and said that was the most incredible move he’d ever seen—and then asked me out.

I walked into the hotel, laughing, hoping to tell my friends the story—but quickly stopped laughing when I realized I’d been locked out and they couldn’t hear me knocking over the roar of the air conditioning. I was forced to sleep on a park bench in the lobby, and had to get up when the concierge came in at 7 a.m. Even though I didn’t sleep with the guy, that night overall was a major rock bottom for me.” –Anne, 28, New York City

MORE: 12 Real Women Tell Us How They Lost Their V-Cards 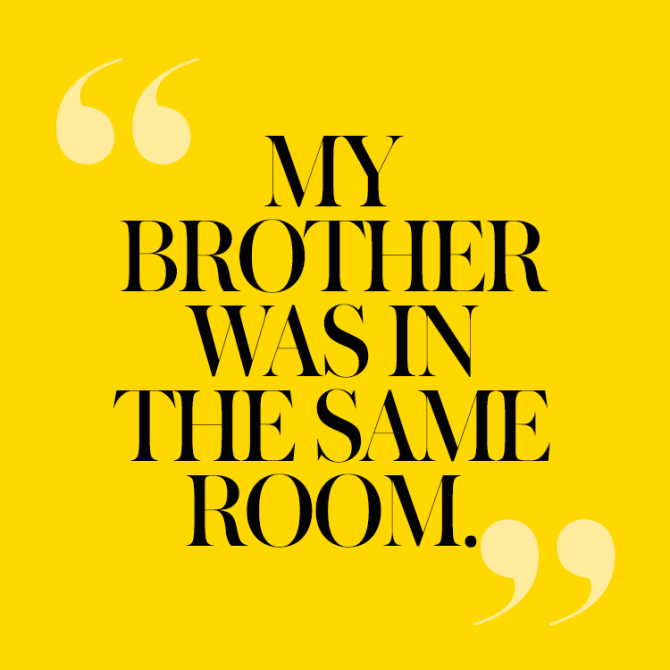 “While visiting my brother during his freshman year of college, I somehow wound up hooking up with his roommate. I was 16, the lights were off, and my brother was in the same room. It was regrettable, to say the least.” –Sarah, 28, New York City 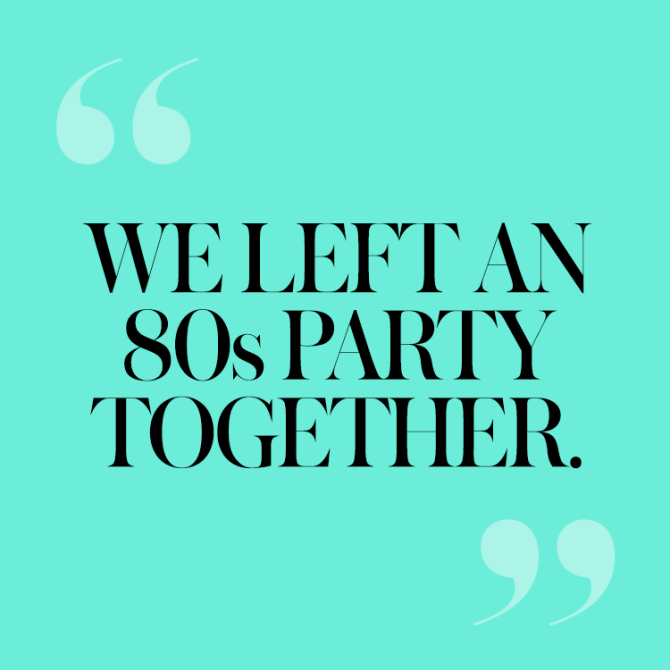 “After breaking up with my college boyfriend during my senior spring, I went a little wild acting on crushes I had throughout my four years at the school. The first guy was a lacrosse player—essentially the opposite of my ex. We had flirted in several classes, but not hung out much socially. One night, he and I kissed tipsily but then didn’t speak for a few weeks.

Eventually, we ended up at the same ’80s dance party, where I was wearing a purple leotard and tights. We ended up going home together, and I woke up the next morning feeling massively hungover and especially shameful since I had to go to my family’s Easter celebration that day and pretend to be a non-hungover, functioning human. It was a struggle.” –Kelly, 29, New York City 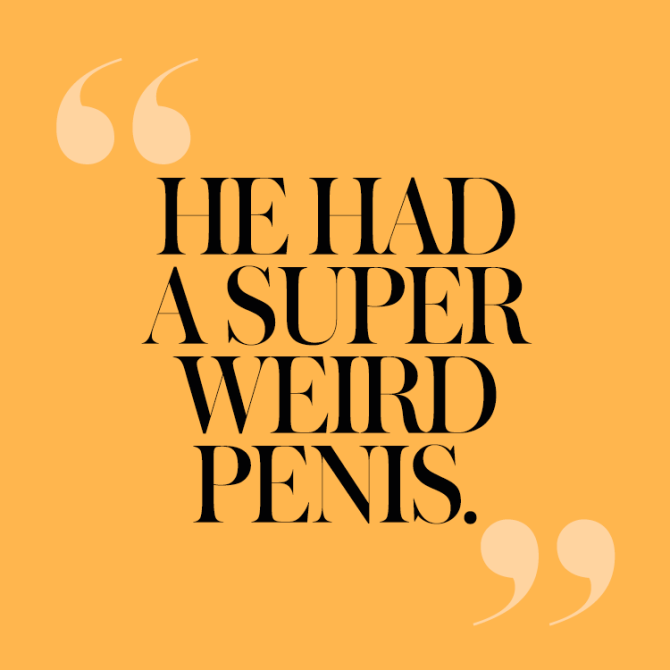 “In college, I hooked up with a guy who I knew someone in my peripheral friend group had a crush on. It turned out we didn’t even have any chemistry, he had a super weird penis, and most importantly—it really hurt my friend, even though we weren’t that close. It was one of those things that I regretted as soon as it started. So not worth it on so many levels.” –Jess, 25, New York City

“While visiting a guy friend in Philadelphia, I met one of his douchey friends and proceeded to tell another friend what an unbearable asshole I thought he was—until, apparently, I had a few drinks in me. That night, I drunkenly went back to his place and had sex with him. Owning up to that the next day was awkward.” –Liz, 26, Washington, D.C.

“It’s a story as old as time, but even shittier in real life than all the times you’ve heard about it. I hooked up with a guy and didn’t find out until the next day that he had a girlfriend. Thanks for that, dude. I felt so slimy.” –Natasha, 29, Los Angeles

MORE: 20 Unconventionally Hot Men Who Are Sexy As Hell