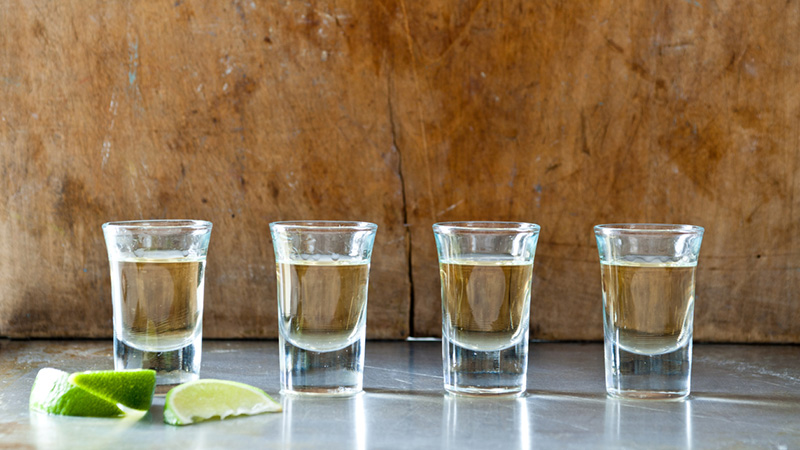 Tequila has gotten a pretty bad rap over the years—developing a reputation for being both a frat party go-to and the ultimate cause of hangovers the world over. On Cinco de Mayo, which might as well be called Global Tequila Day, we’re here to tell you that if you drink the right kind of tequila—and drink it the right way—those pesky hangovers you can’t quite seem to forget from your shots-of-Cuervo college days will seem like a distant memory.

Besides not being any more of a hangover causer than any other type of alcohol, professional barmen swear by drinking tequila because of its health benefits that include its ability to aid in digestion, fight cholesterol, ward off common colds. Yes, really.

Read on for five tips that’ll ensure you never get a tequila hangover again.

1. Drink quality tequila.
The first thing you want to look for on the bottle is that it’s made from 100% agave. In Mexico, only alcohol that’s made entirely from the blue Weber agave plants from the tequila region is actually considered tequila. In the U.S., things are a bit different. Alcohol can be called tequila if it contains as much as 49 percent of other liquids—usually sugar-based alcohols. Essentially, when you drink the low-grade stuff, you’re mixing alcohols, so it should be no wonder that the hangovers you’ve experienced have been so brutal.

2. Stay away from coloring and worms.
A surefire sign that you’re about to drink a low-quality tequila? If it’s colored, or if it contains a worm. Historically, people put worms in tequila to show that the contents were indeed alcohol, not water, but types containing a worm also inevitably include chemicals and additives. The same goes for colored tequila. “Gold” formulations are really just marketing—in other words, it’s actually just tequila enhanced with caramel coloring. Look for clear varieties only.

3. There’s a big difference between straight tequila and a tequila cocktail.
One of the reasons that in-the-know drinkers swear by drinking silver, 100% agave tequila is because of its low sugar content, which equals fewer hangovers. That goes out the window when you mix it into a cocktail—say a sugary margarita filled with triple sec and processed lime juice. That’s a one-way ticket to hangoverville.  Instead, sip it on the rocks with fresh limes and lots of ice.

4. Sip it, don’t chug it.
In the U.S., tequila is commonly consumed out of a shot glass, and chugged as quickly as possible, to avoid tasting it. If you’re drinking the good stuff, you won’t need to do that. Plus, sipping it slowly means you’ll inevitably drink less, which lowers your chance of waking up with a killer hangover.

5. Overdo it, and you’ll still suffer from a hangover.
Just like any type of alcohol, if you drink an entire bottle of tequila by yourself, there’s no way that you’re going to avoid that dreaded hangover—no ifs ands or butts. But that’s not the tequila’s fault, it’s yours.