If you’ve been watching season 17 of The Bachelorette, you may have asked yourself: How tall is Katie Thurston? If you found yourself wondering about Bachelorette Katie’s height, you’re not alone.

After the premiere of Katie’s Bachelorette season, many viewers took to Twitter to ask the internet if Katie was just short or if the men were simply super tall. “Okay is Katie short or are all of these guys TALL TALL? Either way, Sheeeeeeeesh,” tweeted user @alexzim. User @j3anmari33 tweeted, “Are all these men 7ft tall or is Katie really short.”

But before we talk about Katie’s height, let’s explain who she is for those who are new to Bachelor Nation. Katie, a 30-year-old bank marketing manager from Renton, Washington, was announced as the season 17 Bachelorette at the “After the Final Rose” special for season 25 of The Bachelor with Matt James in March. Katie was a contestant on Matt’s season and was eliminated in 10th place, which makes her one of the earliest Bachelor or Bachelorette eliminees to become the lead of her own season. (Michelle Young, a 27-year-old teacher from Edina, Minnesota, was also announced as the season 18 Bachelorette. Her season will premiere later this year.)

From the dates so far this season, it looks like Katie is quite athletic. But how tall is Katie Thurston compared to her Bachelorette contestants? Read on for what we know about Katie’s height. 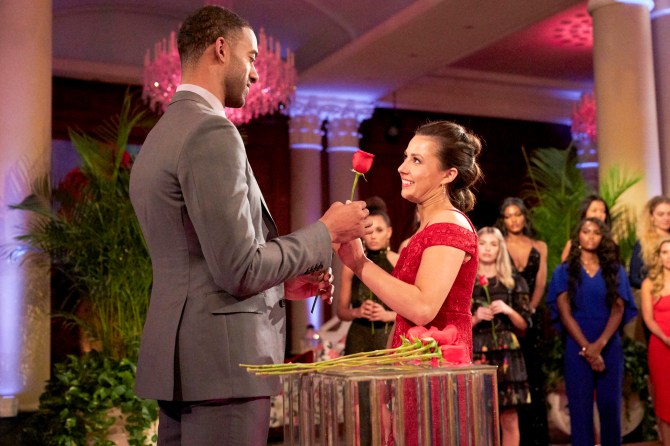 How tall is Katie Thurston from The Bachelorette?

So…how tall is Katie Thurston from The Bachelorette? Well, Katie’s exact height isn’t clear, but according to Heavy, Katie is between 5’4″ and 5’6″ tall. The average height of women in the United States, is 5’4″, according to the CDC, so Katie isn’t abnormally short nor tall. So why do her contestants look so tall?

Even Katie’s former Bachelorette, Matt James, who played college football for Wake Forest University, is 6′5″. Katie is also around the same height as her Bachelorette hosts: season 16 Bachelorette Tayshia Adams and season 11 Bachelorette Kaitlyn Bristowe. Kaitlyn is 5’4″, while Tayshia is 5’5″. So while Katie isn’t the shortest Bachelorette ever, it looks like she just has a lot of really tall contestants.