More than two decades after her death, there are still a lot of questions about how Princess Diana died and what her cause of death was. Princess Diana, the mother of Prince William and Prince Harry and the ex-wife of Prince Charles, died on August 31, 1997.

Since her death, the Princess of Wales has been mourned by millions of people around the world, with many blaming the paparazzi and the British media for their part in how she died. In an interview on CBS’ Oprah With Meghan and Harry: A CBS Primetime Special in March 2021, Harry opened up about how he feared that Diana’s death will “repeat” itself with him or his wife,  Meghan Markle, which is the reason he moved his family from London to America in 2019

“My biggest concern was history repeating itself,” Harry told Oprah referencing his Princess Diana’s death. “For me, I’m just really relieved and happy to be sitting here, talking to you with my wife by my side. Because I can’t begin to imagine what it must have been like for her [Diana] going through this process by herself all those years ago. Because it has been unbelievably tough for the two of us, but at least we have each other.”

As many royal followers remember, Princess Diana was under intense media and paparazzi attention at the time of her death, which occurred a year after she finalized her divorce from Prince Charles. In an interview with People in 2016, Harry talked about how he just wants to make his late mother “proud.” “All I want to do is make my mother incredibly proud,” he said at the time. “That’s all I’ve ever wanted to do.”

He continued, “When she died, there was a gaping hole, not just for us but also for a huge amount of people across the world. If I can try and fill a very small part of that, then job done. I will have to, in a good way, spend the rest of my life trying to fill that void as much as possible. And so will William.” Though Harry is motivated by his mother, he also confirmed that he makes his own choices in his life separate from what Diana would want from him. “I enjoy what I do. But I don’t do things because I feel as though my mother would want me to do them,” he said. “I know I’ve got a lot of my mother in me. I am doing a lot of things that she would probably do.”

So how did Princess Diana die? Read on for what we know about the Princess of Wales’ cause of death and the “rare” injury that caused her to lose her life.

How did Princess Diana die?

Princess Diana died in the early hours of August 31, 1997, after her car crashed in the Pont de l’Alma tunnel in Paris, France, following a chase from the paparazzi. She was 36 years old. Her rumored boyfriend, Egyptian businessman Emad “Dodi” Fayed, and the driver of the Mercedes-Benz W140, Henri Paul, were pronounced dead at the scene. Diana’s bodyguard, Trevor Rees-Jones, survived the crash with serious injuries. Diana, who was still alive at the scene of the crash but was in critical condition, was rushed to the Pitie-Salpetriere Hospital where she died. According to Oprah magazine, Diana suffered from a concussion, a broken arm, a cut thigh and massive chest injuries. After a two-hour operation to save her, the doctors failed to get Diana’s heart to beat properly and she never regained consciousness. She died from internal bleeding at 4:53 a.m. on August 31, 1997.

Diana and Fayed, who arrived in Paris after a 10-day getaway on the French Riviera, got into Paul’s car a few minutes after midnight on August 31, 1997, before their car crashed. It’s believed that Diana and Fayed planned to travel to Fayed’s private estate in Paris. According to Oprah magazine, the posted speed limit for the road for 30 miles per hour, however, Paul approached the entrance of the tunnel at around 70 miles per hour, which led him to lose control of the car and collide with a pillar in the middle of the highway. According to a report by the Telegraph at the time, a French investigation found that Paul, who was the deputy head of security at the Hôtel Ritz, had been intoxicated by alcohol and under the effects of prescription drugs, including anti-depressants and anti-psychotic drugs, at the time of the crash. The investigation found that he was solely responsible for the accident. Investigations also revealed that Rees-Jones survived because he was wearing a seatbelt, while no one else in the car was wearing one.

The Diana Chronicles by Tina Brown 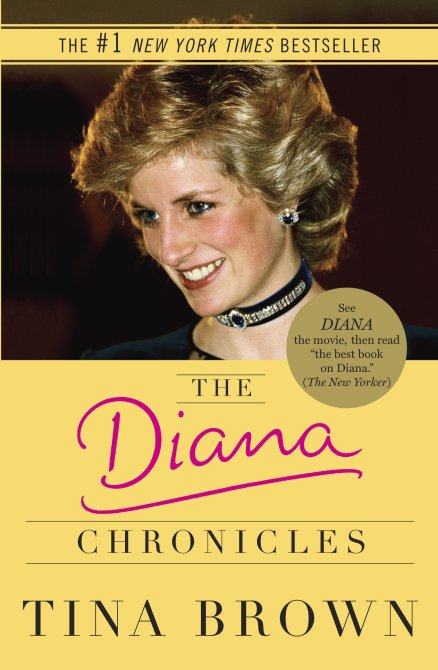 In Tina Brown’s book, The Diana Chronicles, Dr. Frederic Mailliez, an EMT who had been driving through the tunnel at the ime of the crash, told her that Diana woke up in pain from the crash. “She kept saying how much she hurt,” Mailliez told Brown.

In an interview with The Independent in 2018, Sergeant Xavier Gourmelon, who led the response team in Paris, revealed that Diana’s last words were: “My God, what’s happened?”

In The Diana Chronicles, Brown reported on Diana’s last moments awake after the crash: “She turned her head and saw the lifeless Dodi just in front of her, then turned her head again toward the front where the bodyguard was writhing and where Henri Paul lay dead. She became agitated, then lowered her head and closed her eyes.”

Princess Diana’s cause of death

In Dr. Richard Shepherd’s 2019 book, Unnatural Causes, the top British forensic pathologist revealed that Diana died of a small, badly placed tear in the vein of her lung. “Her specific injury is so rare that in my entire career I don’t believe I’ve seen another,” Shepherd wrote in his book. “Had she been restrained, she would probably have appeared in public two days later with a black eye, perhaps a bit breathless from the fractured ribs and with a broken arm in a sling,”

Princess Diana’s funeral was held on September 6, 1997. More than 2.5 billion people watched the procession as it aired on TV. The funeral saw Harry and William walk beside their mother’s coffin as they traveled from Buckingham Palace to Westminster Cathedral.

Harry talked about the moment in a 2017 interview with Newsweek. “My mother had just died, and I had to walk a long way behind her coffin, surrounded by thousands of people watching me while millions more did on television,” he said at the time. “I don’t think any child should be asked to do that, under any circumstances. I don’t think it would happen today.”

At the funeral, Diana’s brother, Lord Spencer, blamed the media for the crash and called his sister the “most hunted person of the modern age.” Elton John, a close friend of the royal family, performed his 1973 song, “Candle in the Wind,” with re-worked lyrics about Diana. Queen Elizabeth II also bowed her head as Diana’s coffin went past. After the funeral, Diana was buried at Althorp, her family’s estate in Northamptonshire, England.