Those who grew up watching Nickelodeon may have forgotten how old Miranda Cosgrove was in iCarly. iCarly premiered  on Nickelodeon in September 2007, which means that Cosgrove would’ve been 14 at the time that the show came out.

The series followed a teenage girl named Carly Shay (Cosgrove), who created her own web show named iCarly with her best friends, Sam Puckett (Jennette McCurdy) and Freddie Benson (Nathan Kress), in the apartment loft that she and her older brother, Spencer (Jerry Trainor), live in in Seattle, Washington. To the surprise of her and her friends, It doesn’t take long for iCarly to become an internet phenomenon, and with their viral fame, Carly, Sam and Freddie found themselves in increasingly wacky situations. The show was created by Dan Schneider, who also produced The Amanda Show, Drake & Josh, Zoey 101, Victorious and other Nickelodeon shows. iCarly ran for six seasons until its finale in November 2012. Cosgrove was 19 at the time the show ended.

In December 2020, news broke that an iCarly reboot was in the works for Paramount+ with Cosgrove, Kress and Trainor reprising their original roles. The show also added two new characters, Harper (played by Laci Mosley), Carly’s roommate and an aspiring fashion designer, and Millicent (played by Jaidyn Triplett), Freddie’s precocious stepdaughter. One original cast member noticeably missing from the revival is Jennette McCurdy, who played Sam.

In March, McCurdy confirmed in an episode of the podcast, “Empty Inside, that she would not be starring in the revival because she had quit acting. “My mom put me in it when I was 6, and by sort of age, I guess, 10 or 11 I was the main financial support for my family,” she said at time . “It was very much the pressure of my family didn’t have a lot of money, and this was the way out,” she said, “which I actually think was helpful in driving me to some degree of success.”

She continued, “I ultimately quit after my mom passed away, because with her death kind of died a lot of her ideas for my life, and that was its own journey and a difficult one for sure.” She went on to reveal that her acting career left her “so unfulfilled by the roles that I played and felt like it was the most just cheesy, embarrassing” thing.

That said, there are still three original cast members who are in the iCarly reboot: Miranda Cosgrove (Carly), Nathan Kress (Freddie) and Jerry Trainor (Spencer.) Find out what Cosgrove, Kress and Trainor been up to since the end of iCarly and what they look like then and now. 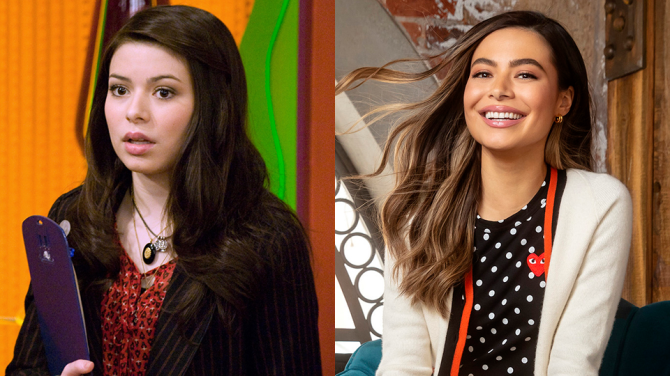 Cosgrove starred as the lead role in iCarly, Carly Shay, the teen host of a web show also named iCarly. She was 14 when the show premiered and 19 when it ended. She was 28 at the time the iCarly reboot premiered.  After iCarly ended, Cosgrove, who had also starred in Nickelodeon shows like Drake & Josh and Zoey 101, went on to star in the NBC sitcom, Crowded, which ran for one season in 2016. One of her most notable roles outside of iCarly was as the voice of Margo in the Despicable Me franchise. She debuted as Margot in the first Despicable Me in 2010 and went on to star in six more films. Cosgrove also starred in music videos for songs like Pharrell Williams’ “Happy” in 2013 and Marshmello’s “Happier” in 2018.

In 2011, Cosgrove, who is an only child and was home schooled most of her life, was accepted into New York University and the University of Southern California. She ultimately chose USC, so she could be closer to her family and continue acting. She started attending the school in the fall of 2012 with a major in film. She later changed her major to psychology. 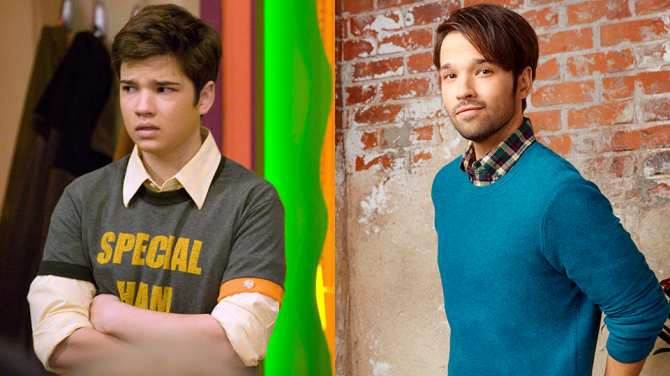 Kress starred as one of Carly’s best friends and neighbor, Freddie Benson, who also was the technical producer of the fictional iCarly. He was 15 at the time the show came out and 20 when it ended. He was 28 when the revival premiered. After iCarly ended, Kress acted in shows like Hawaii Five-0 and Star Wars Rebels, as well as reprised his role as Freddie in the iCarly spinoff, Sam & Cat. He also starred in movies like Into the Storm and Tell Me How I Die. In May 2015, Kress got engaged to his Into the Storm co-star, London Elise Moore. The two married in November 2015 in Los Angeles and welcomed their first child, a baby daughter, in December 2017. The couple welcomed their second child, another daughter, in March 2021. 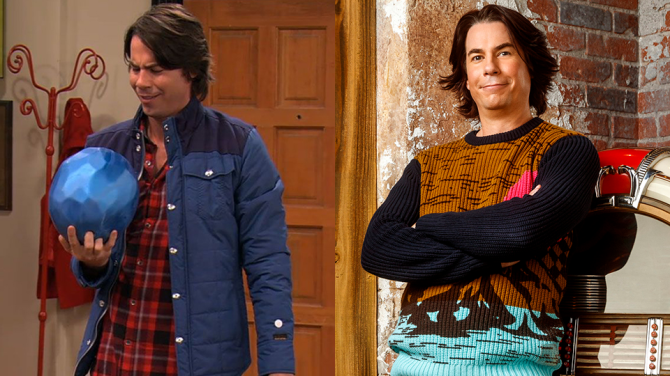 Trainor played Spencer, Carly’s older brother and an artist, who she lived with in their Seattle loft. Trainor was 30 years old at the time iCarly came out and was 35 when the show ended. He was 44 when Paramount+’s iCarly reboot premiered. After iCarly, Trainor starred in his own Nickelodeon show, Wendell & Vinnie, which ran for one season in 2013. He also reprised his role as Spencer in Sam & Cat, as well as acted in shows like Two Broke Girls, No Good Nick, Apocalypse Goals and Law & Order: True Crime. In 2015, Trainor formed a band called Nice Enough People, for which he played bass. The guitarist of the band, Allison Scagliotti, co-starred with him in Drake & Josh. The group released their first EP, Hanover Hideaway, in 2016.

The iCarly reboot is available to stream on Paramount+.