The president of the United States is the highest political office title one can have in America. But how much does the president make? You may be surprised by the number.

Former Vice President Joe Biden was elected as the 46th president of the United States on November 7, 2020, after a win in swing states, such as Nevada and Pennsylvania. His running mate, former Senator Kamala Harris of California, was also elected as the 49th Vice President of the United States and became the first woman to hold the title. The Democratic team beat former President Donald Trump and Vice President Mike Pence to win the 2020 election. Biden and Harris will take the oath of office as the next POTUS and VPOTUS on Inauguration Day on Jaunuary 20, 2021.

How much does the president make? 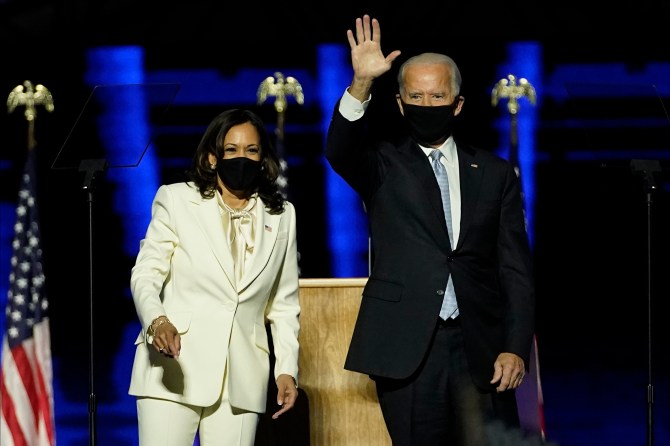 What are other presidential perks?

Along with their salary, the president also receives numerous perks as POTUS. The first is free transportation in the presidential limousine, Marine One and Air Force One. Presidents also, of course, receive free housing in the White House. At the end of their terms, presidents remain on the government payroll, which includes an annual pension of about $200,000, healthcare, paid official travel and an office, according to Business Insider.

Per Business Insider, presidents also receive $100,000 to redecorate the White House once they’re elected. (Several presidents, such as Barack Obama, chose to not to use the money and used their own funds to redecorate instead.) On the food side, the president also has access to the White House’s fresh fruits and vegetable garden, as well as has meals created by an executive chef and an executive pastry chef. There are also more than 100 permanent residents in the White House, including maids, cooks, a plumber, a florist and a head housekeeper, according to Business Insider. Inside the White House, there’s also a movie theatre and a bowling alley.

So, while the president isn’t making millions of dollars each year, like, say, the Kardashians, it seems they have everything they need in the White House, plus a few hundred thousands of dollars of spending money. According to Forbes, Biden’s net worth is $9 million, which includes the money he’s made as a senator, vice president and now president. The sum also includes the six-figure book deals he’s been paid in the past. Not bad.