At the end of each week, either the men or the women give out roses. Contestants who don’t receive a rose are sent home. The next week, more Bachelor and Bachelorette alums are invited to the season, and the gender who didn’t give out roses the previous week now have a chance to hand out roses to the contestants they’ve formed the strongest relationship with. 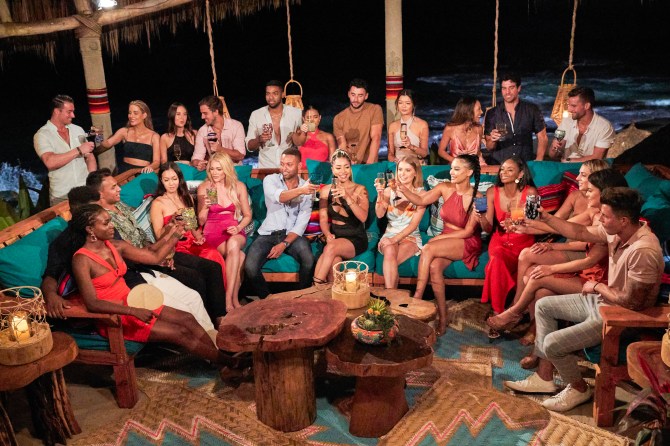 How much do Bachelor in Paradise contestants get paid?

So…how much do Bachelor in Paradise contestants get paid? Well, according to a 2017 report by Reality Steve, there are ways a Bachelor in Paradise contestant can get paid: per day, per episode and a flat rate. According to Reality Steve, most contestants are paid for each day they film or for each episode they’re in, while more more popular Bachelor and Bachelorette alumni can negotiate a flat rate salary for the whole time they’re on the show.

“They hit me up and they were like, ‘Hey, do you want to do Bachelor in Paradise, this other show that pays $400 a day, and you could be there for up to 30 days,’ something like that,” Dean recalled. “So I was like, ‘Oh, yeah, great. Four hundred bucks a day, 30 days, $12,000, that’s fantastic.” After discussing the offer with his friends, Dean asked ABC for $800 per day before he settled with a salary of $600 per day. Given that Bachelor in Paradise films for around three weeks, the rate would’ve paid Dean around $12,600 if he stayed for the whole time.

“They’re like, ‘Well, you should get more money because you’re kind of like the guy coming off the show… you’re who they want most from your season to go to Paradise, minus like [runner-up] Peter [Kraus], obviously,’” Dean said. “At that point, I was like, out of principle, I just wanted them to pay—it could have been one dollar more—out of principle, I wanted them to pay me more than they were offering everybody else just cause I thought I was hot shit for some reason.”

Jason Tartick, a contestant from The Bachelorette season 14 with Becca Kufrin, also revealed in the same podcast that he was asked to be on Bachelor in Paradise. Though he never starred on the show, he disclosed that he negotiated a $600-per-day salary with a guaranteed $5,000 check if he didn’t make it past the first week.

How much do Bachelor and Bachelorette contestants get paid?

Not only that, but contestants have to pay for their styling themselves (those rose ceremony suits and dresses aren’t cheap!), which is why many contestants walk away from their time on The Bachelor and The Bachelorette with serious debt. “I know that there are women in the past who cashed out their 401(k)s for the show,” Tv blogger Dana Weiss told Mic in 2016. “Some have gone into serious credit card debt.” This isn’t to mention Bachelor or Bachelorette contestants quit their job to appear on the reality TV series.

While Bachelor and Bachelorette contestants make nothing, the leads of The Bachelor and The Bachelorette are paid. According to Reality Steve, the current standard rate for Bachelors and Bachelorettes is $100,000. Though we can’t know for sure, this means that many of our recent favorite leads (Ben Higgins, Kaitlyn Bristowe, Rachel Lindsay) likely made around $100K for their seasons, which isn’t bad for two months worth of work.

Tartick confirmed on the “Trading Secrets” podcast in May 2021 that he and his season 12 Bachelorette cast mates, Colton Underwod and Blake Horstmann, were all offered $100,000 to be The Bachelor. Still, though most Bachelors and Bachelorettes make at least $100,000 these days, that wasn’t always the case. And, like most jobs, there are some Bachelors and Bachelorettes who have been able to negotiate more money than their peers. Some also made less than the standard. Unglert revealed in the same interview that he was offered $75,000 to be the the Bachelor.

Emily Maynard, who was the season 8 Bachelorette in 2012, is often cited as one of the highest-paid Bachelors or Bachelorettes. In Touch reported at the time that Emily, thanks to intense negotiations, was paid to star as the lead of The Bachelorette, which was more than any other Bachelor or Bachelorette at the time. “The producers have completely changed the format this season in order to meet Emily’s demands,” a source told In Touch at the time.

Ashley Hebert, who was the season 7 Bachelorette in 2011, has had a lot of controversy around her Bachelorette salary. Us Weekly reported at that the time that Ashley made $30,000 for her time as the Bachelorette, which would’ve been $70,000 less than her peers at that time. Reality Steve, however, countered Us Weekly’s reporting and wrote in a blog post at the time that Ashley made around the standard $100,000. “I’m sorry, but Ashley would have to be the worst negotiator in the history of negotiations if she ever accepted that gig for $30k,” he wrote at the time.

As one of the first Bachelorettes, Meredith Philips’ salary wasn’t much. She starred as the season 2 Bachelorette in 2004. In Bachelor reporter Amy Kaufman’s 2018 book, Bachelor Nation, Kaufman reports that Meredith was paid $10,000 for her time as the Bachelorette more than a decade ago. The salary is about a tenth of what leads make today. In the book, Kaufman writes that it would be “incredibly rare for someone to make less than six figures” today.