Ever since they became POTUS and FLOTUS, many have wondered how long Joe and Jill Biden have been married—and how their big move to the White House might impact their relationship. As it turns out, the Bidens have some thoughts on the matter.

In their first interview since moving into the White House, the president and Dr. Biden opened up about their 43-year marriage and how they still manage to avoid crumbling “under stress” all these decades later. President Biden, who was sworn in as the 46th President of the United States on Inauguration Day on January 20, revealed that the secret to their long-lasting union has been their unwavering support for one another.

“She has a backbone like a ramrod,” President Biden told People, referring to his wife and First Lady. “Everybody says marriage is 50/50. Well, sometimes you have to be 70/30. Thank God that when I’m really down, she steps in, and when she’s really down, I’m able to step in. We’ve been really supportive of one another.”

He continued, “I’ve read all that data as well about families under pressure, and that’s why I’m glad she kept her profession. It’s really important that she’s an educator, although she took off two years when we first got married because the boys were little. It’s important that she has the things that she cares a great deal about, her independence. And yet we share each other’s dreams.”

Meanwhile, Dr. Biden attributes their strong union to their ability to grow and be “stronger” together in the wake of personal tragedies. That includes the death of President Biden’s late son, Beau, who he memorialized in his 2017 biography, Promise Me, Dad: A Year of Hope, Hardship, and Purpose. “All that we’ve been through together—the highs, the lows and certainly tragedy and loss—there’s that quote that says sometimes you become stronger in the fractured places,” she told People. “That’s what we try to achieve.”

According to President Biden, he’s not even sure he would be President today if his wife hadn’t entered his life. “I don’t think I would have stayed involved in public life,” he said. “Jill came along at a really important point and put my family back together. She’s the glue that held it together, and I knew that I wanted to marry her shortly after I met her.” 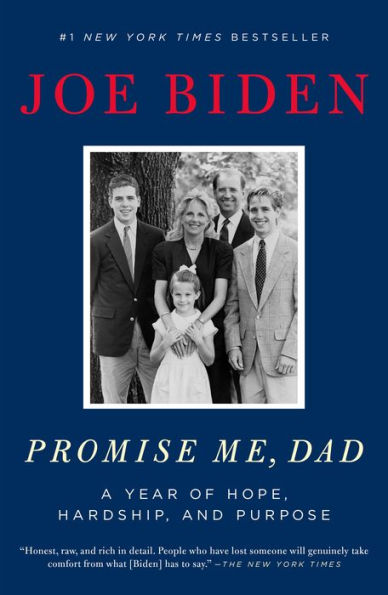 While he admitted that they do “fight and argue sometimes,” he feels “lucky” that they’ve been able to maintain their lasting partnership. As for Dr. Biden, she joked, “Well, after 43 years of marriage there’s really not that much more to fight about.” There’s the secret, after all!