It was my third appearance at the Urgent Care Center in the last two weeks. By now, I’d become best friends with the nurse practitioner, and we laughed as we caught up, discussing my latest manicure and his Lady Gaga obsession. He took my blood pressure and listened as I rattled off four prescriptions that hadn’t quite worked. “How long does a typical UTI last?” I asked timidly, not yet aware that my condition was anything but typical. Fast-forward a few months later and I was on my tenth visit in twelve weeks, after experiencing chronic symptoms for almost six months.

If you’ve never had the pleasure of experiencing a UTI first-hand, allow me to describe it as the ultimate day-ruiner. When I had my first symptoms, back in college, all it took was a quick run to Duane Reade and a dose of the standard over-the-counter medication to get me back on track. UTI symptoms typically fade after a couple of days on antibiotics; however, 24-year-old me was not so blessed. It always began the same way—a constant urge to “go.” Like, REALLY go. Soon enough, the over-the-counter fix and my doc’s antibiotics weren’t enough to quell this unpleasant sensation.

When this happened, I turned to Urgent Care, feeling oddly reassured when they told me my urine sample tested positive for bacteria, aka a UTI. I had already known, but the confirmation made me feel like the doctors were in control. I walked out the door with a new prescription and a feeling of relief, but two days later, my pain reappeared and intensified. I tried a few more antibiotics, and none did the trick. Some made no difference, others left me with horrendous side effects, from loss of appetite to severe nausea and dizziness. I started to feel like the Goldilocks of UTI antibiotics; it was always too much, not enough, never just right. 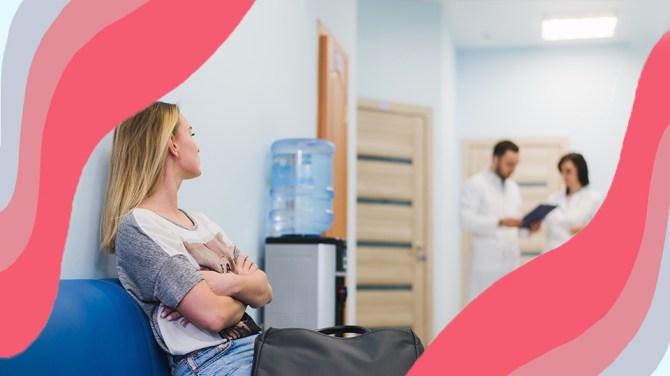 Out of all the unpleasant moments, the ones that have stayed with me didn’t even involve my physical discomfort—although I was uncomfortable in about a million other ways. The way some doctors treated me was a wake-up call, teaching me just how difficult it can be have invisible symptoms taken seriously. I hadn’t thought twice about seeing a male doctor to discuss my symptoms, but a particularly insufferable one accused me of over-dramatizing what was most likely a sexually transmitted disease, despite knowing I had tested negative for all STIs. I was stunned.

Unfortunately, my bad luck with doctors didn’t end there. As I filled out my paperwork and took a seat in the waiting room of a very popular New York hospital’s urology department, I noticed I was the youngest patient there by at least 40 years. I was also the only woman. After talking with the urologist, he concluded that my chronic symptoms were the result of me drinking two liters of water every day, despite this being a perfectly normal, healthy amount. When I pointed this out, his next suggested culprit was even more off-base.

“Are you properly cleaning your private parts?” he asked me. To hear the question come from a grown man, a urologist no less, was bizarre. My private parts? Was he serious? I hadn’t sought out an expert to get tips on my daily water intake, nor to be reminded to wipe from front to back. Furious and frustrated, I left with a prescription I’d already told this urologist had not worked for me; for some reason, he seemed confident that it would this time around. I started to wonder if my symptoms were simply my new normal.

I started to feel like the Goldilocks of UTI antibiotics; it was always too much, not enough, never just right.

It didn’t take long after my visit to Dr. Private Parts for me to Google “female UTI doctors in NYC.” I was determined to find help from someone who could understand first-hand what was going on, and who wouldn’t belittle my symptoms or my intelligence. When I found a female-owned-and-operated Urology office—covered by my insurance, can you believe it?!—it felt like I was finally getting somewhere.

Upon arriving at my first appointment I was immediately put at ease. My female doctor had me walk through my experience, my past medications and current symptoms, and even let me vent about my previous doctors questioning the intensity of my issues. As she comforted and informed me, I breathed a sigh of relief. For the first time in months, it seemed like someone really wanted to help me. I left that day with a six-week antibiotic treatment plan. From there, I was to see if I had any “breakthrough” symptoms, and could then self-medicate with a stronger antibiotic the doctor provided me.

For the next 6 weeks I lived pain-free and symptom-free. The medicine that did the trick is typically used for upper respiratory infections or skin infections, but works to stop the growth of bacteria in UTIs. Unconventional, I admit, but I was still shocked that none of the other specialists had considered it, or even told me it existed. After being weaned off the antibiotic and showing no more symptoms, I saw my doc one final time and asked if I needed to schedule a follow-up appointment. “No. I hope I never see you in this office again,” she told me with a smile on her face.

Kristina Buller is a pen name chosen by the author to protect their identity due to the sensitive and personal nature of this story. 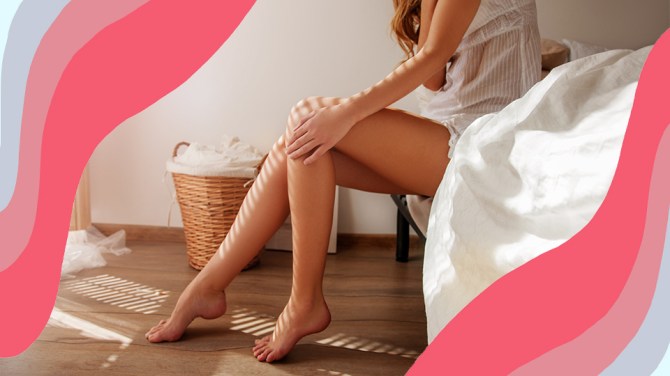 I haven’t been to the doctor or felt symptoms in eight months, and I’m beyond thankful that I didn’t give up on getting the relief I knew I deserved. To others struggling with chronic UTI symptoms, I cannot begin to express my sympathy. Invisible pain is hard to convey—I remember how uncomfortable it felt to call out of work when my UTI symptoms were too much. Explaining that I needed the day at home to sit on my toilet for hours simply because it was too painful to get up felt mortifying, but I did my best to convey the severity of my condition to my bosses.

Of course, the physical symptoms coupled with feelings of shame took a toll on my mental health, but looking back, I’m proud of myself for voicing my struggles. I was honest with my friends when I had to bail on plans last-minute. I was open with my partner about my capabilities when it came to regular intimacy, as sex was impossible when I was in pain, and when I did feel fine, fears of the infection getting worse or coming back made enjoying it almost impossible.

Most importantly, I did my research and found a doctor I love and trust, one who took me seriously and worked with me to find the right solution. No doctor should make you feel ashamed, and you should never be afraid to seek out multiple opinions. Like my doc said, I hope I never see her again, but if the time comes, I know I’ll be in great hands.