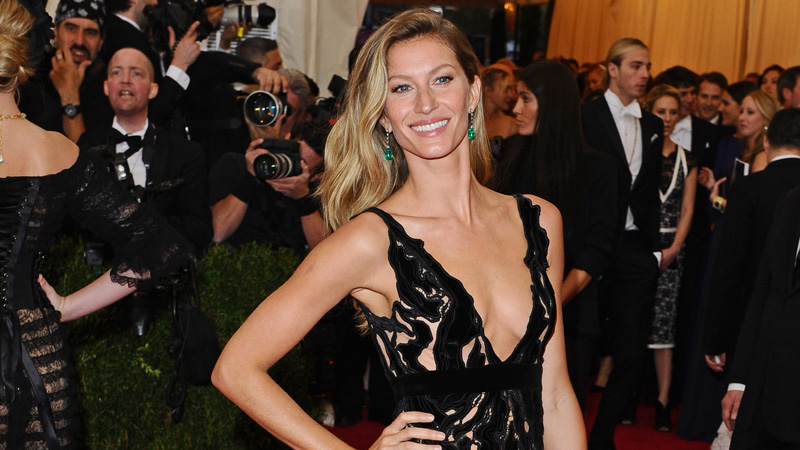 Forbes released its list of the highest earning models of 2014 yesterday, and while plenty of the beauties who appeared are raking in serious cash—Doutzen Kroes made $8 million last year, Kate Moss made $7 million, and Alessandra Ambrosio made $5 million—no one even came close to rivaling Gisele Bündchen‘s staggering earnings, an estimated $47 million.

While supermodel Linda Evangelista famously remarked she wouldn’t get out of bed for less than $10,000, Bündchen made a whopping $128,000 per day over the course of the last year, and made almost six times as much money as Kroes, who came in second on the list. It also, according to Forbes, brings her earnings since 2001 to a jaw-dropping $386 million.

So, how exactly is the Brazilian supermodel raking in all this money? For starters, there are the lucrative fashion ad campaign contracts with H&M, Chanel, and Carolina Herrera. She also fronts consumer products like Pantene and Oral-B in Brazil. What really sets her apart from her cohorts though, are her entrepreneurial ventures. She gets a cut of sales from the jelly sandals she designs for Brazilian shoemaker Grendene and she has a line of lingerie, Gisele Bündchen Intimates.

This is the eighth consecutive year Bündchen has topped Forbes’ list, and it seems her appeal is only getting stronger—she earned $5 million more over the last year than she did in 2013. She also made about $16 million more than her husband Tom Brady, the quarterback of the New England Patriots, whose annual paycheck totaled $31.3 million this year. Way to lean in Gisele!