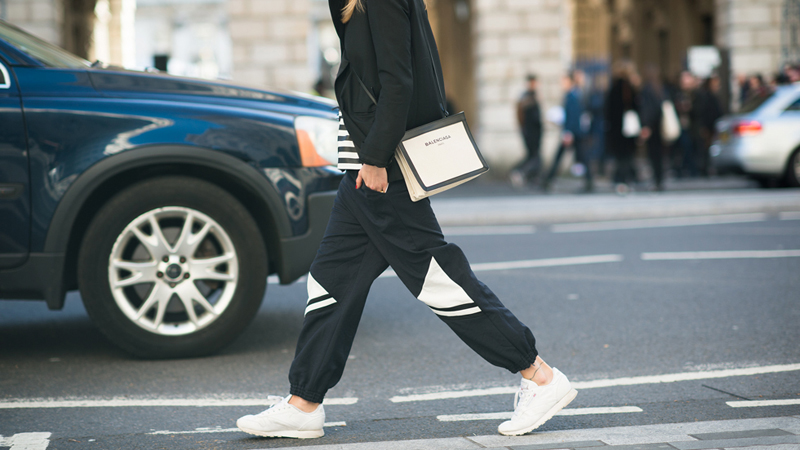 The term “normcore”—coined earlier this year by New York-based collective K-Hole as part of the forecasting report “Youth Mode: A Report Freedom”—has sparked mixed emotions since it burst into the fashion lexicon. Essentially a word to describe the non-descript style made popular by suburban dads, ’90s-era Jerry Seinfeld, and stereotypical tourists, The New York Times questioned whether it was a “fashion movement or massive in-joke” while over at Elle, a writer called the trend a “fraud.”

One look at the way fashion insiders are dressing lately, though, and it’s clear their choices have been veering towards overtly “normal” rather than trendsetting. In fact, during the most recent round of fashion shows, it was hard not to notice the overwhelming amount of street style that favored baggy jeans, sneakers, and plain T-shirts, with very few designer dresses and stilettos to be seen.

It isn’t just the fashion elite that have jumped aboard normcore either—a Google search of of the term now yields about 1.06 million results, so it was only a matter of time before the phenomenon landed in the hands of marketers who are doing their best to actually sell women on it.

In February—right after New York published its viral story on the fashion term—Gap sent out the tweet “We’ve been carrying normcore staples since 1969,” then launched its Fall 2014 ad campaign around the slogan “Dress Normal” featuring the likes of Angelica Houston and Zosia Mamet.

“I think the art of dressing normal … is celebrating the uniform or those pieces that you gravitate to again and again, the pieces that you build your wardrobe around, the pieces that work really hard for you,” Gap’s Creative Director Rebekka Bay, told us. “We’re retreating back to something that’s much simpler, or much more basic. We saw a similar pattern in the ‘90s but, now our customer is so savvy, and really understands how to shop up and shop down.” 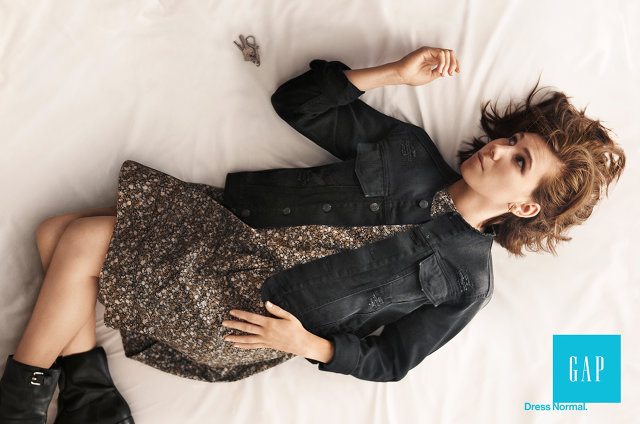 Just like any style-setter of the moment, Bay has embraced the idea of a “basics” uniform herself. “I’m very much someone who wears the same uniform day in and day out—mine is that of black denim and a white shirt.”

Levi’s similarly realized that normcore spoke to the essence of the brand, and its fall ad campaign featured classics like denim jackets, white T-shirts, and high-tops with poignant taglines like “501: Started By Us. Finished By You” and “Look Good On Your Way To What’s Next.”

Levi’s Chief Marketing Officer Jennifer Sey says the new campaign is sending a message that “Levi’s is for everybody who’s not just anybody.”

However, the struggle for retailers this fall has been how to get to get shoppers to spend money on a trend which—at its core—is about not needing very much. “While intended to be provocative and ironic, we believe the fall floor set may be, in a word, too ‘normal,’” Janney Capital Markets analyst Adrienne Yih-Tennant wrote in a September report about sales at the Gap, which reported a dip in same-store sales this fall, though there’s hope a Sofia Coppola-directed holiday campaign will invigorate shoppers.
Results at Nike—buoyed by the ubiquitous fashion-approved sneaker trend (yes, it’s not only acceptable to wear a dress and sneakers, but preferred)—have been far rosier, with the company reporting its fiscal first-quarter earnings were up 23 percent thanks to increase in spending on sneakers and athletic apparel. 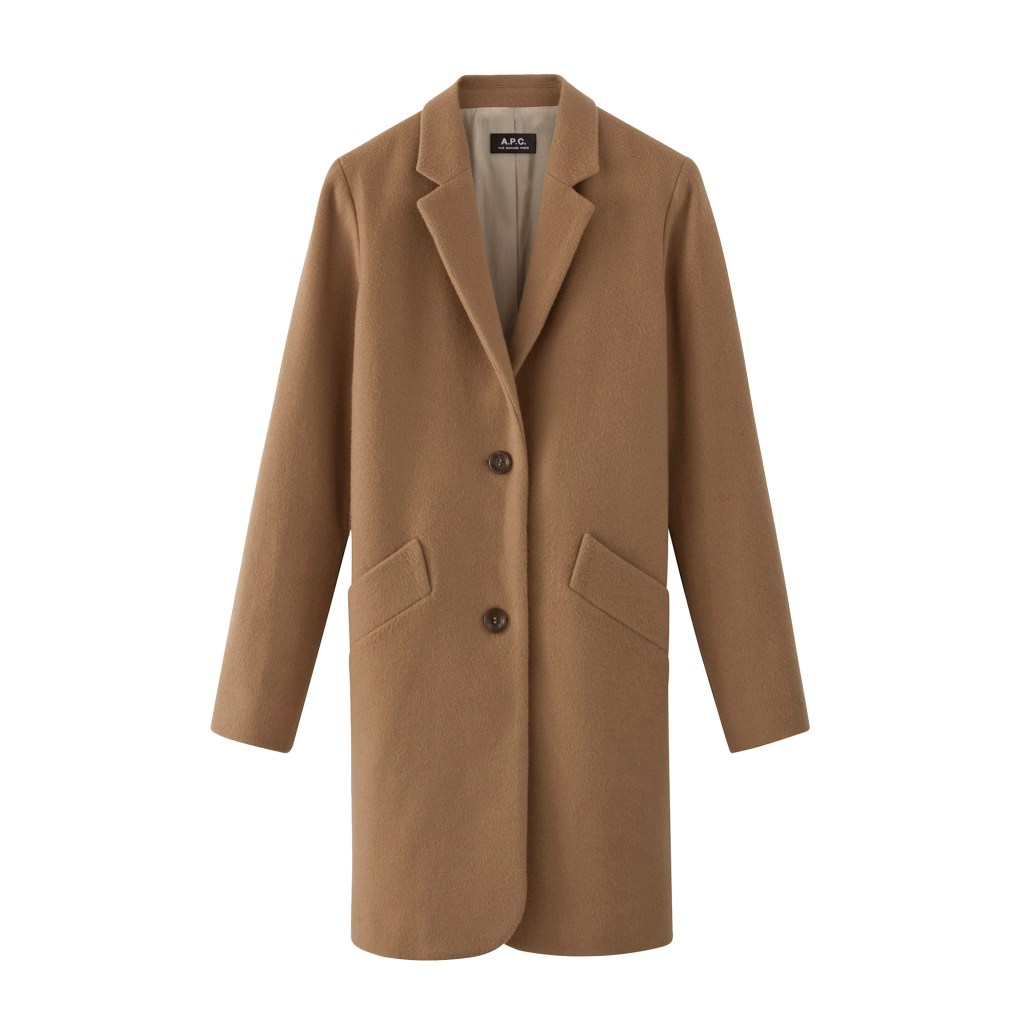 In many cases, it hasn’t been normcore messaging that’s appealed to shoppers, but rather clothing that feels like a luxurious take on a basic.

A.P.C., known for its pricey Parisian-inspired classics, could very well be labeled normcore, but not under its CEO Jean Touitou’s watch. “There’s a difference between what is now called ‘normcore’ and simplicity,” Touitou told GQ. “Simplicity is quite sublime. But you can use ornamentation on beautiful things. Beauty and simplicity can also have ornamentation. But in order for something to be truly sublime, it has to be simple.”

So yes, don’t call A.P.C. normcore, but the label’s basic camel-colored 50S Coat, priced at $585, and its simple black “Line” skirt, priced at $250, have been among the brand’s bestsellers for fall, according to the company. 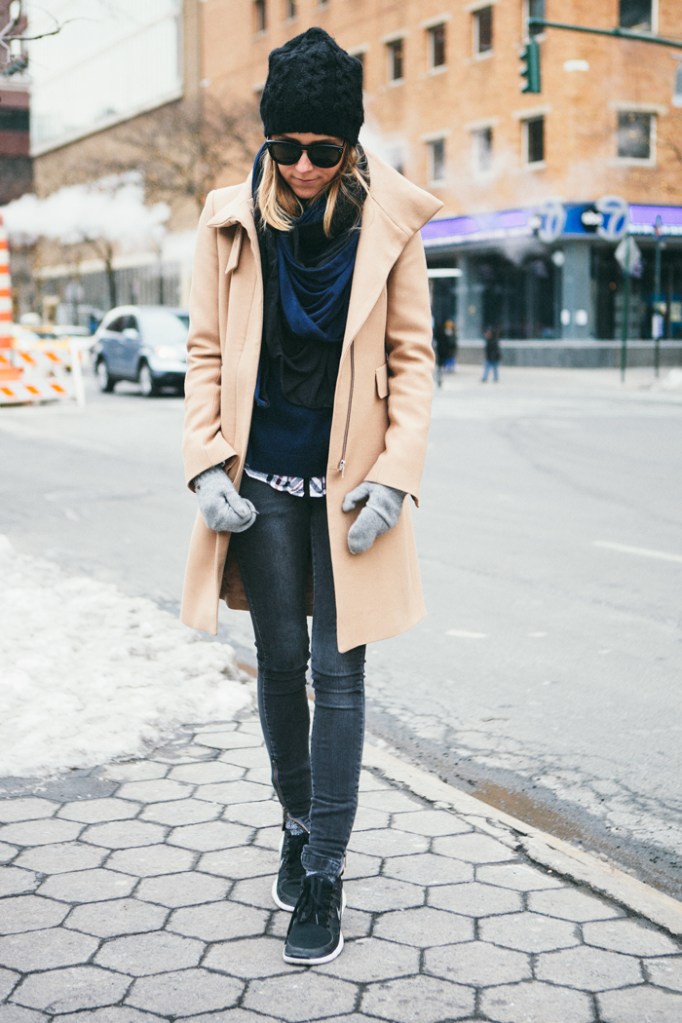 Then, take three-year-old fashion start-up Everlane, the brainchild of Michael Preysman, that sells simple T-shirts, pared-down cashmere sweaters, and clean leather totes, many made at factories that also produce luxury goods. The e-tailer has become a hit, particularly with fashion bloggers like Jacey Duprie of Damsel in Dior (pictured above in the brand). Sales at Everlane have grown 200 percent in 2014 over 2013 according to Inc. magazine, and the company just opened a design office in New York City and raised $5 million in venture and angel funding.

Preysman described to Interview magazine his strategy for selling the “less is more” ideology, saying: “I’d hope people just buy a few button-downs, a few silk blouses, a few of this; buy the essential pieces you need. [Photojournalist] Peter Menzel went around the country and photographed how different people live in the ’90s, and it’s crazy to see how much Americans own. I wish he did that 10 years later, because it’s got to be so much more.” 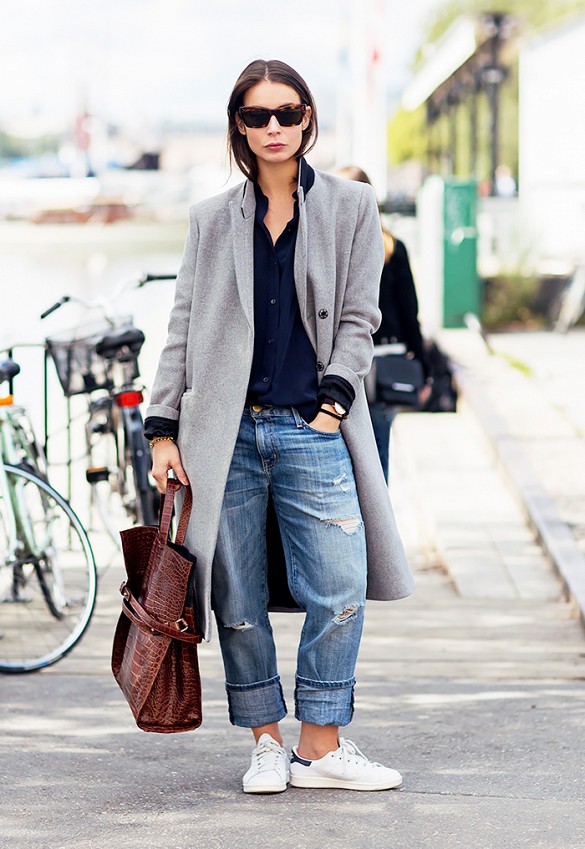 In the age of fast fashion, where buying a dress in some cases is less expensive than buying a meal at a restaurant, brands that are getting normcore right seem plugged into the idea that women are tired of dressing in disposable, trend-driven clothing. Still, get comfortable in sneakers, jeans, and that perfect button-down while you can, because it’s only a matter of time before the fashion pendulum swings back to peacocking, and fashion marketers go back to the drawing board. 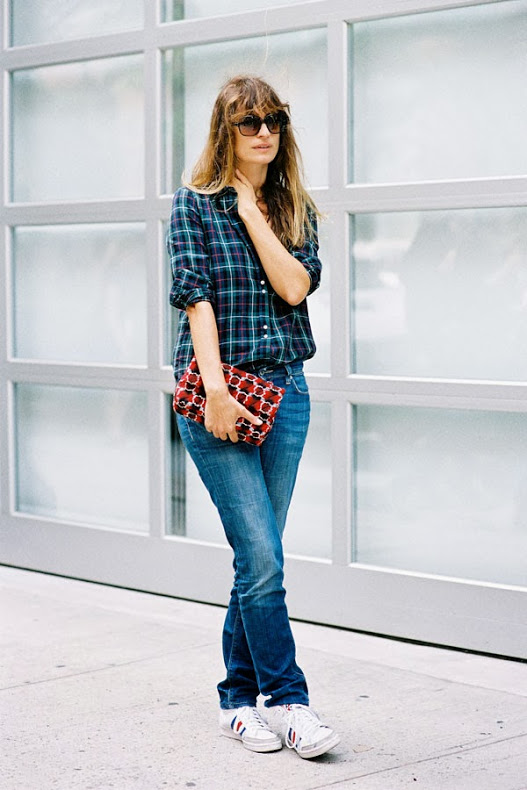 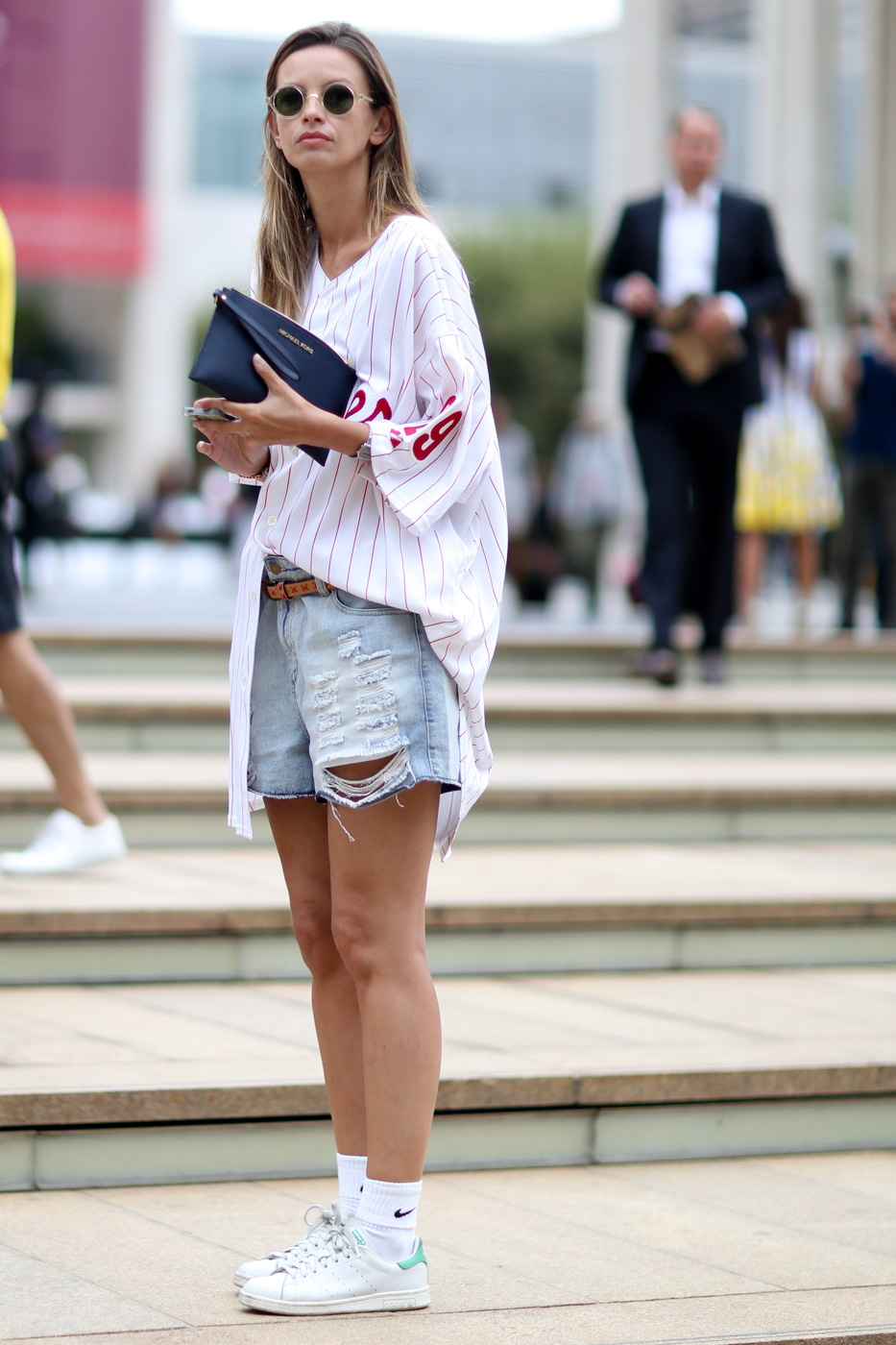