If you were a fan of I Love Lucy, you may have questions about how Lucille Ball died and what caused her death. She died just a day after she was sent home from the hospital following a successful surgery.

Ball—whose full name is Lucille Désirée Ball—was born on August 6, 1911, in Jamestown, New York. She started acting at the age of 12 years old when her stepfather encouraged her to audition for his Shriner’s chorus line. In 1926, Ball enrolled at the John Murray Anderson School for the Dramatic Arts in New York City (where Bette Davis was also a student). Ball said in a later interview that “all I learned in drama school was how to be frightened.” In 1940, Ball met her future husband, Desi Arnaz, while filming the stage show, Too Many Girls. The couple married that same year.

Ball and Arnaz’s marriage, which ended in 1960, was portrayed in the 2021 movie Being the Ricardos, in which Nicole Kidman and Javier Bardem starred as the couple. The film was written and directed by Aaron Sorkin. In an interview with Extra in December 2021, Kidman opened up about why she wanted to play Ball. “That is something that Javier and I want to honor,” she said. “But at the same time, you want it to be a true depiction of who they are so that people watching it go, ‘Oh, OK…’ Aaron’s really gone in there, he’s done them proud, but at the same time he has been very true to their spirits… They’re compelling, fascinating… people and at the same time—they are human.”

Ball died on April 27, 1989, three years after Arnaz passed of complications related to lung cancer. So how did Lucille Ball die and what was her cause of death? Read on for what we know about the “mystery” around how she passed. 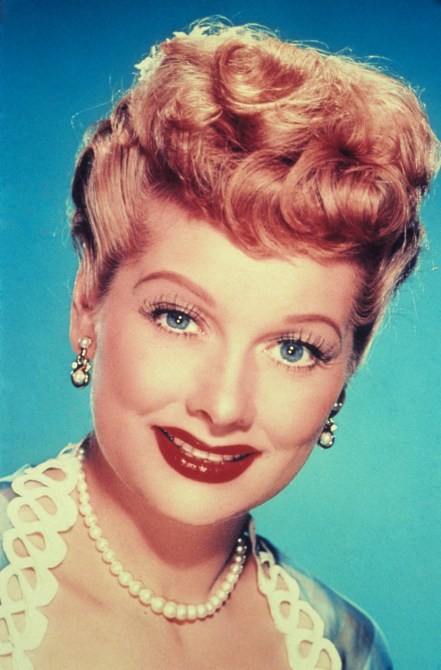 How did Lucille Ball die?

How did Lucille Ball die? Ball died on April 27, 1989 of a ruptured abdominal aorta. She was 77 years old. According to Mental Floss, Ball experienced “shooting pains in her chest” while at home in Beverly Hills, California, on April 17, 1989. At the insistence of her husband, Gary Morton, and her daughter, Lucie Arnaz, Ball was taken to Cedars-Sinai Hospital in Los Angeles, where she was diagnosed with a dissecting aortic aneurysm. (According to the Mental Floss, Ball only agreed to go to the hospital if she could dress up and put on her makeup.) After her diagnosis, Ball underwent a six-and-a-half-hour surgery to repair her aorta and replace her aortic valve. The Los Angeles Times reported at the time that Ball had successfully recovered from the surgery to the point where she was eating and walking around her hospital room, so she was sent home. According to People, Ball had woken up after the surgery conscious and alert, which is why she was released. The magazine reported that Ball and asked Morton when she awoke, “How’s the dog doing?” He told her Tinker was doing fine. Then she asked, “Was it a big surgery?” He said, “It was a big surgery, but it was a good surgery.”

On the dawn of April 26, 1989, the day after Ball arrived home from the hospital, she awoke with severe back pain and lost consciousness. According to the Mental Floss, Ball’s surgically repaired aorta had ruptured again and she went into full cardiac arrest. She was rushed back to the hospital, but the doctors couldn’t save her. Ronald Wise, a spokesperson for Cedar-Sinai Hospital at the time, told The Los Angeles Times in 1989 that Ball suffered a complete heart failure at 5 a.m., and after 47 minutes of resuscitation efforts from the hospital, she was declared death. According to Wise, Ball died from a ruptured abdominal aortic aneurysm and the rupture occurred in a portion of the aorta, the main artery to the heart, far from where her previous operation was performed.

Following her wishes, Ball’s body was cremated and her ashes were interred in the Forest Lawn in the Hollywood Hills Cemetery in Los Angeles. In 2002, her children moved her ashes to the Hunt family plot at the Lake View Cemetery in Jamestown, New York, where her parents and grandparents were buried and where her brothers ashes were also interred. Ball’s death came three years after her ex-husband, Desi Arnaz, died of complications related to lung cancer on December 2, 1986.

“She really disintegrated so quickly,” Ball’s friend, Lee Tannen, told The Mental Floss. “Her tombstone should have read ‘From Desi’s death on Dec. 2, 1986, to her own death on April 26, 1989’ because that was the life of her death. On her death certificate it says ‘ruptured aorta,’ but I believe Lucy died because she didn’t want to live anymore.”

In an interview with the Television Academy Foundation in 2016, Lucie revealed that the “hardest part” about her mother’s death is that she couldn’t grieve her alone. “The hardest part of it really was that I felt a tremendous responsibility to take care of everybody, the world, because everybody was so devastated,” she said at the time. “I never felt like I went to the funeral of my mother, you know what I mean? Or that my mother died and people came and took care of us. It’s like we really had to take care of the world. And we did.”

Lucie also recalled how “odd” it was for “complete strangers” to talk to her about her mother’s death. “Complete strangers would come up in the street and just prostrate themselves with tears in front of me,” she said. “And I’d say, ‘I didn’t realize you knew her.’ [They’d say,] ‘I didn’t, but I can’t even imagine!’ I’m going, ‘She hasn’t made an episode of I Love Lucy in 50 years! What are you talking about?’” She continued, “The show is still there. Nothing changed that’s gonna change the thing they love the most. The thing they love the most ain’t going off the air. It’s there, tomorrow morning still gonna be there. But my mother’s not gonna be here tomorrow morning.” 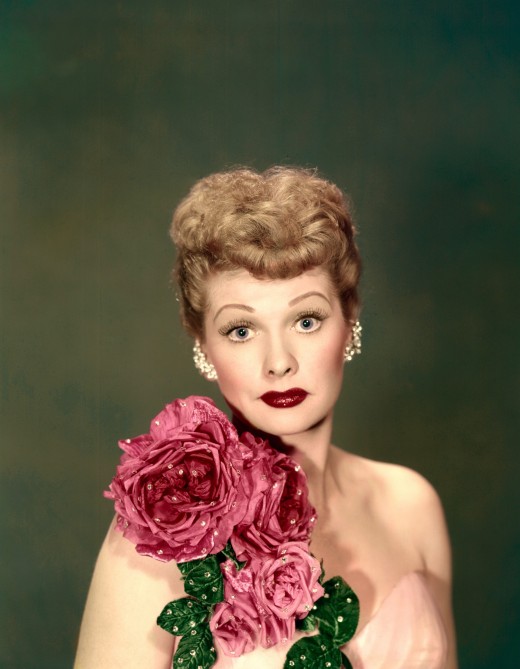 What was Lucille Ball’s cause of death?

What was Lucille Ball’s cause of death? Ball died of a ruptured abdominal aortic aneurysm. In an interview in the 2019 docuseries, Autopsy, The Last Hours of..., forensic pathologist Dr. Michael Hunter claimed that Ball had been using amyl nitrite, a prescription drug used to treat chest and heart pain, as early as four years before her death. “The street name for amyl nitrite is poppers. Poppers are a strong smelling inhalant often associated with sex,” he said. “But it’s original purpose was as a prescription drug to treat pain in the chest.”

Hunter claims that the use of amyl nitrite was a “warning sign” that Ball had an “established cardiovascular disease” years before she died. In his investigation, he found that cystic medial necrosis—which he described as a “breakdown of muscle, collagen and elasten in the large blood vessels throughout the body”—was a contributing cause in Ball’s death.

“The slow tearing of Lucille’s aortic lining that had presented itself to doctors eight days earlier had ended in what reports refer to as an aortic blowout. Surgery could not fix all the damage to this major blood vessel. But what led to this damage? Lucille’s death certificate states cystic medial necrosis as a contributing cause to her death,” he said. Hunter explained that when blood vessels “lose this elasticity and support, it makes them more liable to tear and rupture.”

Hunter suspected in the documentary that Ball’s death could have been caused by a “mystery illness” she had contracted as a teenager. “But Lucille seemed so healthy just one month before her death. I want to investigate if there were any previously unknown causes of her heart problems,” he said.  “Could a mystery illness that she contracted when she was just 17 years old have played a part in the death of America’s most loved Lucy?” According to The Chicago Tribune, Ball, who had been a moker her whole life, was also at a greater risk of an aortic aneurysm due to her history with cigarettes.