When news broke last November that Prince Harry and Meghan Markle were engaged, I followed the story to a moderate degree, reading an article or two about how Markle would be the first woman of color to marry into the monarchy, and watching clips from her and Harry’s televised interview on BBC. I can’t say that I’d pass a quiz on their courtship, but aside from the topics of race and class that dominated the headlines, there was one detail about the pending nuptials that stuck with me: the center stone in Markle’s engagement ring was sourced from Botswana.

I visited the country a few months ago with Forevermark, where I toured the world’s richest diamond mine, Jwaneng, as well as the facilities where raw diamonds are sorted, cut, and polished. Discovered in 1972, the mine became fully operational a decade later, with strict ethical regulations implemented from the onset—a fact that’s important to stress given the regrettable, unprincipled past of diamond mining.

Over the course of my time in Botswana, I sat behind the wheel of a two-story mining truck, held carats on carats of raw, uncut diamonds, and toured the De Beers Global Sightholder Sales Headquarters (Forevermark is part of the De Beers Group). The mine was fascinating, to say the least, and as a fan of diamond jewelry, I was pretty taken by the stones I saw, too. However, it was the people who work in the industry and the initiatives the mining supports that struck the loudest chord.

Ahead, what I learned about the journey of a diamond from mine to boutique—and how so much more than fine jewelry is fostered along the way.

Owned by a partnership between De Beers and the government of Botswana coined Debswana, Jwaneng is an open-pit mine spanning two-kilometers across at its widest point (roughly 1.25 miles). Ten to 15 million carats of diamonds are extracted there each year, during a process that involves massive trucks hauling diamond-rich earth to be sorted. Among those I met at the mine was Candy Godie, a senior mining engineer who oversees drilling, blasting, loading and hauling, and helps ensure that mining activities stay on schedule and in compliance. I left Jwaneng thinking that there’s no stronger case for normalizing little girls playing with trucks—and banishing the notion that men are more adept at jobs that that entail getting dirty and operating heavy machinery—than Godie’s career and the passion she has for it.

After being extracted from the mine, diamonds are sorted at the De Beers Global Sightholder Sales Headquarters, where experts asses their color, size and, shape. Those that meet the criteria to be cut a polished are transferred to one of several local diamantaires. Using 3D modeling and various algorithms, the raw diamonds are cut to maximize their brilliance. It’s common for one raw diamond to be cut into several stones. 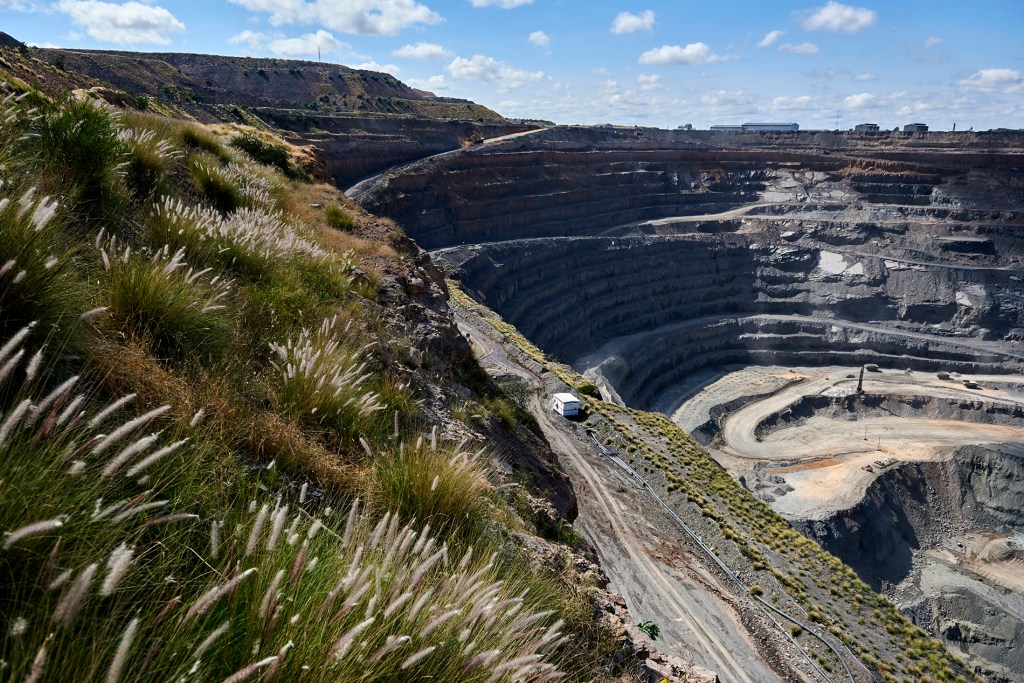 A Note About Colored Diamonds

Among the rarest diamonds are purple, blue, yellow, and pink stone, with red being the most hard to come by. Despite having decades of industry experience between them, none of the professionals I met have ever seen a red diamond.

Once they’re cut and polished, stones are vetted at one of three Forevermark Diamond Institutes—in Belgium, the UK, or India—undergoing a 17-plus step process that evaluates characteristics such as carat weight, symmetry, inclusion, color, and visible imperfections. A small percentage of these are classified as Forevermark diamonds, each inscribed with a code that denotes authenticity and responsible sourcing. 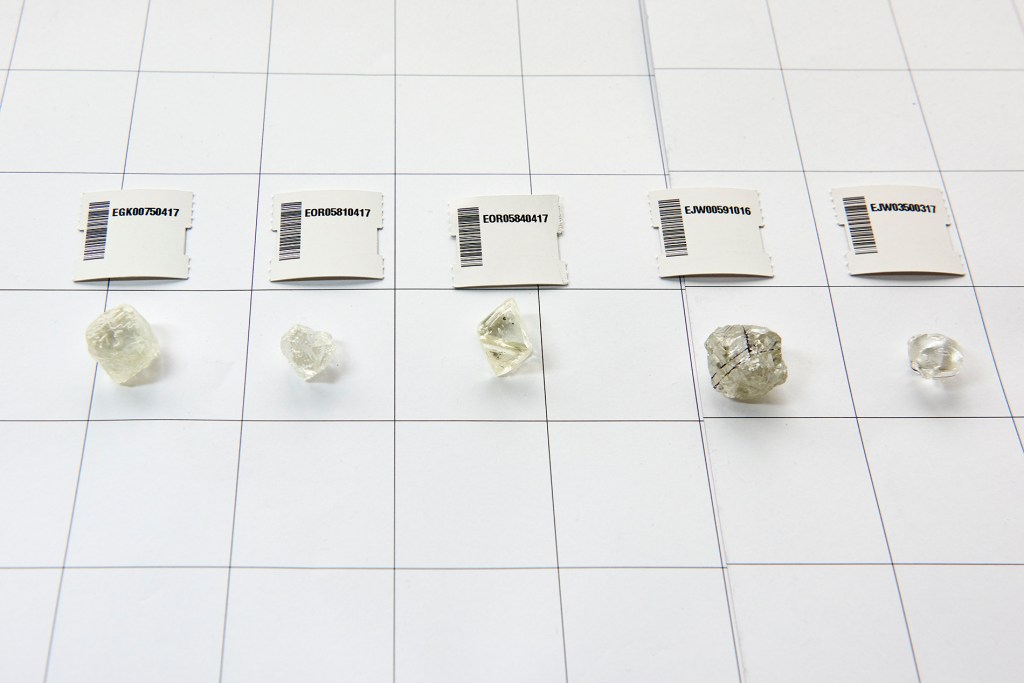 MORE: 17 Super-Modern Statement Shoes to Wear to Your Wedding

As with many practices that involve excavating natural resources, diamond mining has a direct impact on the land and those who live on it. The Debswana partnership between De Beers and the Botswana government helps to ensure that valuable stones aren’t the only byproduct of excavation. For every acre of land mined at Jwaneng, five are donated to conservation. Currently 400,000 acres are protected by Debswana, with 42,000 neighboring the mine designated as a game park for local wildlife. Additionally, an on-site hospital and school provides health care and education for mine employees, their families, and surrounding communities.

During my time in Botswana I met De Beers Group employees Nicole Senuku, corporate affairs specialist; Rebecca Aaku, stakeholder relations manager; Ludo Mokotedi, internal communications manager; and a host of other accomplished, inspiring women—nurses, teachers, and entrepreneurs—who take pride in their work and even more pride in their country and culture. On a trip that was an exploration of diamonds, all of which were stunning, meeting and learning from these women was the most beautiful experience of all.