Coolio died at age 59 on September 28, 2022. It’s reasonable to wonder how Coolio died and what his cause of death was given that the life expectancy of men in the United States is 78 (that number is lower for Black individuals at 74). The rapper, most famous for “Gangsta’s Paradise”, released in 1995, passed away suddenly at the Los Angeles home of his friend and longtime manager Jarez Posey.

Coolio was born Artis Leon Ivey Jr. in Pennsylvania south of Pittsburgh in August 1963. He moved to Compton, California, and fell into the drug scene as a young adult, but pulled himself out of it by becoming a volunteer firefighter. Coolio also held a job as security at Los Angeles International Airport before becoming a rapper full-time and making a significant mark on the underground scene. His first single was released in 1987 titled “Whatcha Gonna Do?” but signing with Tommy Boy Records in 1994 was when his career began to take off. It Takes a Thief was Coolio’s debut solo record and the lead single “Fantastic Voyage” peaked at Number 3 on the Billboard Top 100 charts. It also received heavy rotation on MTV (arguably the Golden Age of the network) and became one of the biggest rap singles of the year.

Coolio’s most significant hit came with the song “Gangsta’s Paradise”, which was released in 1995 and featured R&B singer L.V. for the film Dangerous Minds. It sat at the top of the Billboard Hot 100 for three weeks and continues to be one of the most enduring tracks of all time. It was even covered by musical comedian “Weird Al” Yankovic, which caused controversy because Coolio claimed Yankovic never sought permission to make his parody “Amish Paradise”. The Grammy winner was confident in his legacy. “I think at the end of the day when it’s all said and done, I’ll be held in the top ten hip hop performers in history,” he told GrooveOn magazine in 2009. Coolio’s success also makes his early death that much more surprising. So how did Coolio Die and what was his cause of death? Read on for what we know. 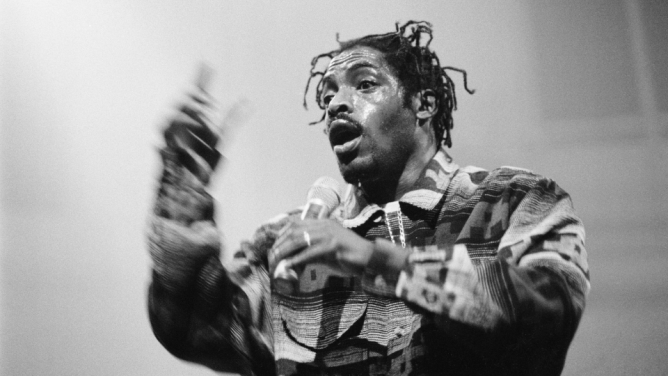 How did Coolio die and what was his cause of death?

How did Coolio die? Though his cause of death has not officially been released, it’s believed he died of a heart attack. According to CNN, emergency responders answered a call at 4 p.m. local time for a medical emergency, they found Coolio unresponsive and performed “resuscitation efforts for approximately 45 minutes,” Erik Scott of the Los Angeles Fire Department confirmed. The patient “was determined dead just before 5:00 p.m.” Forty to 50 percent of heart attacks present with a “fatal event”, according to Dr. Chawla on LiveWell. “People ignore symptoms, which are usually taking place for weeks or months before finally having a heart attack with complete blockage. At that point, the heart isn’t getting blood and it can go into a life-threatening rhythm, which presents as cardiac arrest.”

Coolio’s talent manager Sheila Finegan confirmed the rapper’s death to CNN in a statement expressing their sadness and acknowledging his legacy. “We are saddened by the loss of our dear friend and client, Coolio, who passed away this afternoon,” Coolio’s talent manager Sheila Finegan told the news outlet. “He touched the world with the gift of his talent and will be missed profoundly. Thank you to everyone worldwide who has listened to his music and to everyone who has been reaching out regarding his passing. Please have Coolio’s loved ones in your thoughts and prayers.”

Coolio’s longterm partner, Mimi Ivey, told DailyMail.com a few days following the rapper’s death that she’ll abide by her loved one’s posthumous wishes when it comes to a funeral or memorial. “I’m respecting his wishes. He wanted to be cremated. He did not want a funeral; he did not want a memorial service. He didn’t want any of that,” she said.

Michelle Pfeiffer, who starred in Dangerous Minds, the film that featured the Grammy-winning song “Gangsta’s Paradise”, led tributes on social media at news of the rapper’s death. “Heartbroken to hear of the passing of the gifted artist @coolio. A life cut entirely too short,” she wrote on Instagram with a clip from the movie. “As some of you may know I was lucky enough to work with him on Dangerous Minds in 1995. He won a Grammy for his brilliant song on the soundtrack – which I think was the reason our film saw so much success. I remember him being nothing but gracious. 30 years later I still get chills when I hear the song. Sending love and light to his family. Rest in Power, Artis Leon Ivey Jr.”

In an interview with the Los Angeles Times in 1994, Coolio said he wasn’t looking to make it big in the music industry. “I wasn’t looking for a career, I was looking for a way to clean up – a way to escape the drug thing,” he said. “It was going to kill me and I knew I had to stop. In firefighting training was discipline I needed. We ran every day. I wasn’t drinking or smoking or doing the stuff I usually did.”

Coolio’s Grammy win came in 1996 at the height of a fierce feud between East and Westcoast hip-hop communities, that would take the lives of Tupac Shakur and The Notorious B.I.G. soon after. Coolio used his Grammy speech as a call for peace to unite the two groups in a truce. “I’d like to claim this Grammy on behalf of the whole hip-hop nation, West Coast, East Coast, and worldwide, united we stand, divided we fall.” In 2022, the song reached a milestone of one billion views on YouTube. “It’s one of those kinds of songs that transcends generations,” he said in an interview shortly before his death. “I didn’t use any trendy words…I think it made it timeless.”

Cookin’ with Coolio: 5 Star Meals at a 1 Star Price 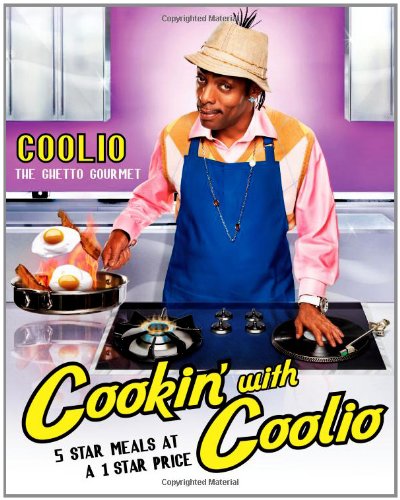 You know Coolio’s music, but did you know he also loved to cook? He started making 30-minute meals as a 10-year-old and developed his own fusion cuisine which he called “Ghetto Gourmet”. Cookin’ with Coolio features 76 recipes that are easy to make, quicker than ordering take-out and best of all, affordable ingredients. These are solid comfort foods that don’t break the bank. Expect instructions on Soul Scrolls and “Fall-Off-the-Bone-and-into-Your-Mouth Chicken” as well as how to become a Kitchen Pimp. According to the book’s rave reviews, it’s a fun read, down-to-earth, and “full of colorful and innuendo-laden language (not for kids).” If you’re a fan of Coolio and achievable meals everyone will enjoy, you can’t go past this book.