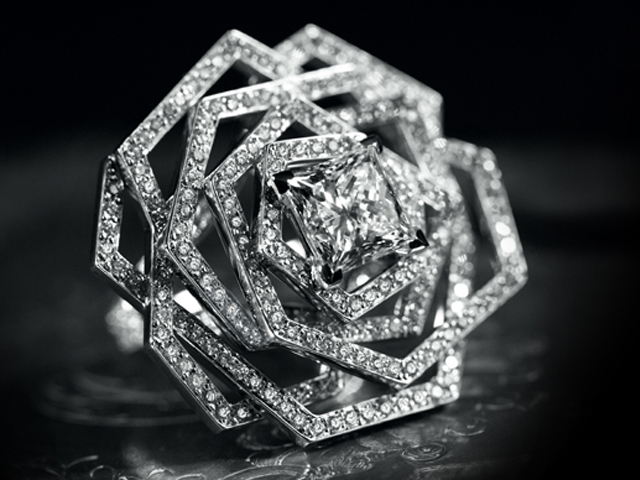 Gabrielle “Coco” Chanel, an orphan who could not afford the luxurious corsets of her time during her younger years, was ultimately responsible for crafting a sportier and more comfortable look for women. By the 1920s, Chanel built a brand that changed the face of women’s clothing, while successfully making her line a symbol of women’s liberation.
However, it does not end there.
In 1932, during the worst years of the depression, the diamond business came to a dramatic pause. This financial gap left an opening for new and innovative ways to influence buyers. The male dominated field invited Chanel to create a line to boost sales.
And so it began that Chanel revamped the way diamond jewelry is both designed and given. While diamonds are still offered as a token of love or affection, Chanel’s diamond designs added a reason for women to purchase for themselves, and they became extravagant accessories to place over simple clothing.
Chanel’s diamond collection, Bijoux de Diamants, was inspired by five distinct themes: stars, rays of the sun, ribbons, fringe, and feathers. From the well-known comet necklace to the long diamond fringe headbands, this collection became a staple of inspiration for all future high-end jewelry designs.
Considering a woman’s role during the 1930s, creating a new take on diamond jewelry proved difficult. Chanel was only able to produce one collection.
As it turns out, Chanel’s argument against the diamond industry’s critiques where she said, “are not the most beautiful things made to circulate,” ended up proving true. She may have only created one collection, but it has continued to resonate far beyond its time.
Paying tribute to its heritage relating to diamonds, the house of Chanel has just released a video mixing animation and old photographs to show off its history in the diamond business. Watch the video below and tell us what you think.