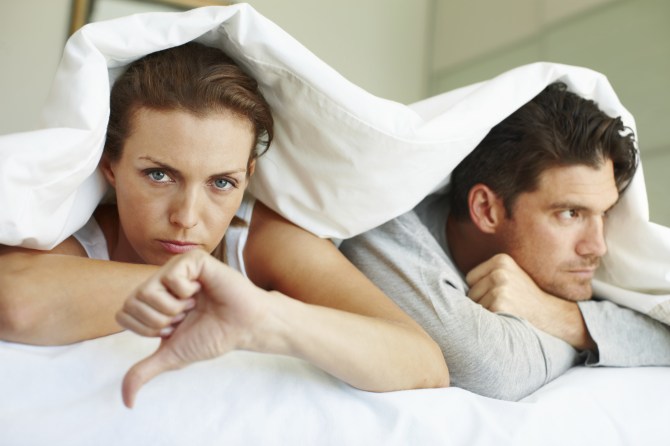 Some men are just out for a hookup buddy and hey, sometimes you are, too. But other times…you want something more.
Some of the signs are easy to overlook, but don’t discount them! Both his words and his actions are important to watch for as you decide if he’s in it to win it, or just in it for a good time. Here’s how to tell that he’s looking to put you in the “friends with benefits” category…

1. He only comes late at night.
Now, I know sometimes men will come over after a night of bar hopping with his buddies, but if he is only making that call when he’s drinking and it is late, you should know he isn’t interested in anything but a sexual relationship. A man who cares about you for you will want to spend time with you in the light of day, and without the lubrication of alcohol.

2. He always cancels plans with you.
You’re looking forward to hanging out together, but as soon as you are supposed to see him, he sends you a text saying he has to cancel. This isn’t just disappointing, it’s rude! You are worth having someone show up on time and actually stick to their word! Do not make excuses for him constantly canceling; it’s his cowardly way of showing you he’s not interested.

3. He never takes you out in public.
Just as important as his willingness to see you in the daytime, a man you’re dating should be excited about taking you out! No excuses on this one: if you two never leave the house, you need to start asking yourself why that is. It’s fun to get lost in the sheets together sometimes, but you should also both enjoy a walk in the park or a dinner at a restaurant.

Stop by YourTango.com to discover the other sings that he just wants to be hookup buddies.

More on YourTango:
Male Take: How To Tell If A Guy Likes You
Sex Stories #119: ‘The Night I Roofied Myself’
15 Funny Quotes About Sex From Famous Women We Love