When I went on vacation at a sex-themed resort, I got that chance when I met a man and his bisexual wife who liked to fool around with other women while he watched. “I’m a believer that you should live out your fantasies,” he said. Lots of people at the resort were having similar encounters and encouraging each other to experiment and have sexual adventures. Fearing I’d always be left wondering if I didn’t go for it (and feeling like if I didn’t do it now, I never would) I joined them in their hotel room.

What proceeded was the most awkward sexual experience of my life. As it turns out, hooking up with another woman was not as exciting in reality as it was in my fantasies. Here’s what I expected—and what actually happened.

It felt unnatural and unsexy

Guys I’ve been with in bed have often remarked that I get very wet very easily. Yet on the night I joined this couple, that reliable lubrication was nowhere to be found. Instead of feeling turned on as I pleased her, I couldn’t get out of my own head. I kept trying to picture my fantasies to help bring them to life, but the only thing that got me remotely turned on was sneaking glimpses of him. (I warned you this was awkward.)

I didn’t understand her body intuitively…

Part of my fantasy was being able to relate to a body like my own. I liked the idea of looking at my partner and knowing what she was feeling. But that didn’t happen at all during this encounter. The techniques that I personally respond to did nothing for her, and the techniques she liked did nothing for me. While I respond almost exclusively to clitoral stimulation and need a break after each orgasm, she was having one vaginal orgasm after another—something completely foreign to me. Don’t get me wrong: I was seriously impressed, but I didn’t relate. Turns out people are individuals, regardless of gender. What a concept.

…and she didn’t get mine

When it came time for her to please me, things fell a little flat. She bit my breasts and fingered me a bit too roughly for my taste, and seemed confused when I yelled, “Ow!” Her husband, who was coaching us from the edge of the bed—did I mention this was awkward?—suggested I show her how I masturbate. Her attempts to imitate it felt okay, but nowhere near as good as my previous partners or my own fingers. We just had no physical chemistry, and after five minutes, I gently explained that I wasn’t feeling it and asked her to stop. 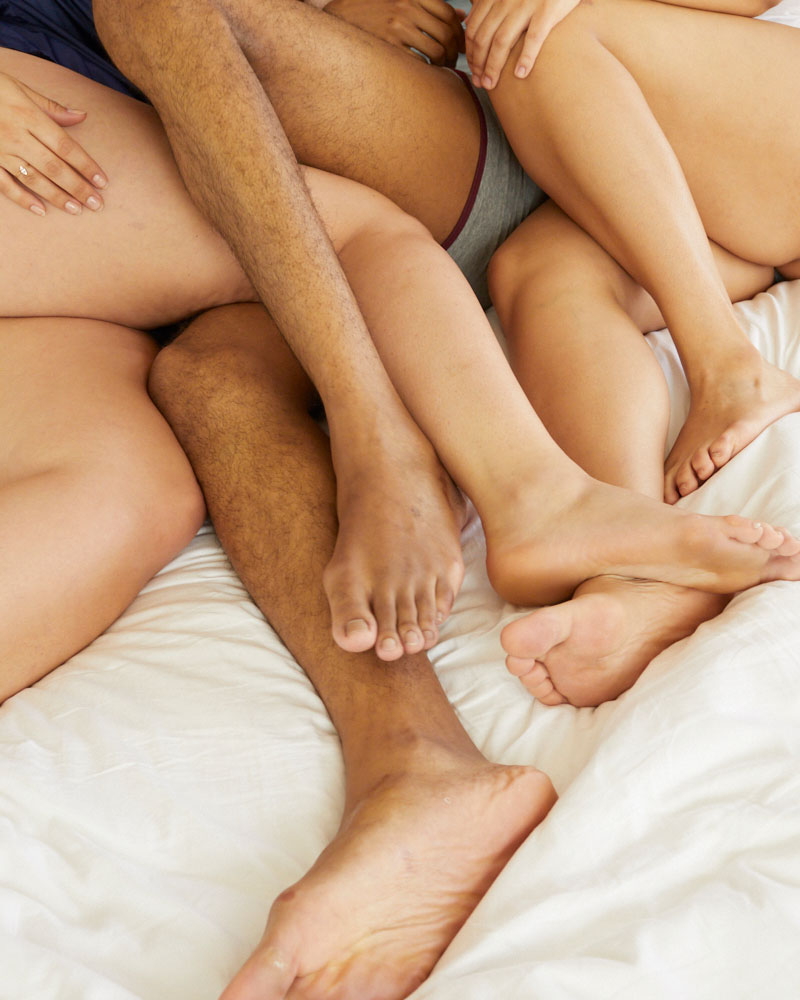 Instead of soft and sensuous, it was rough

The idea that women are gentler in bed isn’t based in reality, I realized—it’s just a stereotype about women’s sexuality that happens to apply to me. Despite telling her I required a much softer touch, my breasts and clit were sore for days afterward. Her idea of gentle was still too rough for me. For her part, she kept asking me to go harder even when I feared I was hurting her. Again, everyone’s sexual tastes are totally individual, gender aside.

We had no special bond afterward

The next day, I saw the couple at lunch and they invited me to sit with them. After some feeble attempts at small talk, we finally addressed the elephant in the room. “Did you enjoy yourself last night?” he asked. “Because we did.” I couldn’t honestly say that I had, so instead I told my truth: “Well, I did learn something—turns out, I’m definitely not into women.” We all laughed and the awkwardness evaporated. So I guess the three of us did have a weird bond of sorts, but not the sexy kind I pictured. That’s for sure.

My fantasy was unrealistic

Ultimately, I have to disagree with this woman’s husband’s philosophy that you should always live out your fantasies. We fantasize about things for all kinds of reasons, and wanting to enact them is just one possibility. As it turned out, my fantasy was much more about seeing myself in other women than it was about being attracted to them. I didn’t want to be with the women in my fantasies; I wanted to be them. And that’s not really a fantasy you can live out IRL.

Obviously, plenty of women live out their same-sex fantasies and have totally hot experiences. If you’re actually attracted to women, that’s totally possible. But I don’t buy into the myth that if you fantasize about a gender you don’t normally sleep with, you’ve repressed a secret, deeply rooted desire to sleep with them. And whatever your fantasy is, the truth is that reality may (and in my case, definitely) won’t live up to it. After all, you can control your fantasies, but you can’t control reality.

MORE: My Marriage Is Sex-Free and There’s Nothing Wrong With It