“When I was a little girl walking down the street, I was called a lot of things. Movie star wasn’t one of them,” Laura Harrier’s Hollywood character, Camille Washington, tells a crowd full of Hollywood executives after she wins an Oscar for Best Lead Actress and becomes the first black woman to do so.

In the real world, that milestone isn’t met until 2001 when Halle Berry wins the Best Lead Actress Oscar for Monster Ball. But in Ryan Murphy’s Hollywood, which reimagines a world where people of color, queer people and women are afforded opportunities in the entertainment industry decades before their real-life counterparts, Camille’s Oscar marks a turn in Hollywood for the better.

Hollywood, which is executive produced by Janet Mock and premieres on May 1, follows a group of aspiring actors and filmmakers in a post-World War II Los Angeles as they try to make it in Hollywood. Harrier plays Camille Washington, an aspiring actress at ACE Pictures, a big-shot film studio, who’s desperate for her big break. By far, Camille is one of the most talented actresses at ACE Pictures, but because of the color of her skin, she’s often passed over for roles in favor of her less-talented white peers. And for the roles she is cast in, the characters are often stereotypes, such as the black maid to a white family. 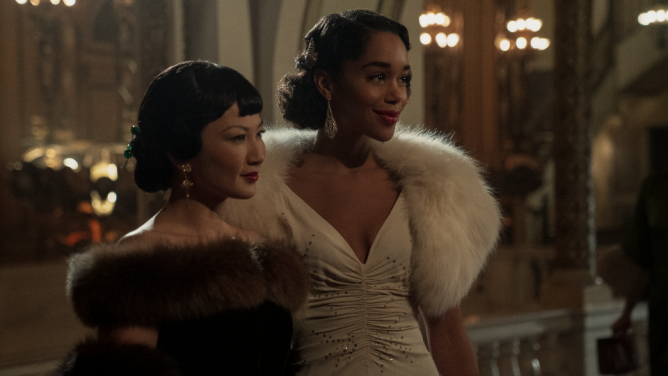 With the help of her boyfriend, Raymond Ainsley, the director of a hot new movie Peg, which everyone in Hollywood wants a part in, Camille is allowed to screen test for the lead character, an aspiring actress who jumps off the Hollywood Sign and kills herself due to the pressures of Hollywood. Camille excels in her audition, but Avis Amberg, the interim CEO at Ace Pictures, is hesitant to cast her because she thinks audiences will boycott a film with a black lead. Eventually, Avis is convinced by her coworkers, who want to see history happen, to cast Camille. Peg is retitled as Meg and the screenplay is rewritten so the lead doesn’t kill herself. Instead, as a message to little black girls who see themselves in Meg, the character climbs down from the Hollywood Sign and achieves her dreams. Meg becomes a box office hit and the most successful film in seven years. But more importantly, it ushers in a new age in Hollywood where anything is possible for people of color, queer people and women.

As much as Hollywood is about the reality of the discrimination marginalized communities face in the entertainment industry, the show is also a look at how people of privilege (Camille’s white-passing boyfriend, Avis) can open doors for those who don’t have the same opportunities. Even the structure of the show is a look at privilege. In the pilot, viewers are first introduced to Jack Castello, a straight white man and an aspiring actor, but as the episodes continue, the show isn’t about Jack at all. It’s about the less-privileged people around him: black actress Camille; black screenwriter Archie Coleman; gay actor Rock Hudson. Jack is simply an entry that leads us to the rest of the characters. 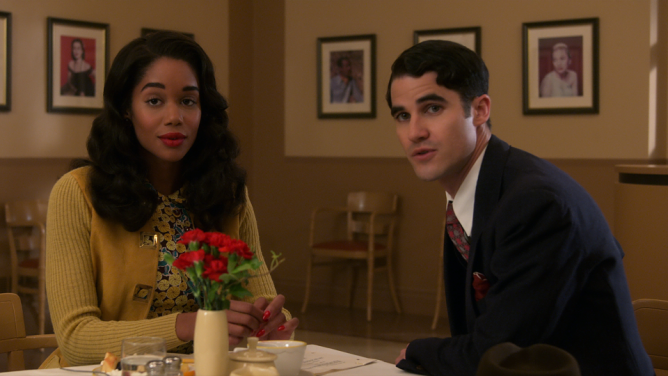 Of the cast, Harrier’s performance as Camille is one of the most gripping. When she tells her boyfriend that she’s better than any white actress at ACE Pictures, the audience believes her. When she’s turned down for a role because of the color of her skin, the audience stands with her. And when she becomes the first black woman to win the Oscar for Best Lead Actress, the audience is there backstage cheering her on. (And so is a fictionalized version of Hattie McDaniel, who’s played by Queen Latifah and is the first black actress to win an Oscar for Gone With the Wind in 1939.) There’s a pain and a fire to Harrier’s performance that’s captivating and brings Camille to life as the hero she is to the little black girls who we see watch her from their homes. “Had I been born 80 years earlier my life could have been very similar to hers,” Harrier told WhoWhatWear in May. “I feel really connected with her, her drive, and her wish to be representative of women that she feels she never saw enough of on screen growing up, or, in her case, saw any of on screen.”

That isn’t to say that Hollywood doesn’t have its flaws Since it premiered on May 1, the show has received mixed reviews. While Hollywood acknowledges Raymond’s white-passing (played by Darren Criss, who’s also been open about his own white-passing in the past) and the privilege that comes with it, the series doesn’t touch on how colorism may benefit the other characters, such as Camille. 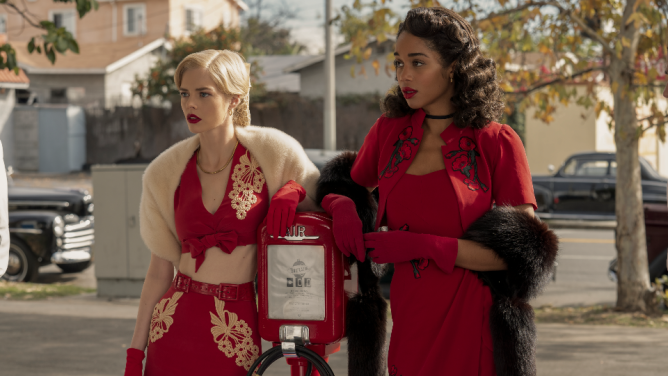 Still, despite its faults, Hollywood is a stark look at how far the entertainment industry has come and where it still has to go. In Hollywood, Camille is the first hero in a long time to represent the underrepresented. In the real world, there are hundreds of Camilles, and there needs to be more. But, as Hollywood shows, the responsibility isn’t solely on the shoulders of marginalized actors and filmmakers. Above all, the responsibility lies on those in privilege to create opportunities for those who don’t have access to them. That’s the Hollywood we want to see.