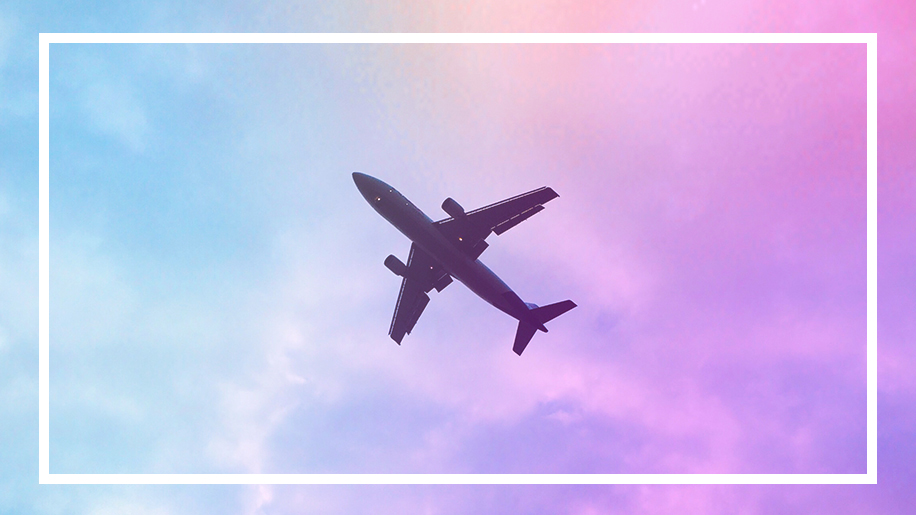 In theory, there are certain things you know you should do: floss, donate to charity, and just go to that SoulCycle class already. Also filed under that category? Not being an epic procrastinator when it comes to booking your holiday travel arrangements. But like a lot of good intentions, you forget, you put it on the back burner, you figure plane tickets won’t ever sell out, and suddenly, a flight back home costs more than a Balenciaga bag.

But all hope is not lost, says Brian Kelly (aka travel guru The Points Guy): “You just have to be smart about it.” We’ve rounded up a few expert tips to do just that and still have money left to burn in 2016.

Make the deadline.
Most legacy airlines (like American, United, and Delta) tend to prey on your lack of planning, continually upping prices as it gets closer to big dates like Christmas and New Year’s Eve. But you do have a tiny window of reprieve between now and Christmas.

“Holiday flight prices spike ten days before Christmas, so if you haven’t purchased your ticket yet, you definitely want to buy it as soon as possible,” data scientist Patrick Surry of price-watching site Hopper tells us.

Power to the points.
While both Kelly and Surry say there’s really no better method than booking early (at least six weeks prior to your flight for domestic, even more for international), there are sneaky ways around the invisible cutoff. “There’s an interesting dynamic that airlines give frequent flier seats in the weeks leading up to departure,” Kelly says. “The key is to never assume it’s a busy time.”

Look farther afield.
If you’re priced out of your usual airport, look at the bigger picture. Are there airports an hour or two outside your city that are offering cheaper flights? If you can’t fly out of San Francisco, for instance, try looking at Oakland or even San Jose. For New York City, give Newark, New Jersey, a try.

Know when discounts can happen.
There are a few magical times when you can score discounts if you don’t have frequent flier miles to use. Surry says flying on December 21 or Christmas Eve will save you up to 30 percent on airfare. And you’re best to put the kibosh on travel between December 26 or 27 and January 2, since everyone will be scrambling to get back to their home cities those days.

Don’t wait too long.
It used to be that leaving it down to the wire meant you might be able to snag an awesomely cheap ticket, if you were willing to play travel roulette. But no more. “The computers are doing a much better job at making sure that each plane is sold out or oversold,” Surry says. Oh, the joy! But the sad truth of the matter is you’ll probably have to bite the bullet sooner rather than later to get a ticket or risk being Scrooged.

So even though it’s tricker than getting into the Alexander Wang sample sale, there is hope—Surry says that airfare is the cheapest it’s been in three years.

“We’ve already seen a ton of flash sales this December, and we expect them to continue into January,” he says. “So it’s a great time to be planning 2016 vacations.”

Duly noted. Now, if you’ll excuse us, we’re off to book a lot of January trips to warm, tropical islands. Happy travels!