‘Tis the season for Christmas carols. ‘Tis the season for gift-giving. ‘Tis the season for … cheesy holiday movies? Every time I turn on the TV (or open Instagram), it feels like I’m confronted with another C-list star smiling big in front of a generic holiday backdrop. And I’m not being dramatic. The Hallmark Channel produced more than 30 Christmas movies in 2017 alone. Lifetime has recently shifted their strategy to creating more original movies (many of which are holiday ones), and in the past couple years, Netflix has thrown their hat into the holiday-movie-producing ring as well. But why is the streaming service (and everyone else) suddenly so interested in feel-good holiday films? Well, in short, because they make money and people will watch them. They’re not banking on awards or acclaim—they’re banking on the audience’s desire for some good old-fashioned Christmas spirit.

The movie that really kicked off the trend of Netflix holiday originals was 2017’s A Christmas Prince. It had all the makings of a cheesy Christmas movie. Slightly-familiar yet-obscure actress? Check. Recycled movie trope? Check. A glamorous party? Double check. (The title is A Christmas Prince after all.) The movie description reads “Christmas comes early for an aspiring young journalist when she’s sent abroad to get the scoop on a dashing prince who’s poised to be king.” It’s basically The Prince & Me meets Almost Famous, and who wouldn’t watch that? In fact, the movie was so well-received that Netflix worked fast on a sequel, A Christmas Prince: The Royal Wedding, which premiered a year later. (Please note that the sequel to The Prince & Me was similarly titled The Prince & Me 2: The Royal Wedding. Coincidence? I think not.) 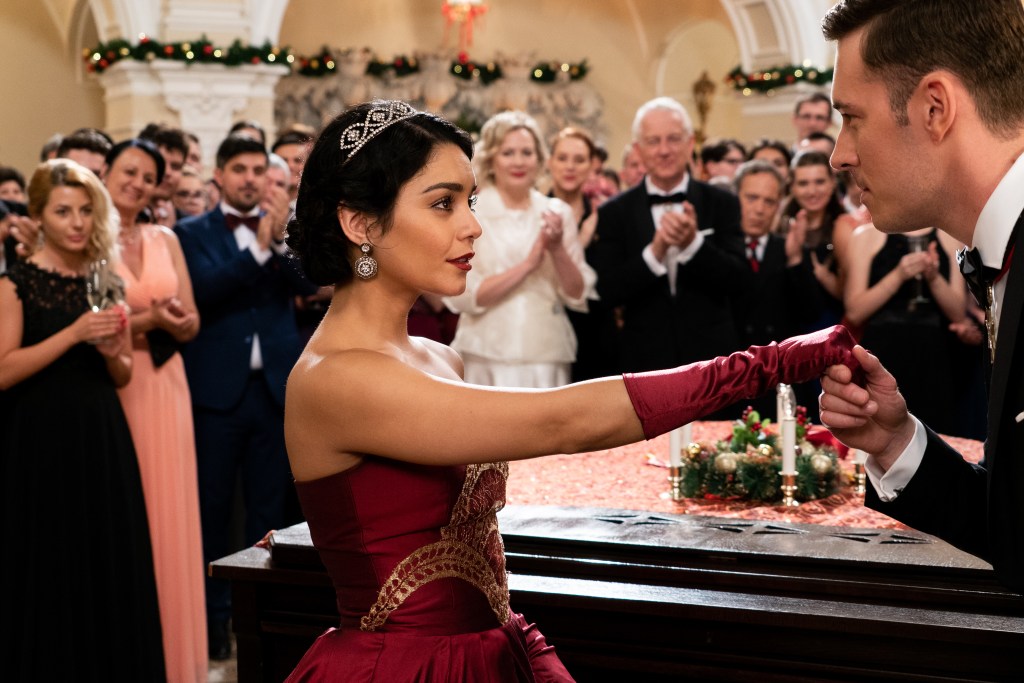 Now, I’m no cynic, but I do appreciate some originality in my content. Regardless, that didn’t stop me from placing a hand to my heart when Prince Richard (played by English actor Ben Lamb) spoke the very true words: “A palace is a lonely place for a king without a queen.” Swoon. I’m pretty sure Prince William used the same line on Kate Middleton back in the day. And if you’re worried Netflix doesn’t realize these movies are utterly cheesy—don’t. They’re in on the joke. “People were having so much fun picking on the movie,” A Christmas Prince screenwriter Karen Schale told Cosmopolitan. “They were tearing it apart, and I think it’s great, because what I’m trying to do is bring people joy and happiness. I took it all as a compliment and I was just so happy people were watching and talking about it.”

They’re not banking on awards or acclaim—they’re banking on the audience’s desire for some good old-fashioned Christmas spirit.

People are definitely watching. Hallmark even has an entire programming event—and I do mean event—surrounding their holiday content. The cable channel’s “Countdown to Christmas” is an annual ‘round-the-clock schedule airing a new and original holiday movie every day until Christmas. After looking into these movies, I discovered they all have something in common. Hallmark movies like Pride, Prejudice, and Mistletoe, It’s Christmas, Eve (please note the comma because the main character’s name is indeed, Eve) and Christmas Made to Order include celebrities we rarely get to watch on our screens anymore. Stars like Mean Girls’ Lacey Chabert, Spy Kids’ Alexa PenaVega and country singer LeAnn Rimes bring a distinct sense of nostalgia to their roles. The familiarity of these former child stars lets me know two things. One: current Disney Channel stars have nothing to fear … Hallmark is always here, and two: Maybe the actors enjoy these types of movies just as much as the audience does? 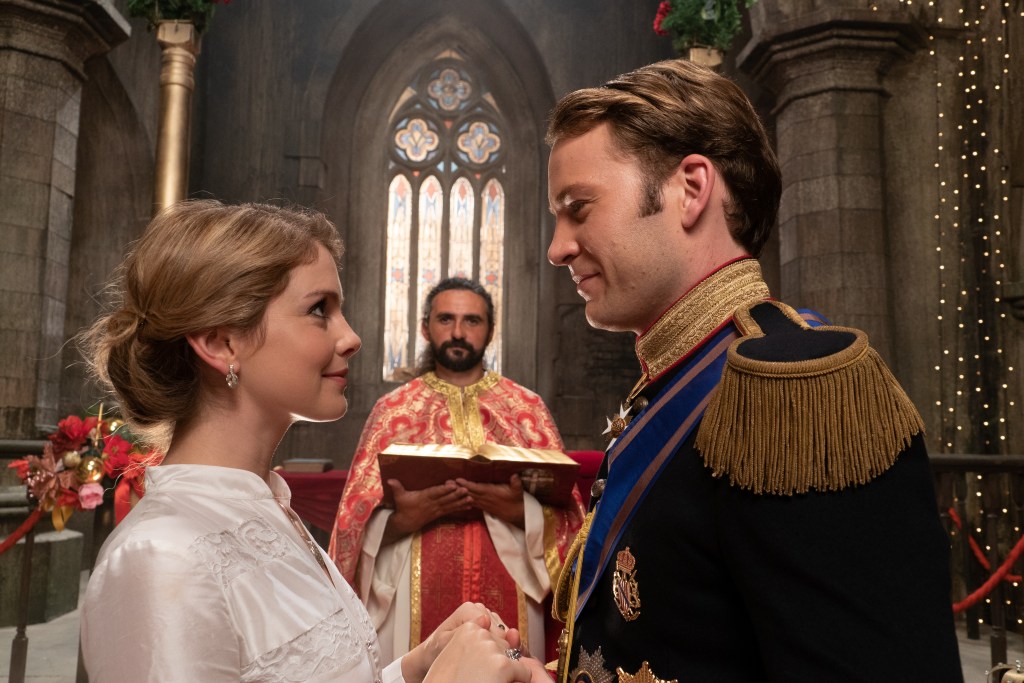 Chabert—who’s starred in more than six Hallmark Christmas movies—enjoys working within the genre, with the hope that one of her films will be the next Christmas classic. “I hope maybe I’ll be in a Christmas movie that becomes part of someone’s holiday tradition,” she told Parade. In an interview with E! News, Bill Abbott, CEO of Hallmark Channel, called the channel a “safe space, a feel-good space” in a marketplace that has gone “past the point of edgy.” He added, “It’s a behavior that resonates in a time where entertainment and reality is a lot harsher.” Michelle Vicary, the executive vice president of programming, also told E! News, “We own Christmas and we are going to do it in a bigger way and a better way and really speak to the spirit of the season that I don’t think any of our competitors do.” Not if Netflix and Lifetime have anything to do with it. Oh, and let’s not forget the Disney-owned Freeform which has its annual “25 Days of Christmas” themed content.

The rewatchability factor is undeniable when it comes to cheesy holiday movies.

The secret is out: Christmas movies work. According to Business Insider, the average Hallmark movie costs $2 million to produce. (Compare that with the $28 million cost of 2017 box-office flick, A Bad Moms Christmas.) Last year, S&P Global Market Intelligence predicted that the Hallmark Channel brought in about $390 million in advertisement revenue. And that doesn’t even include the money earned from licensing and streaming. This means major profit, even if the films are far from becoming critical darlings. 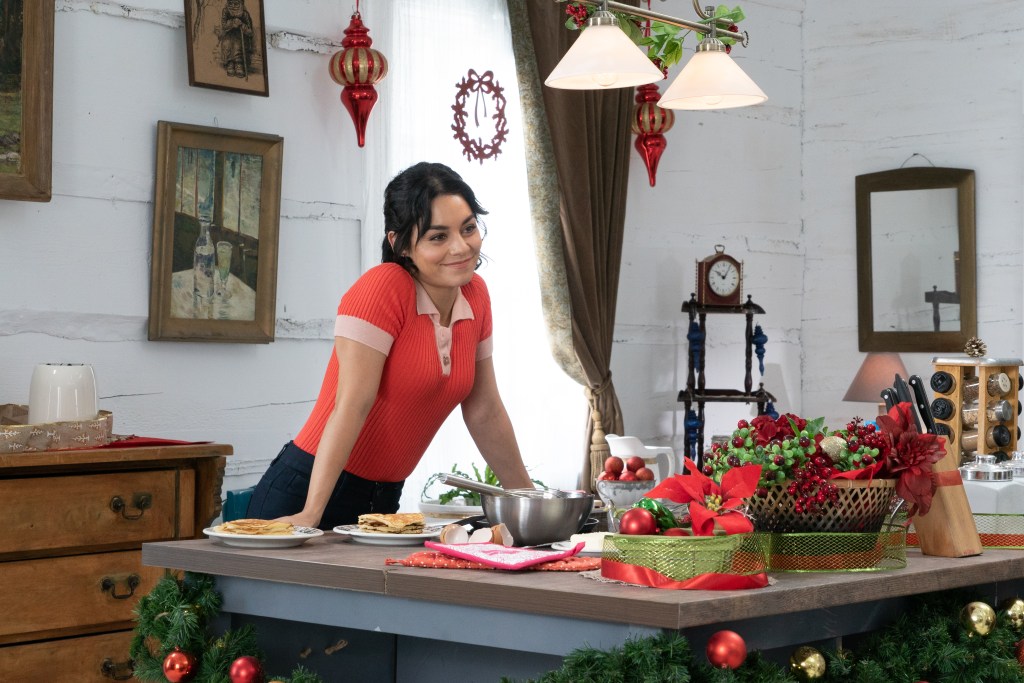 People love watching these movies. And not just once. “There are movies that people ask to see over and over,” Vicary explained. The rewatchability factor is undeniable when it comes to cheesy holiday movies (which might be why a streaming service like Netflix is the perfect home.) Watching them is like putting on your favorite holiday jammies and sipping hot cocoa. It just makes you feel good. And what’s the point in denying people these simple pleasures? Especially in a landscape full of dark TV content. Especially when these simple pleasures have proven themselves to be quite profitable. Will these movies be watched 20 years from now, like It’s a Wonderful Life or Miracle on 34th Street? The jury’s still out. But for now, they’re here to stay.