Is it just us, or did it seem like dozens of engagement photos suddenly popped up in your Facebook feed over the holidays? We noticed that suddenly tons of high school friends began posting photos showing off sparkly rings, and relationship statuses magically transformed overnight. Well, it seems we weren’t imagining it. 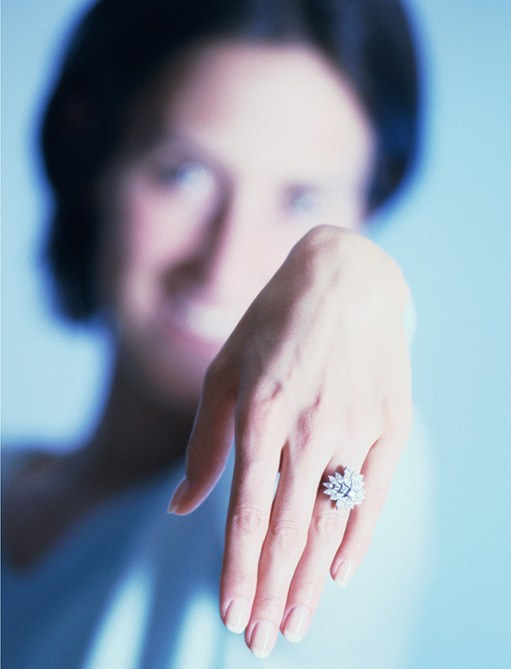 If it felt like tons and tons of your friends were taking the next step in their relationships and getting engaged, that’s because they probably were. Engagement season is a real thing. According to online wedding planning site Wedding Wire, around a third of all engagements happen between Thanksgiving and New Year’s Day.

So, why all the rush to get relationships locked down over the holiday season? One theory holds that people like taking advantage of the extra vacation days around the holidays to plan elaborate proposals and elaborate engagement getaways. Another says that holiday bonuses make it easier to justify big engagement ring purchases. Whatever the case, it also makes sense that engagement season would come during the holidays: They’re also a notoriously slow time for actual weddings.

Either way, it’s great news for jewelers, as the period between October and December accounts for around 36 percent of all jewelry sales.
Did you or people you know get engaged this holiday season? Sound off in the comments below!
Tags:
StyleCaster