From super-short python dresses that came down the runway at Gucci to the pastel quilted minis at Miui Miu, one thing’s for sure: Fall fashion is all about thinking short—and we mean very short.

While today it’s easy to take for granted that hemlines rise and fall based on the whims of designers rather than political statement, that wasn’t always the case. In fact, the miniskirt had pretty controversial origins.

MORE: A History of the Swimsuit, From Bathing Gown to String Bikini

If anyone should be credited with pioneering the mini it would be British-designer Mary Quant, who told the New York Daily News this year: “A miniskirt was a way of rebelling.” The Quant definition of a mini: The bottom edge of the skirt must hit roughly halfway up the thigh, and fall no more than four inches below the butt.

Here, a look back at how one of fall’s biggest trends came to be in the first place.

5400-4700 B.C: Think miniskirts were born during Britain’s Youthquake in the 1960s? Think again. Archaeologists have uncovered figurines in Europe dating from between 5400-4700 B.C. dressed in miniskirts. This isn’t the only very early example of a miniskirt, either. Ancient Egyptian frescos depict female acrobats wearing miniskirts.

1926: Cut forward a few hundred years, and hemlines began rising in earnest during the 1920s with the advent of the flapper, but it was the entertainer Josephine Baker who made waves with a miniskirt made of bananas during performances of the “Folies Bergère” in Paris. 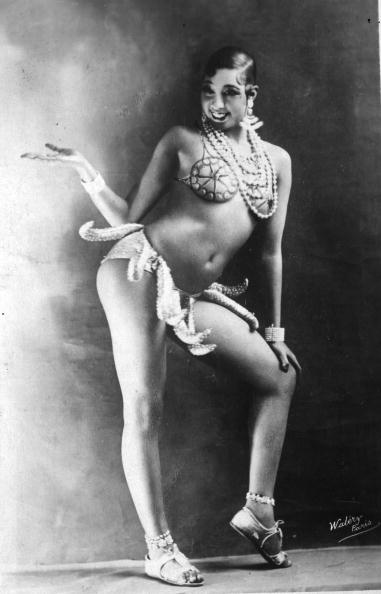 1950s: While the hot fashions following WWII were all about the full skirt that hit below the knee, the miniskirt began to make appearances in science fiction films like “Flight to Mars” and “Forbidden Planet.”

1962: The earliest direct reference to the miniskirt came from Wyoming newspaper The Billings Gazette describing the miniskirt as a controversial item in production in Mexico City. In the piece, the miniskirt was described as stopping eight inches above the knee.

1964: If anyone should be credited with pioneering the miniskirt it is British designer Mary Quant. Quant opened what became the iconic boutique Bazaar in 1955 on King’s Road in London’s Chelsea neighborhood. Inspired by the fashions she saw on the streets, Quant raised the hemline of her skirts in 1964 to several inches above the knee, and the iconic miniskirt was born. She named the skirt after her favorite car, the Mini.

Quant wasn’t the only pioneer of the miniskirt at the time. French designer André Courrèges began experimenting with hemlines as well in the early 1960s, and he began to show space-age dresses that hit above the knee in late 1964. Because both designers had something to do with the miniskirt, a debate has raged on for decades as to who actually invented it, though Quant famously said, “It wasn’t me or Courrèges who invented the miniskirt anyway—it was the girls in the street who did it.”

Regardless who who technically invented it, supermodel Twiggy became the unofficial poster child at the tim for the miniskirt look. 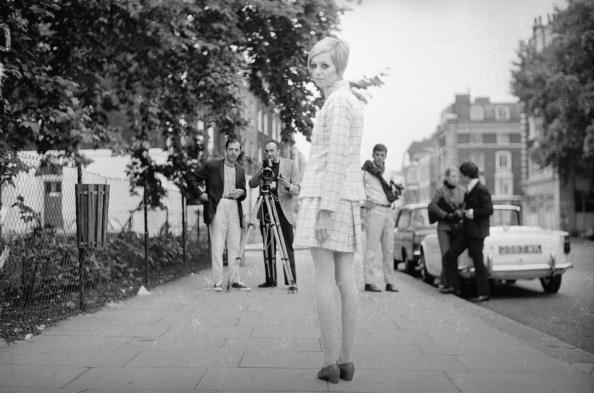 1965: The miniskirt continued to have a banner year in 1965. Model Jean Shrimpton caused a stir when she wore a miniskirt with no stockings, hat, or gloves to the Melbourne Cup Carnival in Australia. The mini also got a boost when Yves Saint Laurent debuted his famous and very short “Mondrian” dresses. 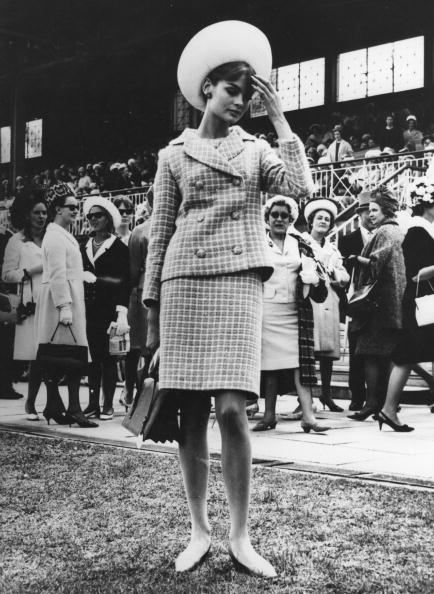 1966: Paco Rabanne launched plastic chain-mail miniskirt in 1966, followed by the throw-away minidress. The mini was officially a high fashion statement.

1967: Goldie Hawn’s “Laugh In” debuted on TV, inspiring girls around the U.S. to don miniskirts and minidresses copying her signature mod style.

1969: With political tensions high because of the Vietnam War,  the fashion pendulum swung, becoming increasingly nostalgic, and hemlines fell back down to the ankle in a style called the “maxi.” Hemlines hadn’t been so long since 1914.

1974: The 1970s weren’t good to the miniskirt, but Debbie Harry, who began fronting Blondie in 1974, helped to revive the miniskirt, regularly wearing it on stage. The mini, favored by punk acts at the time, was reinvented in black leather and PVC. 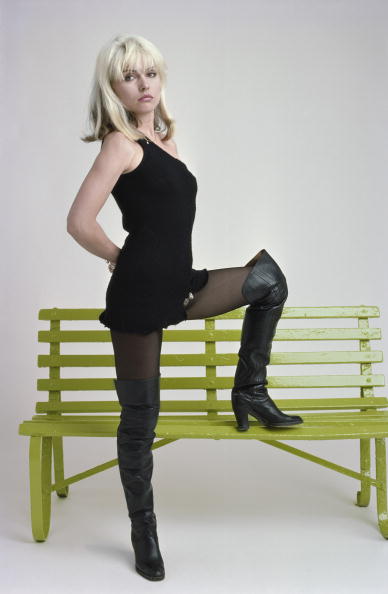 1982: The rah-rah (or ra-ra) skirt began having a major moment in the 1980s, originating from cheerleading uniforms. The Oxford Dictionary noted this as the first successful miniskirt revival and the rah-rah skirt even appeared on the cover of Time magazine in 1982.

1984: Madonna wowed the crowd at the MTV Video Music Awards, rolling around the stage in a white tulle minidress resembling a wedding dress. Virginal it was not.

1990s: Julia Roberts set a fashion trend wearing a shorter than short skirt and thigh high boots in “Pretty Woman.” Also, throughout the decade, miniskirts were incorporated into the wardrobes of working women thanks to the influence of TV shows like “Melrose Place” and “Ally McBeal.” 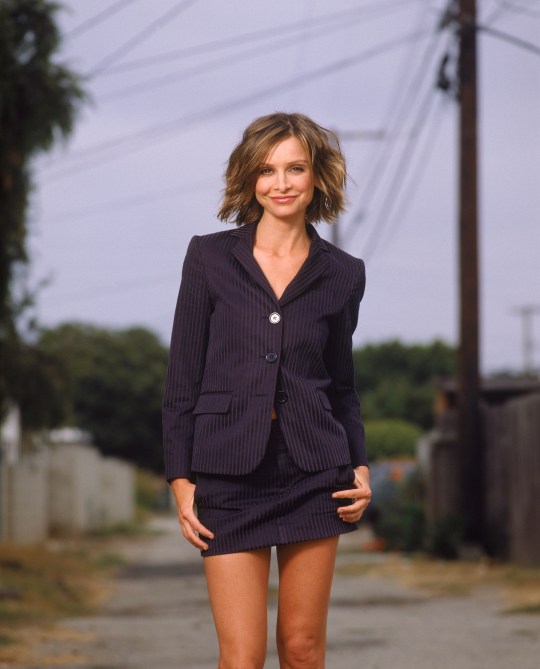 2000s: Miniskirts got a boost in the aughts thanks to stars like Paris Hilton and Britney Spears, who wore theirs with midriff-baring tops.

2009: In recognition of Quant’s impact pioneering the miniskirt, the Royal Mail in the UK released a stamp in homage to her signature design. 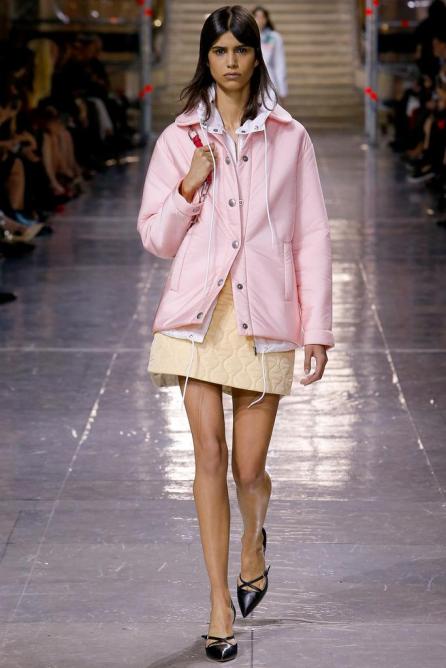 2014: Proof that it is only a matter of time before what is old is new again, runways were awash in mini-skirts, particularly minis inspired by swinging 1960s. Gucci, Raf Simons at Dior, and Hedi Slimane for Saint Laurent all had mini fever. “My haute couture was all legs, legs, legs,” designer Giambattista Valli told the Wall Street Journal, describing his most recent haute couture collection.