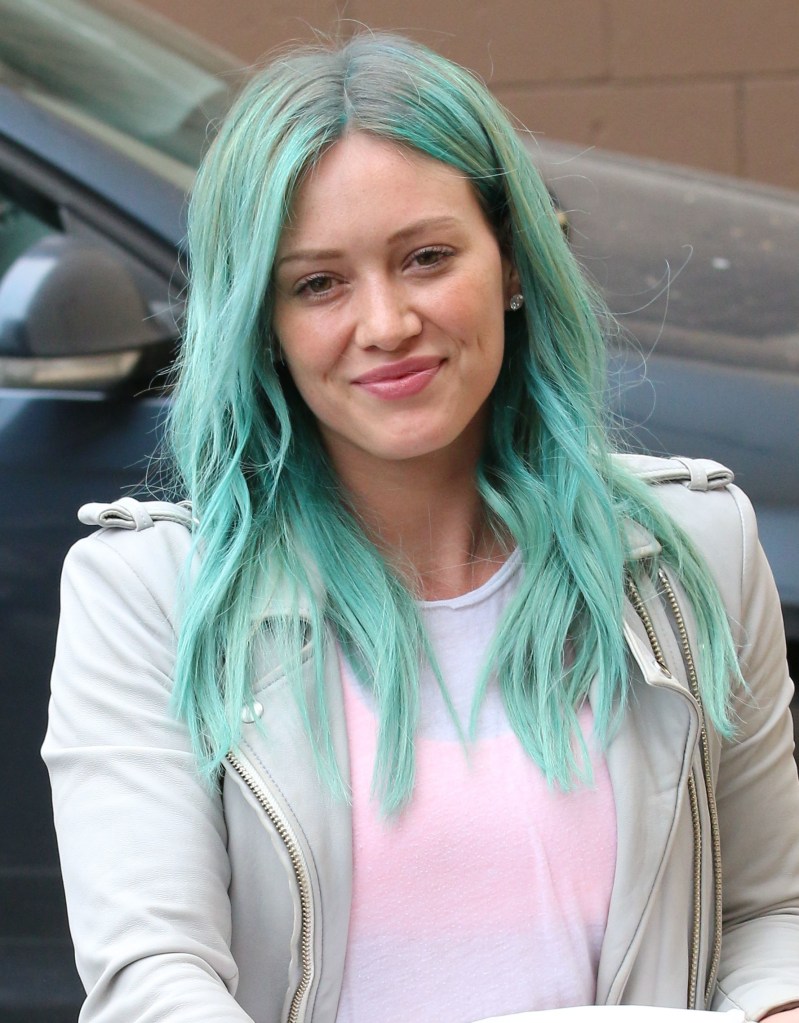 Hilary Duff is all about body positivity, and she spread her message yesterday in a new interview, discussing her body four years after giving birth to son Luca, whom she calls “really amazing.” She was quick to point out that she’s over society’s idea of “perfect,” instead choosing to focus on the best things in life, and not sweating the small stuff—namely, the way she looks in a bikini. “I don’t care to look absolutely perfect in a bathing suit,” she told Today Parents. “I’m a normal girl. I’m strong. I’m fit. I feel good about myself after I’ve had a baby.”

Though she admitted to being human and acknowledged that she feels better or worse about her body depending on where she’s at, she said she keeps an upbeat attitude overall. “I go through ups and downs, being like, Damn, I’m fit right now, and, OK, I’m letting things slide a little, and I’m totally fine with that,” she said. Instead of obsessing over her body, she places her attention elsewhere. As she captioned a photo of herself in a pink-and-white-striped Solid & Striped one-piece a few weeks ago, “Enjoying this amazing sunny day….next I clearly need a tan.” (BTW, her $168 suit is here, in case you need it too.)

She definitely walks the walk. A couple of months ago, she posted an unretouched video of herself shimmying in a red bikini, asking others to do the same in the name of discouraging unrealistic body images. “Hey guys!” she wrote at the time. “When you post your unretouched swim photos with #AerieREAL, @Aerie will donate $1 (up to $30K) to NEDA, a non-profit that supports those affected by eating disorders.”

Duff hasn’t always had such a healthy perspective, though. In an interview with Health a couple of years ago, she said, “When I was 17, I weighed, like, 98 pounds. I was totally obsessed with everything I put in my mouth. I was way too skinny. Not cute.” Instead, these days she embraces what she has instead of trying to be something she isn’t. “This is the body that I have,” she said. “I have a very athletic build, and I am so proud of what my body has done for me. … I feel good about myself.”

As to her little one, she said he has restructured the way she sees the world and helped her prioritize the most important things in life. “He only makes every day matter so much more, and the joy that I feel, the purpose, everything is so much more heightened,” she told Today. So sweet!