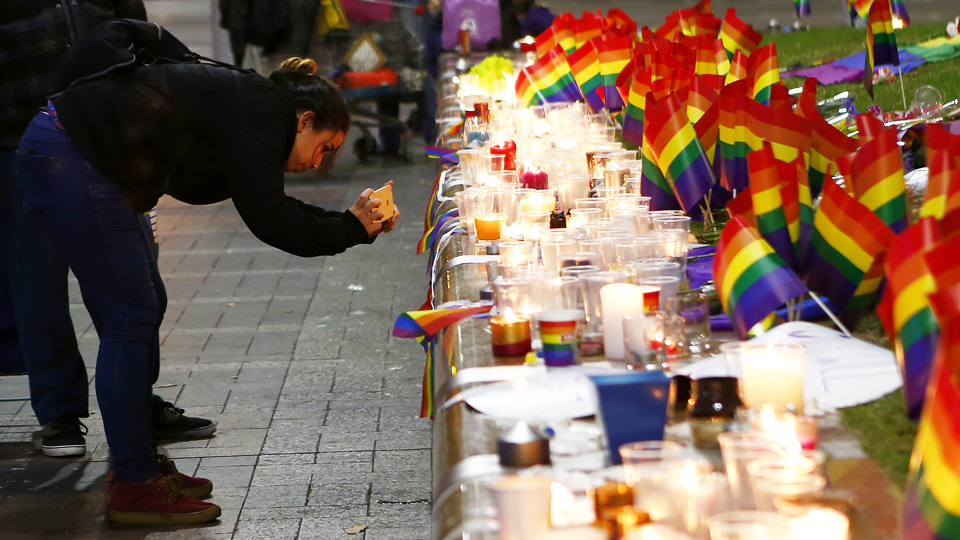 Fifty people died and 53 more were wounded during an attack by a gunman who claimed allegiance to the Islamic State at a busy nightclub in Orlando, Florida, in the early hours of Sunday morning. As we mourn the worst mass shooting in US history, here are five things you can do to help the victims and their families today.

Police said victims were taken to three Orlando hospitals, with most being sent to Orlando Regional Medical Center. To directly help Orlando hospitals with a financial donation head to orlandohealthfoundation.com. Equality Florida has also set up a donation page to support victims and has already raised more than $1.5 million of its $2 million goal.

According to Orlando Sentinel, blood banks have been overwhelmed with donations since the tragic shooting, but OneBlood is still specifically needing types O negative, O positive, and AB plasma. To find a donation center, visit oneblood.org or call 1-888-936-6283. Remember that there are regulations about who can donate blood and how much.

If you’re a trained counselor then get in touch with the Gay, Lesbian, Bisexual, Transgender Community Center of Central Florida. The Center called out for counselors in the Orlando area to answer calls on their hotline service. Those who would like to speak to a counselor can call 1-407-228-1446.

If you live in or have been traveling to Orlando, nonprofit Progress Florida suggests using Facebook’s Safety Check-in here to let your friends and family know that you’re safe.

Show your support by attending a vigil in your city. Equality Florida is planning a vigil for tonight—you can sign up here to get information from EQFL. Public vigils are also being held in New York, L.A., and more major cities across the country this evening.