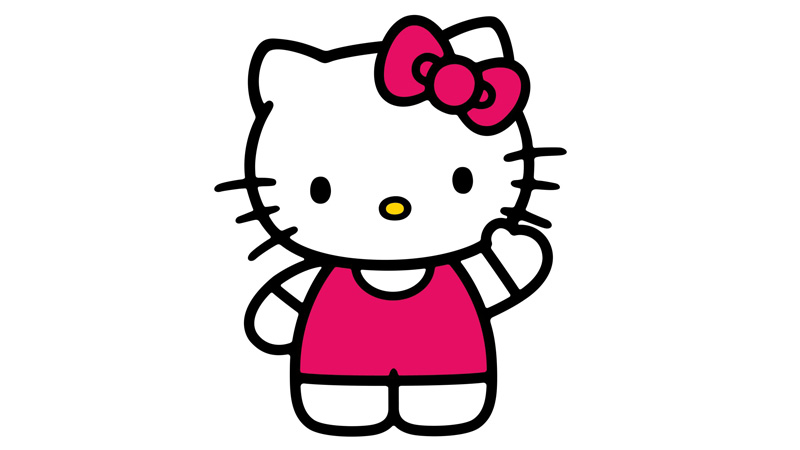 For 40 years, Hello Kitty has been delighting fans with her cute little (expressionless?) face, charming demeanor, and that adorable little bow. Introduced by Sanrio in Japan in 1974, the kitty has been a part of the global “cute” culture ever since, and this fall, she’s celebrating her 40th birthday with an epic retrospective at the Japanese American National Museum, followed by the first-ever Hello Kitty Con at the Museum of Contemporary Art in L.A.

But guess what, people. Hello Kitty is apparently not a cat.

The Los Angeles Times interviewed Christine R. Yano, the author of the book Pink Globalization: Hello Kitty’s Trek Across the Pacific and the curator of the retrospective, who discovered while she was preparing materials for the exhibit that Hello Kitty is no cat after all.

“I was corrected — very firmly,” she says. “That’s one correction Sanrio made for my script for the show. Hello Kitty is not a cat. She’s a cartoon character. She is a little girl. She is a friend. But she is not a cat. She’s never depicted on all fours. She walks and sits like a two-legged creature. She does have a pet cat of her own, however, and it’s called Charmmy Kitty.”

That’s right, not a cat. But wait, there’s more! According to Yano, Hello Kitty is a British third-grader named Kitty White. She’s a Scorpio, and she loves apple pie. According to her biography on Sanrio’s site, she also is “as tall as five apples and as heavy as three,” and also has a twin sister named Mimmy.

If your reaction to this news is anything like ours, you’re probably thinking: WHAT.

And you’re not alone! Following the big reveal, a slew of reactions followed including:

If Hello Kitty was lying to us all these years about being a cat then that’s kinda sociopathic. SOUNDS LIKE A CAT TO ME

Has anyone alerted @AvrilLavigne to this hello kitty news?

… to which Hello Kitty herself replied:

If your mind is blown and you’re finding yourself wondering if all of the favorite characters of your youth are really a lie, have no fair: Mr. Owl really is an owl, according to Mr. Owl.

I’d like to assure each and every one of my followers,I’m really an Owl. #HelloKitty #hellokittyisnotacat Hello Kitty pic.twitter.com/2CxLjfyqAB