It’s been established in countless paparazzi shots that Heidi Klum likes to go without a bikini top on the beach. This much we know to be true. And in a new interview, Klum explained that her affinity for letting it all hang out began in childhood. “I grew up going to nude beaches with my parents, so I’m a nudist,” she told Ocean Drive. “I have no problems with nudity at all. I’m very free.”

She doesn’t just keep her nudist values for the beach—she’s free enough to post topless shots on Instagram, even. But when it comes to the beach, Klum added that the sandy spots she frequents are not populated with massive amounts of tourists or whatever. “When I go to the beach, it’s in a very remote place where there are not a lot of people, and I like to go topless,” she said. 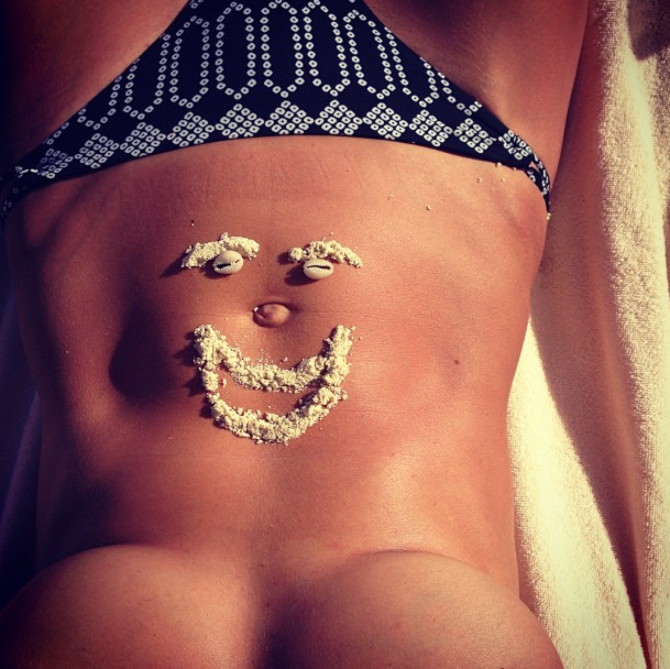 It might sound crazy, but Klum has had to fight hard for that body of hers—and she isn’t afraid to show it off. The biggest criticism she’s received, she said, is “that I’m too curvy. Too feminine. I got that a lot. That I should be skinnier. And that I’m not edgy enough and a little too happy half of the time.” In her industry, there’s always going to be someone who has something to say about your looks. “Everyone was always telling me maybe I should skip a meal or I should go on these [diet] pills. I just always stuck to my guns and thought either they want me the way I am or this is not the right job for me.”

Yes! We need more of this kind of attitude out there in the modeling industry. Queen Klum, keep doing what you’re doing.