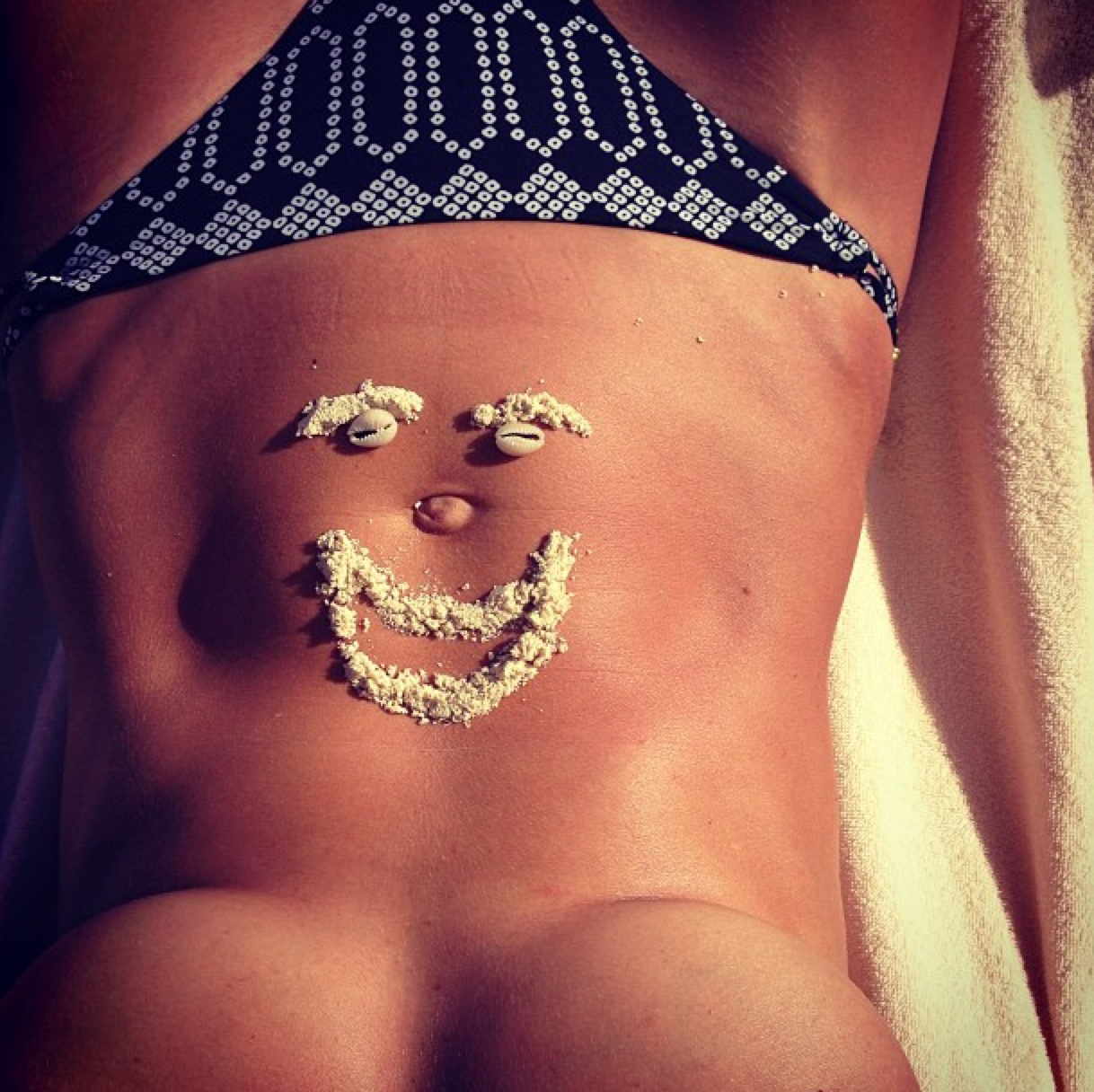 You know what they say: If you’ve got it, flaunt it. But is there a limit to how much you should be flaunting? Heidi Klum certainly doesn’t seem to think so.

The 40-year-old model and “America’s Got Talent” judge has been far more, um, visible in the media lately, thanks to her newfound love of posting scantily-clad selfies on Twitter and Instagram.

Just last week, we couldn’t help but comment on her July 4th photo, which showed off her sandy butt in a bikini. And yesterday, she posted the above topless photo on her social media accounts, featuring an outrageous amount of cleavage and a happy face fashioned out of sand and shells. The caption was simple: “Smile!”

Now, we’re not judging Klum. After all, it’s her account—she can post what she wants. But is this the right kind of message for a mother of four to be posting? Klum once famously stated that her children see her and ex-husband Seal naked all the time, so obviously she has no qualms about nudity. As her kids age, though, we’re wondering if the model will continue being so open about her body on social media.

Regardless, if Heidi wants to keep showing off that body, we’re pretty sure she won’t get that many protests.

What do you think of Klum’s sexy photos?