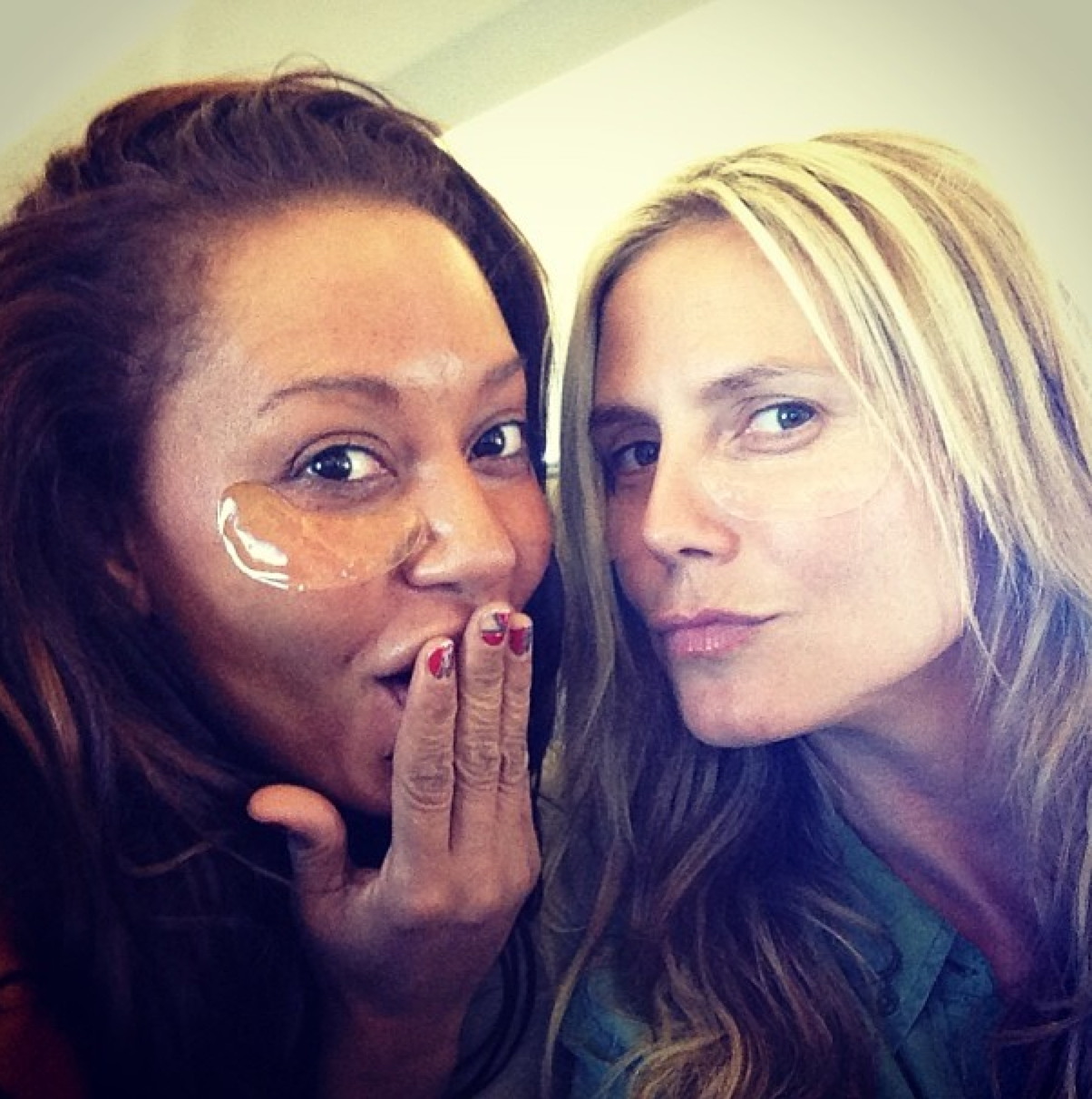 She may be 40 years old, but she’s also fearless. Obviously, we’ve mentioned that former supermodel and TV mogul Heidi Klum has no issue with showing off her body (and we mean all of her body) on her social media accounts, but now she’s boldly ventured into a territory where many women are afraid to go: A makeup-free territory.

More: Gwyneth Paltrow Poses in No Makeup and a Bikini

Last night, Klum to Instagram to share a picture of her and her fellow “America’s Got Talent” judge former Spice Girl Mel B indulging in a spa treatment—completely sans makeup! Klum captioned the photo, “eye treatment! you won’t recognize us tomorrow on AGT.”

Obviously, Klum looks fantastic. Somehow all of those days she spends soaking up the sun on the beach and taking topless photos have had a positive effect on her skin. We wish more starlets would follow suit and show off their natural faces—we all know they’re gorgeous!

Other A-listers who’ve recently shed their second skin for the Instagram camera include Gwyneth Paltrow and Jennifer Aniston.

What do you think of Heidi Klum’s selfie?