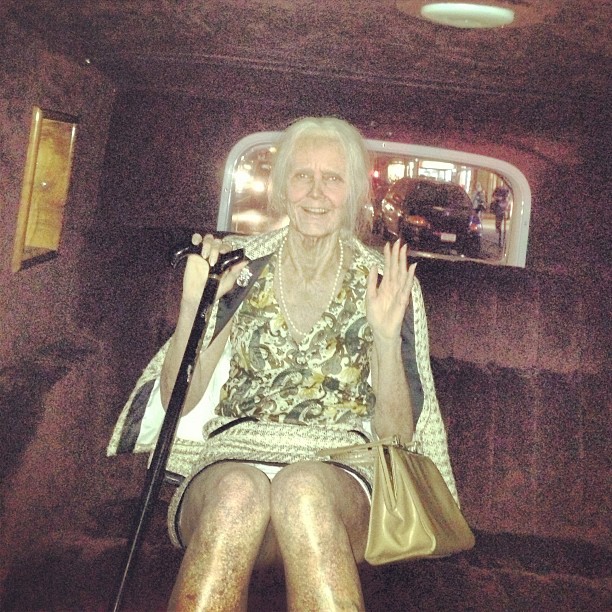 It’s par for the course that Heidi Klum—the unofficial queen of Halloween—always plans to stagger us with her elaborate, clever, and—at this point—downright legendary costumes, but it seems the supermodel and TV star has outdone herself this year. Instead of covering herself with paint or wearing some insane headpiece, Klum literally transformed into an old lady, and the results were seriously incredible.

The 40-year-old posted a series of photos to her Instagram account that revealed the seemingly painstaking amount of detail that went into creating the geriatric costume, complete with sagging knees, shriveled hands, age spots, and the staggeringly realistic wrinkled neck skin typically associated with old ladies. 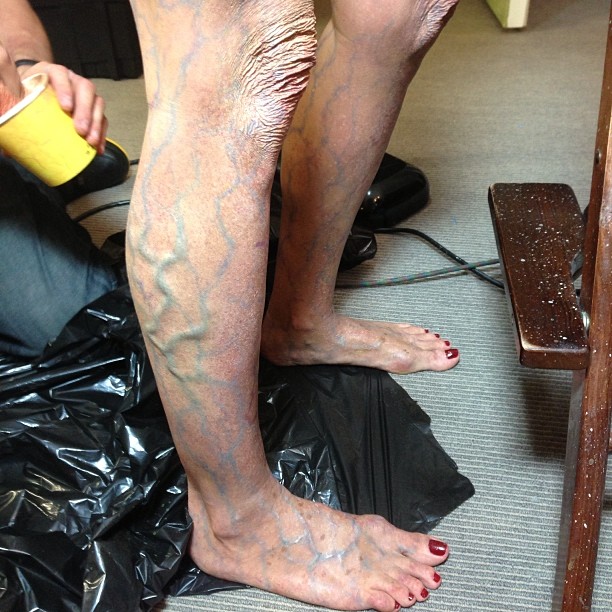 Judging from the photos, Klum’s costume was no small feat: She had at least four people working to create her aged facade, including airbrush-wielders to fabricate bizarrely lifelike three-dimensional blue varicose veins on her legs and hands, and to create the less-than-taut neck skin.

For over a decade, Klum’s been known for her exceptional dedication to Halloween, often throwing over-the-top parties and stealing the show with her extravagant, immensely detailed costumes that have included a Hindu goddess, Cleopatra, and a skinless body, all of which are impeccably (and impressively) rendered.

We have to say though, we think this year’s old lady costume officially wins Halloween, both past and present. 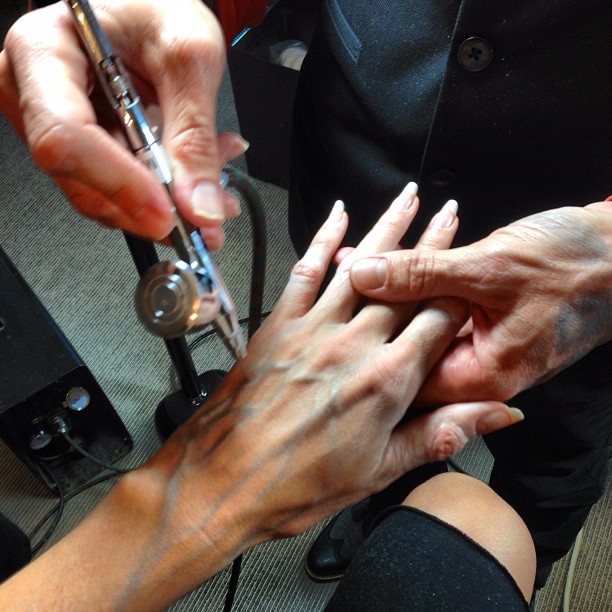 What do you think of Heidi Klum’s Halloween costume? Let us know below, and check out more pics of the model’s incredible transformation here. 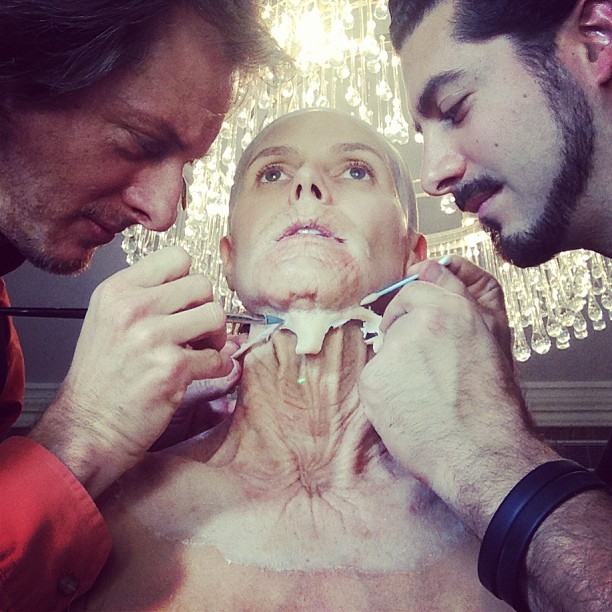